Novel Updates
RegisterLogin
Theme
Search
Your changes has been saved.
No Protection Tonight 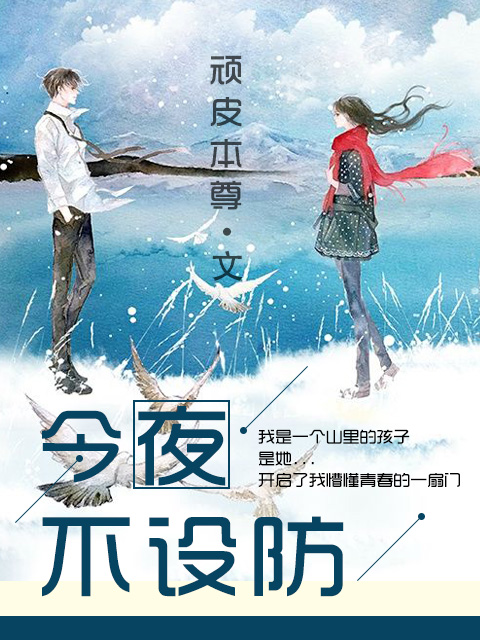 One entry per line
顽皮本尊

Status in Country of Origin. One entry per line
1622 Chapters (Completed)

One entry per line
竹子书

Zhuang Feng is in his last year of high school, and he’s just moved to the city. He lives with his good-for-nothing cousin, who’s always on business trips falling for get-rich-quick scams, and his Saozi (sister-in-law), who tries to make his life miserable as much as possible. There’s one upside, though; she. is. freaking. hot. But one day, he found a piece of her underwear in the bathroom…. And unfolded a series of events that will turn his life upside down.

One entry per line
NPT
今夜不设防

These are recommendation lists which contains No Protection Tonight. You should give them a visit if you're looking for similar novels to read. Alternatively, you can also create your own list.
More Lists >>>

I skim ahead with mtl. It is netori. MC steal the saozi. ... more>>
Spoiler

MC also wavering between saozi and his official girlfriend.

Later there is a hint of wuxia element. MC is inheritor of martial art skill, there is cultivation involving sex.

[collapse]
Not a bad read, but the plot move too slow and the sexual bit came in too little dose. <<less
0 Likes · Like Permalink | Report

Hello! I'm Serra, the (former) translator for No Protection Tonight. Here's a couple of points I wish to make for you to keep in mind while you're reading this series. 1. THIS IS NOT NETORARE. 2. Please do not change what I put in the genres and tags. MANY ASPECTS OF THIS NOVEL are not present in the first couple chapters; however, this is absolutely NOT an excuse for you to put this series off until there are more releases. Please have some patience; this is truly a wonderful series that I... more>> hope will not go to waste. One of my worst fears is for someone to ignorantly remove the tags and genres that I added, or add tags that are nonexistent in the plot. Please REFRAIN from posting reviews BEFORE you have read to the latest translated chapter, unless you really think the story is that bad. If you do, I whole-heartedly welcome CONSTRUCTIVE criticism on the plot or my translations. This should go for all novels on this site. Be wary of reviews that just spout "I don't like these genres, so this novel is bad". The worth of a book is not measured by "what" it is, but rather how well-written and entertaining it is. 3. This is a DOMINANT MC (with a bit of as*hole mixed up in there, as mentioned by some of my readers). He may seem like a bumbling dunce in the single-digit chapters, but once you get to double-digits, Zhuang Feng really starts to get his way around things. Thank you for reading my translation! -Serra <<less
58 Likes · Like Permalink | Report

Although I haven't read a lot of the series yet and I will change my rating once I read more, but as of so far I am giving this novel a 2 star. I just find the way the step aunty acts extremely odd and out of character to what the author is trying to portray her as. I'm not sure what the author is trying to get at. Is she a slut? Is she pure? What the hell are you trying to portray her as? ... more>>
Spoiler

In the first few chapters the author portrays her as a who*e who goes out with other men behind her husbands back. Then she uses the MC for his "fluids" like it is nothing. But then, you get to know a little about her history. Basically she and her husband are supposed to be extremely loyal with each other. Ok so on to the plot. After making her appear to be a slut, the author decides to make use "feel" for her situation and suddenly portrays her as this lovely wife who is stuck in an extremely bad marriage. However, throughout the 10+ chapters I've read, I have not been able to see her as anything but a slut.

I’m not the best at writing reviews and I may not have read too many Chinese novels so mabey my perspective may be skewed from lack of exposure but so far it has been a pretty refreshing read to me. The characters have a lot of dearth and backstory and at least compared to what I have read prior it’s portrayed in a shorter and more spread out way compared to other which were more like here’s an entire chapter only talking about thier backstory and never mentions it again. ~The... more>> inquisitive Phoenix of the endless library <<less
6 Likes · Like Permalink | Report

Writing is really somewhat better than other Chinese novels, but main character is the same guy we saw in any other novel. Same story too, just a rearrangement of cliches. Boring to the extreme.
I cannot comprehend why I still give these novels benefit of the doubt. To Serra: I will not modify tags as requested, but I sincerely doubt Netori will be appropriate. For that, MC has to actively assault Girl who does not want it and is still in ongoing relationship. MC will have to return his righteous club card... more>> then, and author would not bear to do that. 'DOMINANT MC' really cracked me up, no matter how you look at it as*hole MC is more appropriate. You have to really stretch a lot to find any difference between chinese MC and young masters he slaps. <<less
5 Likes · Like Permalink | Report

Amazing. It takes from 1st person of view unlike most chinese novel out there and at least it is better than most clueless-japanese beta MC. Though it is only 13 chapters now I could guess this is my next favorite after so long of searching novels like this. If not then I RIP. Thank you for bringing it here up there (still possible to edit)
5 Likes · Like Permalink | Report

I like this, our MC is simple and straight forward not hiding his desire and try his best to things happening to him. I guess sort of manly character that done things he think need to be done (not to evil not to good). Just a few chapters and each important characters have solid images! I hope they don't go back to just a little more than background characters. Looking forward to more chapters!!!
3 Likes · Like Permalink | Report

It has potential, but the MC is so naive and spineless. He keeps giving way before a**holes, I hope he will eventually grow a pair and destroy them because they deserve it 100 times over. It's so frustrating seeing his indecisiveness. It might be good eventually if the MC gets character development so I'll keep reading for now.
3 Likes · Like Permalink | Report

For now is a good novel, the MC is still evolving gradually and their relationship together with women develops gradually. Our MC is a master of the fight, he will beat all the valentiums and idiots in his way, his interactions with his harem members so far are well made, with good dialogues and reactions. > Characters:... more>> MC: A little different from what I imagined, but I liked it. He seems to be submissive at first, but that changes with the course of the novel. Your Tangsao: Do ​​not judge your character by the beginning of the novel, it gets a good development and you end up liking it, I can not say much since I'm in the early 35/1400 +, but I'm expecting great things for your character. The girl from the school of the rich dad's daughter (I forgot her name) : She has turned out to be a character without much depth, I expect an evolution in her personality and mentality, not just a friend of sex. ************** SPOILER *************** -I not know using commands... >I received a spoiler about a future lesbian girl, I particularly have nothing against, but I really do not like it when MC members have that personality, I still do not know if there is a lesbian s*x (I hope not), but for you who is reading, is warned. edit 1:It ended up not have a lesbian s*x (thank you author and Serractica), only has menage, which is normal in adult harem works, I will continue to follow and edit this review until eventually it ends or drops. sorry my english it is not my native language :) <<less
2 Likes · Like Permalink | Report

U can say 13 is too early to judge but trust me with 1600 chapters and I'm writing a review means bad news.
0 Likes · Like Permalink | Report
Leave a Review (Guidelines)
You must be logged in to rate and post a review. Register an account to get started.