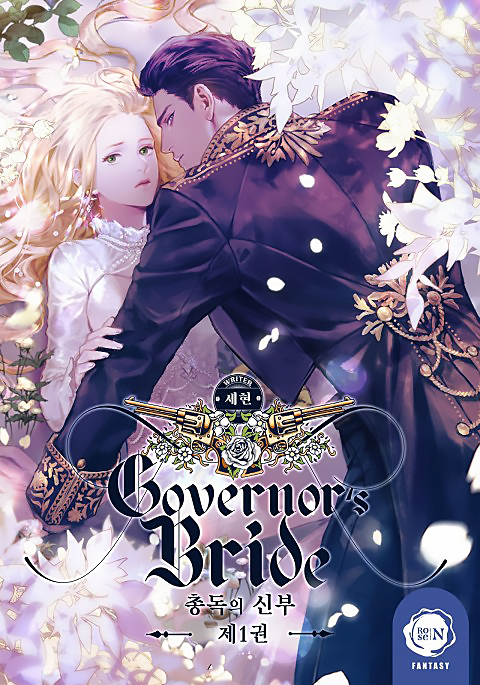 One entry per line
세현

One entry per line
샬이

Deertes, the descendant of a forest fairy and the noblest being of Ramedes.

The family’s honor was shattered by the crime of conspiracy. Even the life of the youngest brother was in great danger.

The only condition to pardon and save the family? Go to Bernst, a city in Saul, and marry the governor there.

Promising to become the governor’s bride, she boarded the ship headed to Saul. But before she could reach Bernst, the ship was attacked and Deertes’ life was put in danger.

The one who saved her was none other than Lachlan.

In another city of Saul, he was the Governor of Endeavour and was a man who shares a terrible relationship with Bernst.

However, the relief she felt upon being saved was short-lived, and to survive, Deertes must accept his terms.

“So make a vow. You shall be mine until the end of your life.”

This tenacious and coercive condition.

One entry per line
총독의신부

Baby Hostage’s So Cute (1)
Evelyn, The Red Moon (1)
Surviving as an Illegitimate Princess (1)
An Unexpected Proposal (1)

These are recommendation lists which contains Governor’s Bride. You should give them a visit if you're looking for similar novels to read. Alternatively, you can also create your own list.
More Lists >>>

Hi everyone, Nice work translator, translating the novel, so far I really loved the plot of this series, its different from usual and It really got me hooked now I indeed want to wait for the other chapters to be translated, and waiting to read them next. I usually prefer completed novels so that I can complete them in a short amount of time, but this time I really wanted to give this novel a try, wow but it got me hooked wish to read other chapters as well. No matter what... more>> others opinions are I would say the translator really did a wonderful job translating it really well, I wish that it doesn't gets dropped off in the middle of translation hope to see new chapters. <<less
5 Likes · Like Permalink | Report

It's well written and the translation is fantastic but the male lead is insufferable for me ... more>>
Spoiler

He treats her like sh*t for no actual reason, there's literally zero justification for his actions, she never did nothing to deserve this treatment. He literally wants to own her like a literal onject. There's plenty of dubious consent something which disappointed me since I saw no r*pe tag, I expected something better :')

[collapse]
The heroine is realistically portrayed, she's not overpowered since that would be unrealistic af considering she's a noble lady that never had to experience the harshness of the real world. She has an okay character, I agreed with some of her actions but at times she was too frustrating (something which can't be helped if you saw it from her pov as a noble). A great read that kinda gave me anxiety and anticipation about what will happen next. <<less
4 Likes · Like Permalink | Report
Leave a Review (Guidelines)
You must be logged in to rate and post a review. Register an account to get started.

Dao Of The Salted Fish (Salted...