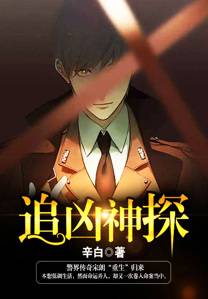 Status in Country of Origin. One entry per line
984 Chapters (Completed)

We follow the story of Song Lang, a genius in the police field, who due to unfortunate circumstances caused by his mortal enemy, now assumes the identity of a driver named Chen Shi. Although he had wanted to live out his days as an ordinary citizen, fate has other plans in store him. Finding himself in the position of prime suspect to a case, he assists a police officer to uncover the truth. Follow the adventures of Chen Shi as he is plunged back into the world of bizarre homicide investigations. Will he be fated to meet his enemy once again?

One entry per line
追凶神探

These are recommendation lists which contains Genius Detective. You should give them a visit if you're looking for similar novels to read. Alternatively, you can also create your own list.
More Lists >>>

A decent CN detective novel that you can speed read through.
Some flaws but not as bad as other CN detective novels "Crazy Detective", "Super Detective in the Fictional World", since you have an MC that actually uses his brains. But the looonnnng episodic nature of the series with little main development plot is quite annoying and somewhat illogical.
Barely 4 stars, objectively 3.5 at best. SUMMARY
A genius police officer is framed for a crime, and goes undercover as a taxi driver. He is given an opportunity to interact with... more>> the police force once again as a citizen consultant, and slowly starts to unravel his past while investigating ongoing crimes. COMMENTS
(1) Key word is SLOWLY
So... 180 chapters in, over 12 different criminal cases that MC investigated, and not a peep about his past or how he was forced underground into hiding. And at this point MC is a regular consultant for the police, even blatantly hanging out with people that used to know him with only friend who suspected him. I was expecting a grand reveal, but it only turns up post Chapter 250 and it's really quite lame.
Spoiler

Turns out MC was "sad" and "not thinking straight" after he escaped from being framed for the murder of his mentor and fiancee. He goes underground... without thinking of seeking revenge, just wanted to live a normal life. HUH???? So the genius upright detective just took the coward's way out? Seriously??? And it's only when he had the opportunity to be a citizen consultant that he decided to resume the investigation of his framing?? Shouldn't the normal plot be that he was continually investigating the criminal gang Zhou Xiao who framed him (it's basically "We are Negan" from Walking Dead) ?

MC randomly picked a face to do cosmetic surgery without thinking about it. Yup it's a permanent ugly change from his prev good looks, not a mask he's wearing. Then the criminal whose face he copied was still alive and coincidentally met the MC. Which is the dumbest way for plot progression. MC panics and starts acting really lamely to resolve the situation, while coincidentally solving a crime along the way.

[collapse]
Much better handled in other similar detective novels like Kindaichi, Conan, etc. (2) So-so cases If the multitude of criminal cases were really interesting then it might still be forgiveable. But the cases are quite mundane -- crimes of passion, crimes of greed, crimes of jealousy, etc. Just run-of-the-mill people committing run-of-the-mill crimes and think their really smart when covering things up. There's quite a lot of gore since I'm guessing MC was assisting the major crimes/homicide division. So it always ends up with murder, r*pe-murder, murder-rape, r*pe-murder-rape, and every other d*mn combination that you can think of. Yea, we get it. Chinese men are pointlessly violent towards women. And this might be author's lame attempt at titillation since the wanton r*pe and cruelty is described in detail. Definitely not your "Conan murder mystery", it's R-18 for sure. As per @pldl, it's a police procedural drama. Unfortunately, it's not really a whodunnit type style, and there's very little evidence for readers to guess-ahead. The pace is really fast, and major evidence is constantly being discovered due to MC's genius foresight because he already "knew" who the criminal is right from the beginning. So a typical case would go like this... very static and doesn't invite readers to participate:
- Murder happens
- Suspect A/B/C/D/E are equally likely to be it
- MC already knows who it is, and it's often for unusual motives that only MC can come up with (no idea how/why since we aren't given enough evidence)
- MC investigates almost entirely from his initial hypothesis, and then discovers a torrent of evidence along the way.
- Author throws a few red-herrings along the way, but the entire plot is already set in stone. (3) Characters
MC is decent with a pragmatic viewpoint, not a boy-scout. He's a strict enforcer of major tenets of the law, but ignores petty legalities like
Spoiler

- keeping left-over food or consummables from victims/perps since it'd spoil anyway.
- bribing/coercing/entrapment witnesses or criminals, which tends to be a big no-no in western/democratic countries

[collapse]
So, basically a chaotic-good alignment type character. The problem is the police force is just really dumb and rely on MC for everything. No out-of-the-box thinking, just brute force exhaustive investigation. Often times the method of solving is just straight up breaking of civil rights... except this is China so there are no civil rights.
The female lead is a major disappointment. Besides being beautiful with a strong sense of justice, she only gains tiny amounts of wisdom and experience, but doesn't otherwise level up her capabilities in solving crimes. i.e. just a wallflower. There's some saving grace with two interesting characters, but that's it:
Spoiler

(1) the little girl MC semi-adopted that's really intelligent and just as chaotic as MC in resolving her own issues
(2) the worldly elderly entrepreneur that commits various minor white collar crimes, has a failed family life, but reaches an interesting, messed up friendship with MC

[collapse]
Just wish author brought up the police capabilities. Only the forensic specialist (who used to be MC's buddy) is of any use but otherwise kinda boring. <<less

So far so good. The cases so far are satisfying. It makes me speculate what happened and how the culprit did it. I'll be much happier though if we focus much less on romance in this novel. The one they were pairing in this novel....I just dont see enough chemistry on them. Other than that, Im looking forward into seeing more gruesome murder and plot twist investigations
6 Likes · Like Permalink | Report

It is not a bad novel, but I had to drop it. It works like a procedural TV show, different case each episode, but in chapter arcs. However, I do not like most of those shows unless interaction between main leads is fun. The interaction of main leads are fun, but they are rare compared to case after case arcs, which became a little boring. So, I lost interest after a while.
5 Likes · Like Permalink | Report

I had to drop it, because that one character was just too frustrating. I liked the male lead and I liked the crime solving, but that one guy was really way too arrogant to be realistic and enjoyable.. The fact that he has such a high position and is idolized by his colleagues, but can't listen to basic reasoning and insists on following obviously flawed leads just makes me speechless. Hands down for the people who weren't bothered by it! I just hate him too much to continue this novel.
4 Likes · Like Permalink | Report

Was looking for a good novel with a smart protagonist without romance, but couldn’t find anything but this. Although this wasn’t what I was looking for, I’m completely satisfied. The romance is a slow burn and the two care about their work over personal life so it doesn’t get in the way of the plot. There’s cute moments along with bad ass scenes where MC shows his skills.
4 Likes · Like Permalink | Report

A novel with a s*upid plot. His reasons for going into hiding is especially s*upid. You'll have to throw your brains away to enjoy this novel. I gave it a one star just because nothing exists below that.
2 Likes · Like Permalink | Report

it's good and I recommend it to others to read but this type of novel is not my cup of tea I guess. I decided to dropped it unfortunately. The personality of the MC is entertaining. The MC head no system or power but he uses his brain and experience to solve cases. But the way the story goes is kinda boring or tiring for me to read. It's like watching detective Conan or something similar series.
1 Likes · Like Permalink | Report

I read this on a whim because I got tired of xianxia, etc stories and what do you know. A solid 5 star. The main protagonist has issues but he’s not a depressive character. He loves his job, has a sparkling sense of humor plus he’s a very upbeat character. The cases he and his team investigate go from light to the very dark, plumbing the depths of human nature then splitting it wide open to reveal its rotten core. Thru it all, the MC maintains his spirit and equilibrium,... more>> meeting challenges, even his watching nemesis, unlike any detective I’ve read or seen on TV before. He’s a very engaging and engaged character, which is very surprising because he lives a life which seems hopeless at first glance. I give credit to the author. He created a character who refuses to be quiet and forgotten in a corner. In whatever name or face or form, he fights and wins simply because he’s too damn stubborn to lose. <<less
1 Likes · Like Permalink | Report

So far so intriguing and so good. A very enjoyable and exciting read. Will update more when the chapters are catching up again to binge-read :)
1 Likes · Like Permalink | Report

I just wanna rant something about this novel. The story hella good. I like it. I also like how the MC do things. Only one thing I don't like here.
Spoiler

Why the hell 'He' became a captain? Seriously?! I believe the subordinate more competent than him! He is just an egoistic leader. Why that kind of person can become a captain?