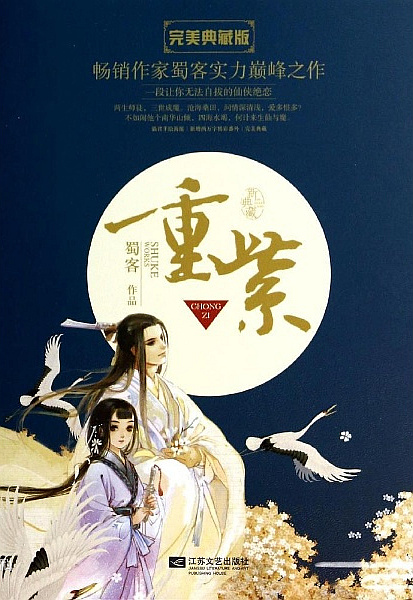 Status in Country of Origin. One entry per line
61 Chapters (Completed)

Chongzi, the pure and kind child was saved by Immortal Chu Bufu. She was determined to cultivate immortals in Nanhua but was rejected because of the devilish aura she was born with and was suspected of falling into the devil like the previous Demon King Ni Lun.

Luo Yinfan, Protector of Xianmen surprisingly accepted Chongzi as his only disciple. She relied heavily on Luo Yinfan and wished to always be by his side. Luo Yinfan also promised to protect her. The conspiracy caused Chongzi to be misunderstood so Luo Yinfan was forced to kill her to prevent her from falling into the devil.

In her second life, Chongzi came to Nanhua again and Luo Yinfan recognized her at one glance. In order to protect her, he sealed the demonic aura within her and made her his disciple. However, there was no escape from the wheel of fate. Chongzi is once again the target of a conspiracy. In anger, she embraced her demonic side and couldn’t turn back.

Fate had played a cruel joke on the two of them. One was the Xianmen Protector who carried the world on his shoulders while the other had the blood of the demon clan flowing in her veins. They were helplessly in love, helplessly turning against each other, yet they still couldn’t escape their feelings.

Fate is never merciful, the grievances between immortals and demons never end because everything has just begun. Can their love shake the rules of heaven and earth?

One entry per line
重紫.

These are recommendation lists which contains Chong Zi. You should give them a visit if you're looking for similar novels to read. Alternatively, you can also create your own list.
N/A

This is so gross, honestly I really dislike this kind of relationship and misunderstood. It seem female author don't know how to write well cultivated novel. They are really obsessive with man and romance. It seem they can't live without them. Honestly if they want to write well romance, they should make MC independent and move on from past or toxic man. They should focus more on cultivation rather than man. Author shouldn't make MC rely on man and have abuse and toxic relationship with him. Man only make MC... more>> weak and s*upid. It's gross to think its romance when it's just MC having relationship with murder ML who kill her. Girl sure have type for murder <<less
1 Likes · Like Permalink | Report
Advertisements
Leave a Review (Guidelines)
You must be logged in to rate and post a review. Register an account to get started.