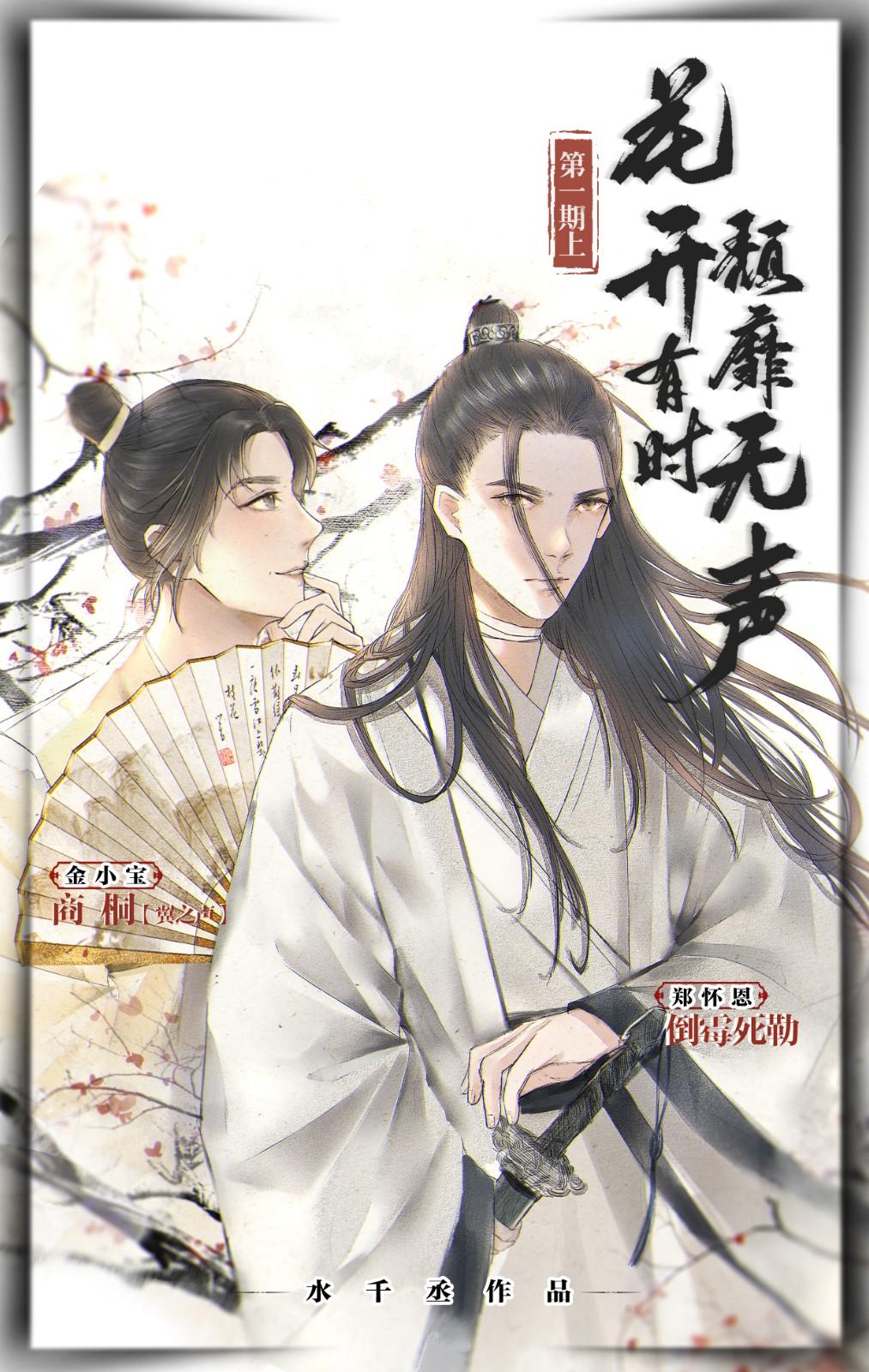 Status in Country of Origin. One entry per line
118 chapters + 1 extra (Complete)

The son of the wealthiest man along the Jiangnan region falls in love with an icy white-clothed “beauty” due to an unexpected meeting, but the true identity of this “beauty” is actually……

Handsome and distinguished with an outstanding temperament: Jin Xiao Bao is not fated to be described as such. But as the Young Master of the great Jin family, who is funny, considerate and generous, he would be a good match even if the other person was the emperor’s daughter!

The pitiful round and plump Jin Xiao Bao, whose marriage proposals have all failed; just when multiple doors have closed repeatedly for this little fatty, he actually coincidentally picked up a fairy on this very night?! Gazing at those incomparably beautiful features, staring at that imposing, cool as an iceberg manner, – dad~ mom~ your son has found his wife!

But this future wife, the young lady Huai En, seems to have aroused a lot of enmity. Once again on another dark and windy moonless night, a bloody night, a heavily injured Huai En was tainted by aphrodisiac from the enemy. – Such a good opportunity for the handsome hero to save the beauty! The Young Master of the Jin family who made his glorious debut, was actually valiantly pushed down by the “wife”?!

These are recommendation lists which contains Blooming Flowers, Silent Sorrow. You should give them a visit if you're looking for similar novels to read. Alternatively, you can also create your own list.
More Lists >>>

This is the author, Shui Qian Cheng's first work. She wrote this novel in 2010 when she was a 3rd year University student. Later on she wrote my favourite BL novels like Professional Stuntman, Years in Intoxication, Beloved Enemy, In Love With An Idiot and My Little Poplar. What I enjoy reading this author's bl novel is to stomach her strong flavourful recipe of angst, pent-up frustrations, betrayal, violence, rape, passion, obsession, love and sex. When reading her novels, I get to experience all sorts of feelings - when you hate..... more>> you really hate it a lot. When you love, you really love it to the point of blinded obsession. When you feel sad and desperate, you really break down and cry shamelessly. She just stirred all sorts of emotions in me with her novels being so engaging. This novel has all of these ingredients - obsession, love, passion, betrayal, angst, frustrations and circumstantial rape. There are a total of 118 chapter + 1 extra. The first 40-50 chapters are more of the relationship development of the MC and ML. How the cold and arrogant beautiful ML fell in love with the good-for-nothing fatty MC. After their honeymoon and thereafter, hold tight and prepare for a roller coaster ride of emotions as the story picked up tempo as the plot thickens and more characters are added. The ending was satisfying but I would have wished the author could have tied up some lose ends with regards to the ML's status as a prince and punished the scheming empress. At the end, the Emperor met his long lost son, the ML. But as we know ML only wanted his relationship back with the MC and nothing else, the Emperor let him be and nothing else developed which really made the fact that ML is part of royalty pointless, since there's no leverage on his status and birth as a prince with lineage to the Emperor. The author could perhaps improve the plot for example, the Emperor disguised himself as an old farmer or trader to get close to his son, mentored him about human relationships, rescue him during his times of need and let him leverage on his army to fight the Tong Sect, or direct confrontation with his ML's adopted father. Develop a close and warm father-son relationship and make up the lost years with his son. And in the end, support ML's decision to live a carefree life with MC. Lol! 🤣 why am I soliciting for more screen time for the Emperor? Haha... ML grew up without any parental love and guidance. His adopted father made use of him selfishly to complete missions and eventually to kill the ML's biological father and take the throne. So it's no wonder why the ML is cold, arrogant, aloof and lack of EQ for human relationships. Until he met the wealthy, kind, happy-go-lucky, cute, gullible and good-for-nothing, fatty MC who loved him blindly. The MC is kind, filial and gullible. He was smitten and in love with ML and chased him shamelessly until he was betrayed by ML. As a result, his family lost all their riches, his adopted sister was kidnapped and he himself was tortured and his body poisoned. The MC lost a lot of weight during his bout of illness and hated ML to the core. But eventually, ML perseverance and sincerity won MC's heart back after a long, perilous journey. There's no right and wrong n both MC and ML's behaviour and stance in their relationship since circumstances and upbringing made them act and behave this way.
Spoiler

Read the spoilers in detail in Facebook, search for Chinese BL Novels.

A Lord of Death