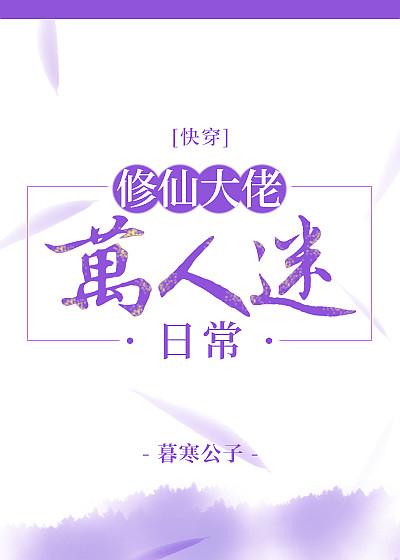 One entry per line
暮寒公子

Status in Country of Origin. One entry per line
145 Chapters (Completed)

A master of the cultivation world, the sword god of his generation, Luo Jiujiang is unmatched in the four arts and proficient in all kinds of weapons.

From the time he decided to embark on the road of quick transmigration, the scumbags of all worlds were destined to be caught in turmoil.

Since then, every world’s scum gong has been face-slapped to a rap beat by him. And Luo Jiujiang starts bewildering people in various worlds every day.

One entry per line
修仙大佬万人迷日常[快穿]

These are recommendation lists which contains Bigshot Cultivator Bewildering People Every Day. You should give them a visit if you're looking for similar novels to read. Alternatively, you can also create your own list.
More Lists >>>

Got bored halfway through the first arc. 1st arc is 32 chapters long. MC and ML met in the early chapters and ML instantly fell in love, so no relationship development. MC participates in variety show - and it is the most boring generic stuff (easyly the worst I've read). There are some cannon fodder who try to scheme against MC in the name of Scum, but MC only purpose to enrol is to be with ML so I'm not sure he even remembers their names. (But we get to read... more>> their P.O.V. Fun.). About Scum - apart of that funny scene in the beginning MC doesn't even look in his direction. He was cleared by ML and the System. All comedy that was in earlier chapters disappeared until arc 2. In conclusion: It's very hard to be invested in anything if 1) the MC is not interested in any of this and 2) the stakes are all time low. 32 chapters is WAY too long to be reading same scenes again and again. I was considering dropping this novel right there but was kinda curious if there was some impruvements. Arc 2 is 23 chapters long. HUGE trigger warning for eating disorders in arc 2. I mean it. It's awful. Well, some improvements were made. Like ML didn't immediately fell for MC so we get to witness some relationship development. Comedy also returnes. Very black comedy, I must add. Also, if you skipped the story of what happened to the original owner and think that you are safe - MCs approach is "an eye for an eye". I hope the author didn't think it was funny, but I'm not sure... All in all - it was Ok. Alot of stuff was becoming repetitive by the end, but not that bad. Enough for me to start reading arc 3. Arc 3 is 32 chapters long (from 57 to 89). I dropped it after 11 chapters. Stupp that was becoming boring in the last arc became insufferable in this arc. Scenes that should be short goes on, and on, and on. Again, ML immediately fell for MC. Also, MC finished his world task in a matter of hours after the transmigration. And I asked myself: what I should care about here? ML - in love, task - finished (not like MC cared about in the first place, but still). I guess there are some new things going on, like
Spoiler

ML remembering previous 2 worlds, but it does not influence anything. Also maybe another omega character (it's an ABO world) was starting to remember the original world where MC and ML are from (MC subtly hinted that he reminds him of his friend. Several times).

[collapse]
But by this point beating my head against the wall was sounding like a more fun way to spend time. And there are still 21 chapters of this arc left. Was it the worst I've ever read? No. It bored me to death, but it didn't make me angry. <<less
7 Likes · Like Permalink | Report

It's too much of a drag to read anymore. Honestly the character of the MC n ML are pretty distinct and even the system is a real helpful one (not the usual only knows how to act cute or always pits the MC type). Even the logic is pretty clear. BUT the world arcs are so.... Boring, there's really no interest to it even the MC doesn't care. I would love to read the prequel (how they met n how the MC saved his world) and sequal (the honeymoon after... more>> everything is over) of this rather than the current story. <<less
2 Likes · Like Permalink | Report

It's early in the story still but it looks promising so far. It's a comedy QT with an OP protagonist and a bit of a twist on the standard QT tropes: (1) the MC is from an ancient world traveling to the modern world, and so is unused to technology and what he can get his system to do, and (2) the MC starts out deeply in mutual love with the ML, and must QT because his partner's soul has been scattered across various worlds and he has to meet... more>> each "target" and heal them to collect the soul fragment to piece his love back together (not really a spoiler if it's revealed within the first 7 chapters). So instead of the ML meeting the MC in one world, falling in love with him, and following him through the multiverse, it's the MC tracking the ML out of loyalty to his love, which also makes him that much more driven and single-mindedly eager in his journey. Keeping an eye on this one. <<less
2 Likes · Like Permalink | Report

Initial score 3/5. Will edit later. I MTLed till Ch 54 after reading the few translated chapters that were available. I'm still going through the second arc, so you can understand that the arcs are pretty long. I honestly don't hate this one. The MC is OP, the ML is nice, not r*pey or overly dominant. And the initial premise was good. MC being a powerful cultivator from another world explains his overpowered nature. The problem is that the there is no thrill.
Spoiler

MC's goal is to gather the fragmented parts of his lover's soul. As much as I understood from the MTL, the ML is a very powerful dragon and he and the MC are dao partners. But I found their interactions in each arc to be repetitive and bland. There's way too much idealistic and cheesy behavior which makes the romance seem unreal at times. Moreover, we've been told that "Heaven" is supposed to be against them but the MC apparently has to use just a little bit more of his powers and heaven is turned into a useless entity. In the ending of the 1st arc, MC went completely overboard with the use of his superpower, to the point that millions of internet users saw him being OP. All heaven/the world's consciousness could do was ban the MC AFTER he decided to leave that world with the ML's soul fragment. I understand that the MC is very powerful, but the way the author portrays the MC makes me feel like the MC is a dumbass. He could've solved many of the problems in an easy manner but chooses to go overboard. And yet, he doesn't use his powers where he could have used them to solve his problems more easily. Basically, I feel that the author isn't sure about how his MC should be and just arbitrarily decides to make him do whatever suits his purpose.

[collapse]
Still, I'll wait for the translations to see if the quality seems better in the translated version. You can give it a try after a few more chapters have been translated or you could MTL. This is an OK novel for QT lovers, but I'd recommend reading something else if you need to read something worthwhile.
1 Likes · Like Permalink | Report

*Rating: 4.5, rounded to 5 The story is hilarious and like most novels the MC is OP and deeply in love. However, the plot is more logical than most novels. While it does have a little of a sudden ending, the love between the MC and ML is cute. The scum doesn't really have much of a presence so the novel is mainly about the MC and the ML's interactions. It does have a little of a conspiracy theory at the end, it wasn't as abrupt as the other novels (it's... more>> been hinted) and doesn't seem like it was done on a whim. There are its flaws (with the heavy, depressing realism and nonsensical OP-ness of the MC) but it an be ignored. Cute story overall, recommended for reading casually. <<less
1 Likes · Like Permalink | Report

Looks promising, will write more after more chapters come out. For now the translator has done a good job Even if it's a QT novel the premise is different from the usual, and the MC voluntarily travels in the various world's. While in the other novels the ML usually follows MC to make him fall in love here it's him that pursues ML first Please forgive eventual grammar mistakes~
1 Likes · Like Permalink | Report
Advertisements
Leave a Review (Guidelines)
You must be logged in to rate and post a review. Register an account to get started.