Novel Updates
RegisterLogin
Theme
Search
Your changes has been saved.
Advertisements
Becoming a Movie Queen after Transmigrating as the Villain’s Cat 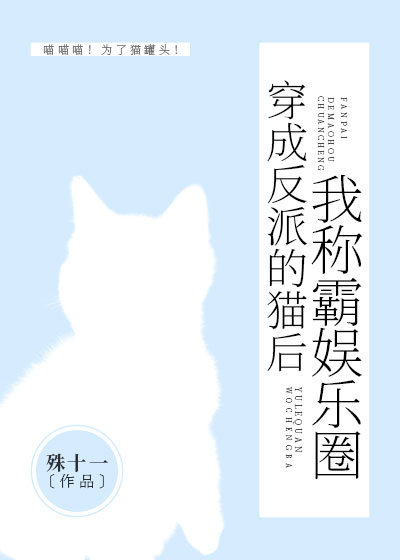 Status in Country of Origin. One entry per line
129 chapters complete

Coincidentally, Lin Sifei transmigrated to become the cat of a villain from a novel that she read.

Oh, but the villain was quite tragic. Her parents had both died when she was young, and she suffered quite a bit of humiliation. Even though she was quite lonely, her cat also ignored her. And because she was the villain and thus offended the novel’s original heroine, she was bankrupted by one of the many boyfriends of the aforementioned heroine.

Ah, she was very pitiful! Lin Sifei, after wiping away her tears of pity for the villain, decided to give her comfort and warmth, and vowed to get rid of that white lotus green tea heroine for her.

When the heroine worked in the company, Lin Sifei immediately used her ultimate cat spying powers to find her issues and got her fired.

When the heroine became a model, Lin Sifei immediately acted cute and used her power as a cute cat to get onto magazine covers instead of her.

And when the heroine attempted to start a career in the showbiz, Lin Sifei went “pow”, turned back into a human, and immediately showed everyone the charms of a true movie queen.

Luo Ke had been having dreams lately, dreaming that she was wandering on the streets alone, dying alone in the pouring rain.

When she woke up from those dreams, though, the ball of fur that was her cat near her shoulder would somehow give her warmth.

And she slowly realized that this cat she got seemed to really like her and stick to her… and her cat seemed to understand human language.

When her cat, suddenly, one day, became a person…

Luo Ke: To be honest, I’m not all that surprised.

Ah, Senior Brother is Actually a Sister! (1)
Female Mad Tyrant Cool (1)
I Can Talk to Cats (1)
My Time as a Cat in College (1)
The Imperial Doctor Belongs To The Princess (1)
Villainess, I’ll Pamper You (1)

These are recommendation lists which contains Becoming a Movie Queen after Transmigrating as the Villain’s Cat. You should give them a visit if you're looking for similar novels to read. Alternatively, you can also create your own list.
More Lists >>>

I’ll come back after I finish mtl but I’m enjoying it so far. From the first chapter, I can somewhat understand the MC and FL’s personalities. Keep up the great work translator!
10 Likes · Like Permalink | Report

5/5 fun, funny, very recommended. FL is supposed to be the villainess in the book, but it turned out she is just a very naive woman who is fooled by her whole family. She has a cold and detached mask so she wouldn't get approached easily. MC is transmigrated as FL's cat, and there are several words to describe her: Ruthless, Unforgiving, and Vicious.... more>> She did everything to protect FL, yet FL is still so naive so she had to protect her. MC is a very proud and smart cat, and FL is totally whipped after getting along with her a few ch.
Spoiler

When later MC became a human, FL is like, ok. Jpg

I caught up with the raws and as far as I can understand from uncle Google Translator the story seems super fun! The FL is basically cold on the outside but soft on the inside. (〃￣ω￣〃ゞ As the title says: our little MC is a transmigrated Movie Queen that died early but she seems to get accustomed to being a cat very quickly. (Unlike Huo Yu from Villainess With a Cat Changing System haha (*´∀｀）) Basically her only goal is to live an comfortable life as cat and wants our FL to have an happy ending. Their interactions ARE SUPER CUTE AND FLUFFY I LUV IT. I'm really looking forward to the english translations ❤️
Spoiler

Oh man, I completely forgot about this after the original translator dropped it. Since Foxaholic is picking it up again, I'll rate it to maybe hopefully encourage the translator to keep going and for posterity. Tis a pretty fluffy yuri novel, super cute, and deserving of 5 stars in the first 5 chapters I've read so far. I'll change it if it gets less good as it goes on.
5 Likes · Like Permalink | Report

It started out pretty good like really the first 60-70 chapters are pretty damn entertaining and we're following this very cool storyline where the leads find the company and love they've been missing for a long time I was really enjoying it but then.... Welp author just kills that pacing and decides to focus on the entertainment industry usual bullshit, what is up with Chinese Yuri and making the stories always having to include all that shit? I swear bro it's so boring for a while I really wanted to drop... more>> it, our MC Lin Sifei starts going to shoot movies and such and it was just a total drag for a while, the last couple chapters get interesting again but the middle is just plain boring. I do like both leads quite a lot, Lin Sifei is quite funny and entertaining, she's a little childish but quite cute and capable, willful but it never gets annoying and Luo Ke is a complete sweetheart she's suffered quite a bit and really doesn't like to expose her feelings to others for fear of being hurt but Lin Sifei is able to capture her heart and she just throws out all her love to her, she's a little black inside though lol has a lot of dangerous ideas but she herself knows it and tries her best to stay chill. The cat stuff was actually used pretty well for that first half too, it was pretty silly but it was never bothersome or useless and it had a pretty interesting dynamic but then author forgets that too... Like really guys this could have been so much more interesting without forcing Lin Sifei to be a movie queen, things were heading in a pretty interesting direction and then just had to force all that stuff and resolved the more interesting storyline in a chapter about Luo Kes family which had been built up pretty good and then it was wasted for useless boring TV shows with boring side characters just to jam in the movie queen stuff which like really if they'd made Lin Sifei whatever else would have been much more interesting, truly most of the last half is just padded chapters of useless entertainment circle bullshit. World feels a little empty too in the same way, like the author started building up various side characters that were quite interesting and then just f*cking hit the brakes completely forgets them halfway and introduced a new much less interesting and quite annoying side cast,
Spoiler

author introduces this actor that becomes Lin Sifei's friend and he's so f*cking boring bro and he's also gay, like Im here for Yuri god dammit why turn this into yaoi? And I mean that this character starts getting way too much f*cking screentime to solve his problems with some other dude and it's just boring predictable drama, then their problem stems from such a ret*rded misunderstanding like really one of the silliest most contrived misunderstandings I've seen in a while.

[collapse]
the first interesting side cast was just forgotten till the end where they show up for a bit... Welp Luo Ke's best friend and her relationship partner and Luo Ke's secretary had a lot of potential and are very interesting but they're forgotten. There's this antagonistic character that's hounding our couple from the beginning of the series and guess what? Yep she starts out quite interesting but then just kinda fizzles out of existence later and my God was her resolution horrible
Spoiler

after having worried our leads the while series she gets solved with 1 phone call from our powerful CEO Luo Ke... It was such a wet fart of a resolution she was built up so well.

[collapse]
Well while I sh*t a lot on the series the chemistry between our leads is great, they both have trust issues and are pretty vulnerable and seeing them get closer is great I really enjoyed their interactions they get together a little too easily and a lot of things are overlooked that you'd think would be a big deal but whatever I guess lol they're pretty entertaining if you like SOL cute relationships I do recommend it but well it was again just all right. God I just hate the entertainment circle trope lol I mean it can be done well I guess like in "she is the protagonist" where the MC is super entertaining to watch and everything she records is pure gold cuz her persona and dialogue is pure gold or "my feelings can wait" where it's actually well implemented and meaningful to the story. The ending like most Chinese stories feels rushed like it really felt like it needed 1 or two more chapters
Spoiler

their marriage was done in half a chapter while the proposal ceremony took like 2 and was much more interesting lol and it's especially disappointing cuz both leads were pretty hyped about the marriage and talked a lot about it, you know what takes up the other half of the chap though? Of course more f*cking useless movie filming and all that circle jerking

[collapse]
a bunch of characters are just forgotten and we get nothing on them which was quite disappointing. Welp a fun read the beginning is 4 stars but then it slowly grows worse, still a solid 3 stars though, fun, entertaining but I'd recommend others. <<less
4 Likes · Like Permalink | Report

So far its great, very cute and both MC and FL are likeable. I can tell this work is going to be a good read. MC is so funny and I like how quick she adapted to have been 'reborn as a cat, lol. Can't wait to read the rest! Thousand thanks to the translators!! Definitely a recommend work to read. ^^
3 Likes · Like Permalink | Report

The MC is hilarious, especially whenever the FL suspects her to be a human. Both MC and FL are smart and independent. What I keep on looking forward is how the MC tries to help the FL solve her future problems. It has a nice pace and so far, their growth towards each other is really natural.
2 Likes · Like Permalink | Report

The story is hilarious! The daily interactions between MC and FL is so interesting.
1 Likes · Like Permalink | Report
Advertisements
Leave a Review (Guidelines)
You must be logged in to rate and post a review. Register an account to get started.