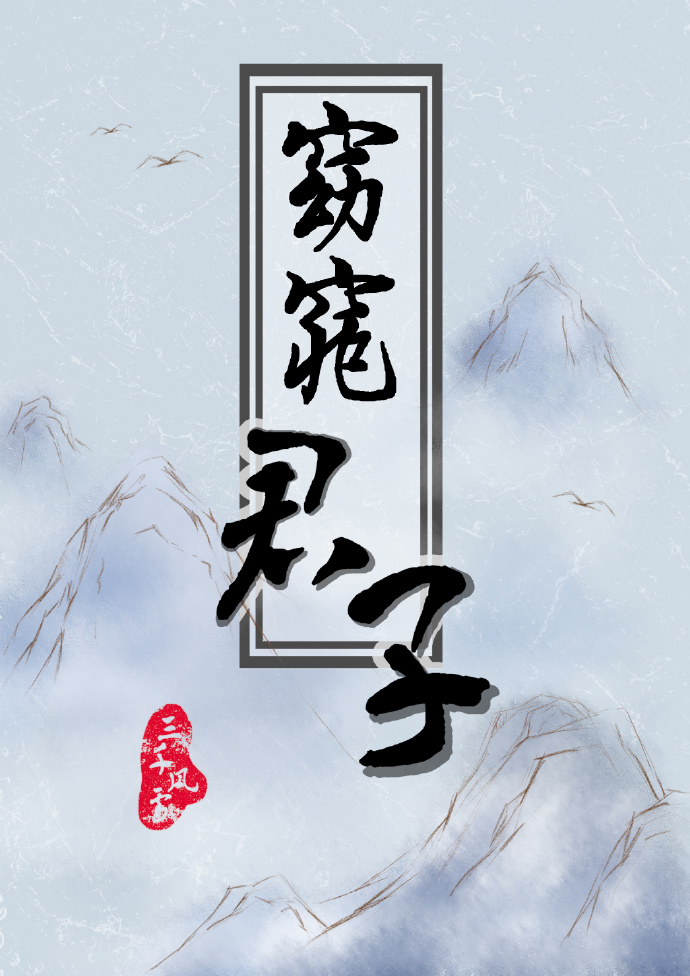 One entry per line
三千风雪

Status in Country of Origin. One entry per line
129 Chapters + 8 Extras (Completed)

The person with the best martial art skill in the world, whose prestige is unparalleled. The head disciple of TianQing sect, the leading sect of all Six Great sects, and Jianghu’s number one, Ming ChangYan shaoxia.

During a decisive battle, he slipped and fell.

His ten years of cultivation was completely annihilated and reduced to a normal human.

Fortunately, he was lucky enough to have fate decide that his life shouldn’t end there, and he survived.

The doctor told him, “To gain back your cultivation, enter the palace as a concubine!”

In order to get the medical herb that was given to the emperor by the XiYu Region, the immortal’s grass, Ming shaoxia could only wear a skirt, apply makeup, endure the humiliation, suffer patiently, and join the palace drama.

Unfortunately, just as he dressed up in drag and entered the palace, he meets the man he once picked up from under a mountain.

Ming ChangYan: I was joking just now…..this is too shameless!

If I were to be found out by him, my (old) number one reputation would go down the drain!

One entry per line
窈窕君子

These are recommendation lists which contains A Seductive Gentleman. You should give them a visit if you're looking for similar novels to read. Alternatively, you can also create your own list.
More Lists >>>

Alright, I'm writing this so that people wanting to read this gets a better insight on what this novel is really about. Overall Summary: A Seductive Gentleman is a story about our main character Ming ChangYan whom, you guessed it, lost all of his cultivation due to a fight with the six major sects of Jianghu. He was deemed evil due to the fact that he had killed an important figure (and also because people were extremely jealous of his skill and cultivation level). So in order to regain is cultivation... more>> and return to his sect, he has to go find the immortal grass that is said to be located in the Imperial Palace. So, he dresses up a concubine and sneaks into the palace to try to steal the immortal grass. Characters: Ming ChangYan is a shameless protagonist who's intelligent while hilarious at the same time. He barely gets embarrassed (unless it's in front of ML) and is headstrong at times. He's easy-going and overall a very kind guy that's been mistreated by greedy bastards. I honestly loved his character, he's so relatable to readers, which makes him very lovable. Our precious male lead... Oh my goodness is he adorable. Yun Qing, birth name Huai Yu, is such a freaking cute kid. Spoilers over their relationship:
Spoiler

He's such a tsundere at times. But he's not the type to reject his love and deny it, it's more like he's just really awkward and always gets the wrong idea when talking to MC. He pampers MC so much after they get together. He just super cute, like no joke. Like a comment I saw before, when he gets angry he just keeps it in him for as long as possible until either our MC calms him down or it explodes (the latter will happen once and it's pretty d (ﾟｰﾟ@) that's all I have to say about that. Huai Yu is a bit cold sometimes, but he's only like that when MC treats him like a child. This guy is eating so much vinegar that I'm surprised that he doesn't have high blood pressure by now.

[collapse]
The story overall isn't some cliche BL romance about forbidden love in the palace (yuck) it's a mystery/action and adventure over the two figuring out who's been mass murdering and annihilating different sects under Ming ChangYan's name. Be warned though, the story gets extremely dark at times and there are angsty parts that really just punch you in the gut. The plot line is wonderful, you think one thing is going to happen, but then is flips around and tricks you by making another occur. Humor wise, amazing. I laughed so much at the two main character's interactions. One is always making jokes and trying to coax the other, while the other party shuts him up with hilarious one-liners. I'm extremely sorry if my translation is poor in the beginning few chapters. This is my first project and I didn't really know much about translating! I'm improving and if anyone would like to point out any translation error of mine, please do tell me. <<less
77 Likes · Like Permalink | Report

Read this in Chinese. I loved it! It's a more 'lighthearted' bl - not as much angst and knives - and its short too. The main character (shou) is shameless and smart and he needles and teases the love interest endlessly. The love interest is stoic, intelligent and rational. Their dynamic is a little like Wei Wuxian/Lan Wangji from Mdzs. Anyway, I really enjoyed the dynamic of the two of them - they're really cute together and really funny too. Plot-wise it's about the main character figuring out who set... more>> him up for the fall that happens before the novel starts. There's a few side characters whom I love, but these side characters sometimes get really sad fates... Overall, I really loved this! A nice break from other mammoth and angst-laden bl. <<less
5 Likes · Like Permalink | Report

with the way this story jumps from the present to the past and back without structure or warning, its probably better to patiently wait for the translation. I tried to MTL a little and got completely lost. I can already tell this is one of those stories where flashbacks will play an important role in unraveling the story so if you hate flashbacks you might not like this one. So far its funny and interesting. I hope it keeps the humor all the way through.
4 Likes · Like Permalink | Report

TL;DR: It's a really interesting mystery-solving story, similar to Founder of Diabolism. The main characters and their interactions are great, but the writing (note, not the translation) is a little messy. The premise of the story, that of a framed cultivator's plummet from grace then subsequent rise to glory, is one I really like. And I agree with dona's point about the story being similar to MDZS/FoD, but I've read a lot of stories with similar characters and plots. The possibility of thinking up a completely unique storyline and characters... more>> is nearly impossible. Besides, both the main characters and story are different enough from FoD that I don't internally compare them while reading. Storyline: The story itself is pretty intriguing, especially because the MC isn't even sure what happened to him so we have an unreliable-narrator-type situation. Information is slowly revealed to us, mainly through other characters, which leaves more mystery for us. Even when the main focus isn't solving the mystery, the more filler-esque chapters are still fluffy and/or funny. However, a lot of the more crucial information is included in poorly-separated flashbacks, so it becomes extremely difficult to navigate what's current and what's not. Character introductions in a lot of these flashbacks are nonexistent as well. Sometimes, I'd end up reading a chapter with entirely new names and wonder if I'm reading the wrong story, only to finally realize it's a flashback when I see the MC's name mentioned halfway through the chapter. Characters: Continuing along the aforementioned problem, there are a lot of faceless, undeveloped characters that so far have meant very little to the plot. And I hope the insignificant characters stay that way - if any of those faceless characters return for their go at a story arc after more than three chapters, I'll have forgotten them already. I occasionally just skim the flashbacks because they're chock-full of characters I can't remember. However, of the characters that actually are fleshed out and relevant, I love their personalities and interactions with other characters. MC: He's extremely confident, shameless, and clever.
Spoiler

He's also a complete idiot when it comes to realizing the ML's feelings, though. Dense to the point where I genuinely wonder if he pretends to not know just to pull the ML's leg.

[collapse]
However, despite his easy-going attitude and how narcissists are never as good as they claim, he's legitimately very strong. He's lucky he's strong, because his sheer shamlessness (impudence, really) could probably start wars. Because of his generally proud and upbeat character, it really made my heart hurt to see him suffering. ML: Thank God he's a rich young master, since anyone with any smaller a wallet would probably go bankrupt with the amount of vinegar he chugs. The MC always wonders what scent the ML wears - it's the smell of vinegar, young one. He's not very good at expressing his jealousy, but fortunately the MC is so accustomed to coaxing him that he can tell at a glance when he's upset. Even before they're together, he dotes on the MC a ton, but he also makes me think he's secretly black bellied. <<less
2 Likes · Like Permalink | Report

It´s an alright read but I´m not continuing. I guess what´s stopping me from fully enjoying it is that it feels like the author took The founder of Diabolism as a template for this novel, which is really off putting. MC´s character is really similar to Wei Wuxian, which I don´t particularly mind. I really love shameless brave characters either way but the overall happenings is just too familiar and similar. I wish the author had gone with a different plot. Secondly there are far too many characters but they hold... more>> no meaning (unlike in FOD), they just take up dialogue space. At chapter 23 and MC still haven´t come very far. It makes me feel really impatient. Another thing is that it never was explained how MC managed to enter the palace as a concubine. It made no sense. <<less
2 Likes · Like Permalink | Report

really like so far! story is of MC who tries to regain his cultivation (and memory) after being overthrown by the other jianghu sects. Im super curious about mc's background and how it got to his present state. MC is a free spirited shameless narcissist who claims himself as the number one handsome gentleman of the jianghu. Through some flashbacks, we get to see that MC is also very charismatic, kind/warm, and oblivious. theres alot of comedic scenes (of MC pretending to be a concubine) as well as gory dark scenes.... more>> Mc's signature fighting style is with needles, and theres quite a bit of a description of how "his" enemies are killed/dealt with. Has alot of action and mystery which I like. ML is cute, hes the stubborn/cold/tsundere/guardian type. He is a bit socially challenged, and resembles a little kid; whenever he gets angry/annoyed, he kind of stews it inside, going quiet (which entices MC to draw him out, coaxing him and such). MC is the jokester/social/shameless type that's always offending people just by existing XD <<less
2 Likes · Like Permalink | Report
Leave a Review (Guidelines)
You must be logged in to rate and post a review. Register an account to get started.

Overpowered Death Mage In Another World