Novel Updates
RegisterLogin
Theme
Search
Your changes has been saved.
A. R. G. 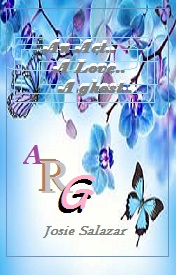 One entry per line
Josie Salazar

One entry per line
Ever Loved Pocket Books

They met to stage a deceitful act.

Because she was desperate for his house. While he was looking for a fiancee.

For these two people’s hearts to unite, and for his own search of his long lost beautiful memory, a certain deceased person will play his card. But in the end it will be proven how fate, and probably a ghost, could only set up two people at the right place and moment.

But the will to love is still for these two people to decide.

One entry per line
A Romantic Gesture

These are recommendation lists which contains A. R. G.. You should give them a visit if you're looking for similar novels to read. Alternatively, you can also create your own list.
More Lists >>>

It's a nice read. Satisfying enough since it's completely translated. A modern shoujo love story with a touch of supernatural. Recommended to those who love shoujo, love story, josei and modern story. When I read it, it reminded me of Earl and Fairy and other good josei novels. People, I should say it would be the loss of those who only love to rate it low without actually reading it. I don't care about people's folly and trolling. If you're happy to give novels bad rating without reading, it's your... more>> happiness. Mine is to read cute fantasy and romantic novels. And this novel is definitely one of those. <<less
9 Likes · Like Permalink | Report

Aswang is correct in that you shouldn't dismiss a novel just for its bad ratings. The star ratings are simply a reflection of what the majority of the people thought of the story, and you may happen to be a part of the minority- a situation I often find myself in and therefore the reason why I don't trust it all that much. However remember that there's a reason why so many people gave it such low ratings and it's especially significant on a website like this where many novels... more>> of varying quality usually have a ton of 5 star votes. I gave this a chance and couldn't continue reading to the end just for the sake of writing a thorough review. It was just that bad for me personally. The writing is flat and shallow, I feel no attraction or attatchment to any of the characters, and the plot is acceptable at best. To me, it seemed as if this story was a whole clump of American teenage novel cliches written by a kid.
Spoiler

They've got the "I think this guy is such a bastard but I feel weirdly attracted to him, " "he also has a beautiful ex-girlfriend who still has feelings for him and I feel inferior and hi now she's coming over to sneer at my unsuitability to be his partner, " and a "no one believes me when I say I can see dead people but this guy says he does because it's me saying it even though we haven't even known each other at all outside of this fake fiancé arrangement besides (oh I just remembered!) that one encounter when we were kids and you gave me ice cream. Of course you remember it like it was yesterday."

[collapse]
Let me just say that I love cliches when they are done right. But this author's lackluster writing isn't capable of it at this point. I have no idea how Aswang was reminded of the Earl and the Fairy while reading this. There is absolutely no connection beyond a "supernatural" label. Unless the ghosts or main character herself turns out to be a type of fairy, yeah no. They have nothing in common. Not in plot, characters, setting, etc etc etc. I concede that some of the above can end up proven false by some sort of plot twist or new information reveal at the end but the writing quality is unchangeble in such a sort period of time. So unless the last half of this story was written three years after the first, chances are you'll be dealing with the same bad writing till the end. I also love cute fantasy and romance novels. However I can't see this as one of those. No fluff so far, maybe something that was supposed to be angst in there. Keep in mind, I only read up to Chapter 5. Maybe you'll enjoy it like Aswang. But I need to give the other side of the story. [I sincerely hope that this didn't sound like a personal attack on Aswang's review. That review made comments on this story that I disagreed with so I was just stating the differences I found in our POVs.] <<less
2 Likes · Like Permalink | Report
Leave a Review (Guidelines)
You must be logged in to rate and post a review. Register an account to get started.