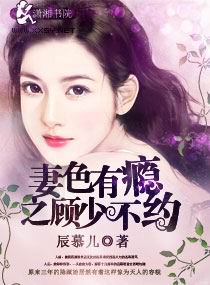 Status in Country of Origin. One entry per line
219 Chapters
(Completed)

She was the most dazzling actress in the entertainment industry, but she was sadly framed by her scum boyfriend and killed in an explosion.

Opening her eyes again, she became an 18-year-old wallflower student in a media college. More importantly, she surprisingly discovers there’s an ugly human skin mask on her face hiding her true features.

She kept wearing the human mask and endured the vicious remarks and bullying of all sides.

But once she made her mind, she removed the disguise amidst a wave of surprise, stepped on her enemies with 10cm heels and became an untouchable gem dazzling the world, loved by men and hated by women.

When her unyielding soul took over that small and frail body, she vowed to stand on the Oscar podium and become a superstar in the film industry!

After three years of disguise in the industry, she removed her silver mask at a concert and shocked the world with her unmatched beauty.

Once she got back into the entertainment circle, she started investigating the cause of her death in her previous body, while enduring the stalking of a very persistent yet caring fellow.

When a scandal involving her broke out, he blocked the bad gossip for her.

When she was framed, he domineeringly declared “She’s my woman, let’s see who has the courage to touch her!”

When she went abroad to film, he left his business to follow after her and decided to be the leading actor.

Song Chumo: “…” Can this man just not cause trouble everywhere?

One entry per line
妻色有瘾之顾少不约

These are recommendation lists which contains Wife’s Color is Addicting. You should give them a visit if you're looking for similar novels to read. Alternatively, you can also create your own list.
N/A

it was an interesting read to start off with but later... idk I dropped it later.... its not bad just not my cup of tea. im sure lots of u out there would truly be able to appreciate this
0 Likes · Like Permalink | Report

Finishing this story, I feel mostly... confused. Like I mentioned before, so many of these stories start off well and good and then veer off into introducing some super dark organization/influence/whatever. Based on my understanding from my trustworthy Bing Translate (which wasn't terrible fortunately), it seems like the same is true for this. I do quite enjoy the MC and ML here. The MC is really strong and OP in most ways (except physically), and she is able to stand up for herself. Plus, despite all of the ML's trickery, she... more>> is pretty clever and manages to restrain him and communicate with him evenly. The interactions between them are pretty sweet, though I don't think the MC ever says that she loves him to the ML, which is a little sad. To be honest, there are a lot of plot holes/things not explained, thus the confusion by the end.
Spoiler

What was the point of the 3 year condition? By the end it hasn't even been 3 years, since Bai exposed her. What seemed like such a huge obstacle/plot point in the beginning half just fizzed out with her revealing her real face later. Why is she not able to reveal her real face? Is it because of that dark organization? Also, the ending isn't even a real ending. It's basically an open ending. Pls. Are you sure the ML was only good friends with the original MC body? It seems like they were pretty damn close. There's definitely a lot more stuff, especially since I was very confused basically in the last 5 chapters. The ending is not ideal.

Wake of the Ravager
Advertisements