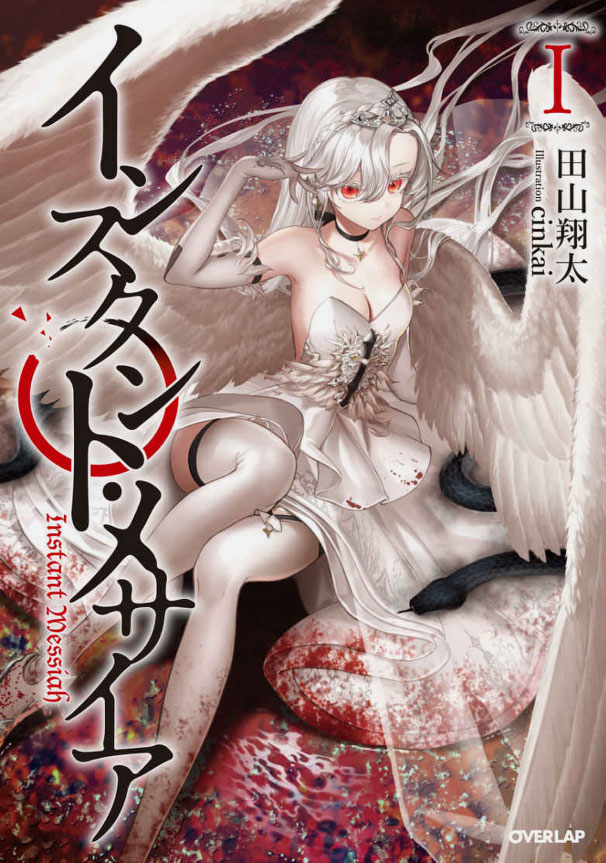 One entry per line
Cinkai

Status in Country of Origin. One entry per line
201 chapters complete

Links are NOT allowed. Format your description nicely so people can easily read them. Please use proper spacing and paragraphs.
[First Lost] — the first land the demon invasion took hold of from humanity, a heartbreaking incident of a small village that was erased from maps. Beloved families and neighbors killed by the demon army, and only a single boy was left. Ten years pass, and the young man that survived that incident, Nine, sets foot into the demons territory. And thus he kneels to the king of the demons who should be the enemy of his family, his homeland, and says this.

“Your Majesty the Demon King. May I have the privilege of serving you”

Thus Nine stains his hands. As the Demon King’s servant, as humanity’s enemy, with a warped smile damp with blood, as if forgetting the grudges of the past.

This is the story of the revenge of a single, weak human. Using his love and bottomless insanity while putting his life at risk in order to encroach, gnaw at, and to drag those that stole everything from him to destruction.

Aa, for the Demon King who could boast of being the strongest, Crystella, to drag him in was the single worst—

One entry per line
インスタント・メサイア

These are recommendation lists which contains Instant Messiah. You should give them a visit if you're looking for similar novels to read. Alternatively, you can also create your own list.
More Lists >>>

Very interesting novel but very confusing to read as well. The infighting and possessiveness of the female leads really makes me continue reading this (and mainly the reason why I rate it high). I hope that there is really book 2 of this since there are lots of unexplained things at the ending. I also don't like how the ending was though I had already expected it. I only recommend this if you have nothing serious to read though.
4 Likes · Like Permalink | Report

Well the starting chapter was little bit confusing but after the second chapter the novel is starting to get stable. And I can't say for sure what the hell is going in this as for me I'm here just because of the revenge tag, but as you've already red the description. I'll summarize it even further for y'all. The MC whole family and village gets killed by the demon lord army and then being the sole survivor... I don't know how he gets caught by that slave trader but anyways... more>> he was then sold to the demon lord sister... The MC looks weak and doesn't have any way to get revenge so all he can do is use that big mouth of his to manipulate the demons and gets his revenge. I'm gonna give this novel a try let's see how well this novel can amaze me.. And btw there are many tags that are missing in this so if you guys gonna drop this novle just because you guys don't see your favourite tag that'll be wrong so give this a shot. <<less
3 Likes · Like Permalink | Report
Leave a Review (Guidelines)
You must be logged in to rate and post a review. Register an account to get started.

Son of the devil