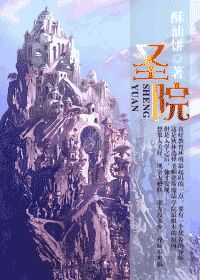 Status in Country of Origin. One entry per line
Completed (Prologue + 99 Chapters)

Having an outstanding tutor was the bare minimum of a good teaching environment.

This was the fundamental reason behind Di Lin choosing Saint Padeus’ Magic Institution.

But only after entering the school did he realise—

His imagination was too perfect, while reality was too disastrous. Friends were scarce, and the tutor was difficult to deal with.

The saying Di Lin passed down to later generations: “My glorious times… started from remaining silent.”

One entry per line
圣院

These are recommendation lists which contains Holy Institution. You should give them a visit if you're looking for similar novels to read. Alternatively, you can also create your own list.
More Lists >>>

I've read up to I think about chapter 10 or 14 (not sure because the format on the raws on the website is different) Anyways, this is definitely a slow burn love and the politics between the two countries is quite good. I also jumped around to when both the MC and ML developed their relationship and I have to say I am completely satisfied. This novel is very good and I feel like the writing are similar to god level summoner. Not the storylune per se but how everything unfolds. Basically... more>> if you liked god level summoner, the legendary masters wife, or anything similar to those you may like this story.
Spoiler

P.s. I've always had an inkling that Di Lin is the gong but when the bed scene happened he was the bottom. And then Di Lin said, "I will be the top."

Hyde raised his brow, "If you can win against me in magic then you can be the top."

Little did he know this line allowed Di Lin to become unmatched in his magic.

Aye the equality in their relationship. It makes me happy there's no set position. It's basically s*x and enjoying the pleasure. But Hyde said that because Di Lin obviously wants to top his instructor (Even though Hyde doesn't mind whatever position he's in)

If you're willing to put up with "Oh, who's this new person?" "Super OP dude named A from this super OP country named X. And guess what? He knows this OP dude named B from the same country named X. And this OP dude B did C, D, and E, and he's just so amazing." times infinity WITH the addition of the cringiest, weirdest names possible, then yeah this is a good novel. In 6 chapters, I haven't even gotten to know the characters but suddenly 10 country names, 15 noble names are... more>> thrown in my face. This isn't even considered world building or character creation. It's not even 1/3 as interesting as that. It's literally just names being thrown in your face, small info about which countries hate each other. And honestly speaking? The magic school professes it doesn't like getting caught between country-to-country arguments, but the sheer number of noble students in the first 6 chapters is literally just... ??? <<less
2 Likes · Like Permalink | Report

I think I should do justice for this novel in terms of reviews. Di Lin our big bro MC is royalty from a country. He and a friend came to Saint Padeus magical institution, to learn magic. His temperament is quite calm and steady. Our main male is Hydin a tutor in Saint Padeus magic academy. He's hella strong but rude and poisonous. He has high expectations for Di Lin as he sees him in himself and his potential affinity in magic. Currently reading but like the magic school setting so far. Like... more>> the MC's perseverance and will to prove to Hydin that he can do it as Hydin has high expectations of him. (Will edit) THANKS TRANSLATOR FOR QUALITY TRANSLATION OF THIS NOVEL~ 5 STARS√√ <<less
1 Likes · Like Permalink | Report

I like the MC and ML a lot so far! MC exudes competent but doting big brother vibes. Yet, he also has a temper and wants to prove himself to the tutor ML. ML is hella rude and eccentric, but he seems to hold high expectations for the MC. Who knows why? Also digging the magic school setting.
1 Likes · Like Permalink | Report
Leave a Review (Guidelines)
You must be logged in to rate and post a review. Register an account to get started.

The Envoy Of Darkness
Advertisements