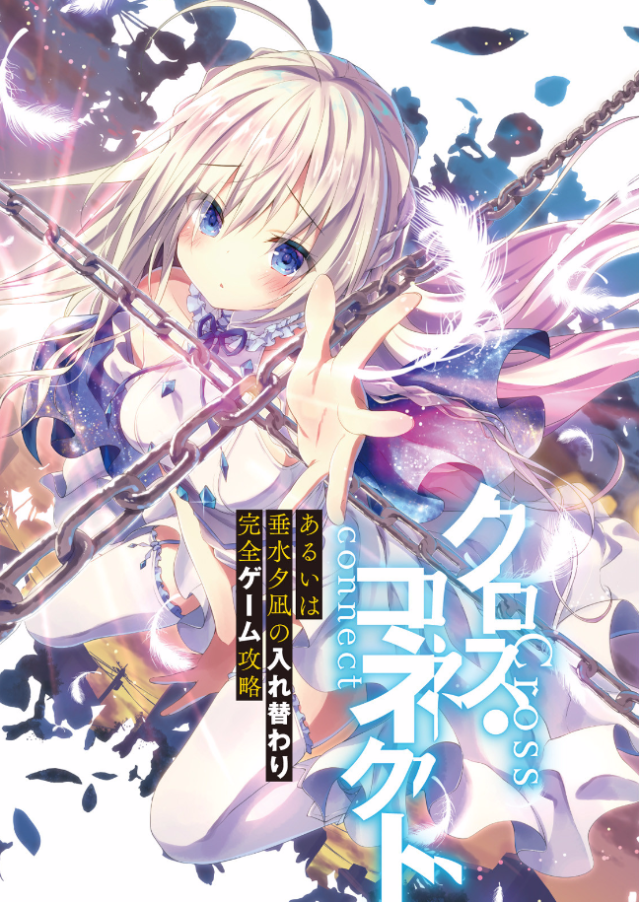 One entry per line
Konomi
きのこのみ

Tarumi Yuunagi, a boy who hated human in the shadow, the only one who completed the 『 Legendary Ura-game 』, which was held before. Although he had become a normal high school boy, but an accident made him join a new game, in a role of a princess and「 being targeted by 100 other participants」 . Also Harukaze, the real『 Princess』 in game was body-swapped with Yuunagi in real life. More and more unwanted things happened, changing Yuunagi’s normal day life.

Not also that, Yuunagi knew that the death of the 『Princess』 in game also means Harukaze would die, in other to not let that happens he had to finish the game without making any mistake.

「 We will finish it perfectly」

One entry per line
クロス・コネクト

These are recommendation lists which contains Cross Connect. You should give them a visit if you're looking for similar novels to read. Alternatively, you can also create your own list.
More Lists >>>

First impression review, might be unfair. Be warned. Might edit if I can tolerate reading more. Poorly written, confusing and frustrating. Expect to spend a lot of effort unscrambling the awkward writing to get to the flesh of the story. Slightly dark and edgy themes with a mishmash of typical anime tropes (unimaginative characters, dialogue, behaviors and events) combine together with MTL/ESL quality translations (littered with "bakas" and overused anime sighs) lead to a pretty awful, frustrating experience. I suspect there's an interesting, if not decent story in there but the writing style... more>> fails to effectively deliver it to the reader as you are frequently left confused, unsure if what you think you read was actually what is happening. The mistakes and misunderstandings pile up rapidly as later parts of the story mention things you have no real recollection of reading, but appear to be essential to the story line. The end result is that you wonder if you can even be bothered trying to decipher the earlier chapters to find out what you missed, but the answer is no, you can't. Basic plot as I understand it:
Spoiler

MC is a loser who had some tragic event happen in his past that lead him to be the boy he is today, while doing something on his phone he somehow gets sucked into a VR game that some super company that can put mind absorbing VR games onto iphones made. The game involves 100 players trying to kill the princess to win a massive amount of money.

Somehow the MC swaps places with the princess, and must endeavor to keep her alive as unlike other players, he will die if he loses because 'anime reasons'. He didn't appear to choose to play the game, he just sort of gets sucked in via 'anime magic' and the people inside the game act like children without supervision (rapists, thieves, degenerates and so on). You have a bunch of skills in the form of cards that the players can use and they don't seem to be remotely balanced, plus the MC has absolutely no idea about the rules and 'anime plot' forces him along to whatever end it desires.

[collapse]
As usual with 'anime plots', I find myself wondering what sort of irrational, ridiculous world even lets such things take place as anyone with the slightest common sense could see how easily exploitable everything is. <<less
2 Likes · Like Permalink | Report
Leave a Review (Guidelines)
You must be logged in to rate and post a review. Register an account to get started.