70+ Romcoms with popular love interests
This might be your ordinary or unordinary list, that it, I guess.

Not every series has the tag, but as long the heroine is known for something that almost the whole school knows then it's included.

Todo: Sort the list based on personal enjoyment, it's a mess right now lol (In Progress)

Note: I am likely to exclude triangle love drama that has been dragged/milk for so long, well harem mostly skipped too.

Any reason why I'm making these romcoms list to be each category? It's obvious to give what people needed at the moment since there are many romcom novels out there, but the real reason is due to most of them are only being trialed and then dropped due to lack of readers and low exposure due to so many similarities that we can find with "Series Finder" and not many people can utilize them fully. By making these lists people can know more novels when they check the "Recommendation Lists" and what look they like by category though it does not really have a big impact really much since the older lists will be forgotten/pushed to bottom with the new ones. This is the one of NUs lacking currently, many new translated novels are not getting enough exposure to people hence dropping after a few chapters translated due to reasons including demotivating the translator each time their project doesn't gain any attention. CMIIW, the end.
Loner ProtagonistPopular Love Interests
13 44344 70
71 Followers 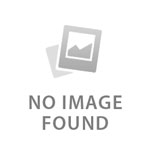 JP (3.6)
#18After My First Love Who is My Classmate Became My Family, My Childhood Friend Became Really Sweet to Me
58 Chapters Every 9.9 Day(s) 619 Readers 2 Reviews 10-22-2022
Comedy Drama Harem Romance School Life Slice of Life