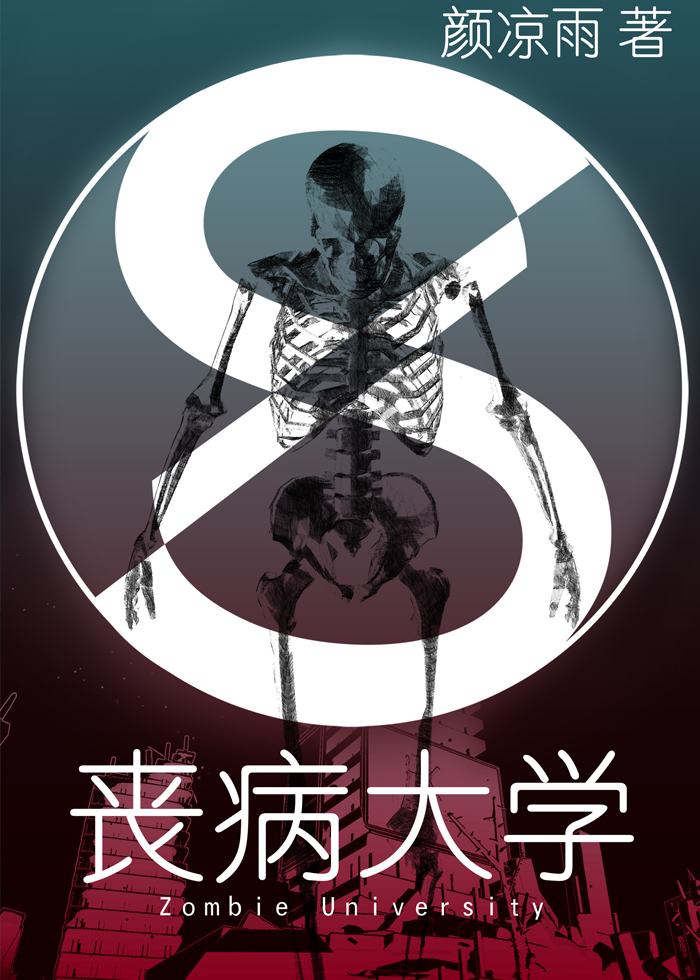 Status in Country of Origin. One entry per line
113 chapters + 5 extras (Completed)

Song Fei’s university life was nothing special. He took his compulsory courses, skipped his elective courses, and took the CET-4 and CET-6.

If he had to point out one thing that was bothering him, it’d be his “bad penny”, academic tyrant ex-boyfriend— Qi Yan. As the saying goes, exes, like villains, are hard to raise: too close and they’re impertinent; too far, then there’s resentment.

He thought his university life would pass by uneventfully just like this, until that day, when an infected classmate rushed into the examination hall…

The zombie virus spread like wildfire. All communication was cut. Campus turned into hell.

No one knew what the outside world was like. And no one knew if they should “persevere and wait for rescue” or “break through the heavy encirclement”.

Without the power to exterminate everything in sight, without a martial arts expert’s physique, on this once familiar campus, they can only rely on their own knowledge and tenacity to fight for survival!

These are recommendation lists which contains Zombie University. You should give them a visit if you're looking for similar novels to read. Alternatively, you can also create your own list.
More Lists >>>

Just like what the author wrote on the last page, the characters are saving themselves not the world. So, if you are expecting an omnipotent MC who contributes greatly to humanity, then this book is not for you. This is a more realistic take on the zombie apocalypse. The characters are only university students, there are no special powers or super genius brain. But, there are teamwork and a sense of comradery between them. I find that beautiful. The relationship between MC and ML is also realistic. They both have... more>> flaws, and during this tough situation they learned more about each other's sides they have never seen before. I like the fact that at the beginning, the MC doesn't want to get back together with ML. The story is quite simple, they basically just trying to survive. It can be quite boring. But this is still a good story to read.
Spoiler

It turns out from the beginning till the end, time only passed by for A MONTH. Yep you got that right, hundreds of chapters for a month. The ending is not satisfactory, yet it is full of hope.

Omg this novel. It's so so good. Solid plot. Pretty popular in China. Absolutely adore the characters. Was gonna pick it up but somebody got to it first LOL. I recommend it!
12 Likes · Like Permalink | Report

School apocalypse! Cool! I pick up this book with zero expectation, I thought the apocalypse setting will not be that intense and the story will be more focused on the romance, turns out I was wrong! This book is so exciting! If you like apocalypse, school life, exes to lovers trope, fearless cp who work together to survive the apocalypse, you must read this book! Oh I recommend to listen to the audio drama or watch the PV! The song and the PV is so cool!
4 Likes · Like Permalink | Report

It's a more realistic approach to apocalypse, there is no one who can just off the zombie in one swipe of a knife and all you can do is strategize and make the best of your situations. Finding more about the zombies, what tool can help you and human's reactions in a life and death situations, there are some who are good and there are some who are scums. I think this was a really good novel, you should try to read it!
2 Likes · Like Permalink | Report

It focuses on university students facing an apocalypse suddenly on their exams. They are not your usual heroes who saved the world like 2013, number one zombie wife, etc. I feel like I'm together with them, experiencing the apocalypse. You are scared of dying, becomes one of those monsters, the world is changing. Waiting for the teachers broadcast, yet nothing, no signals, people eating one another. Then, you think army. The army will save you, but the army is limited. They will save the regions/states that are important to the country.... more>> Do your place belongs to one of the last? An unimportant area?
But, the resources u had can only last you for few days, what's about the future? Even though you know there's a high chance of dying, you should take the risks instead of waiting in a corner to die. Together, you feel brave, daring to take risks. We find new friends, people who join the team, fight and protect one another. An action to understand the current situation, to seek for hope, & what should be done for survival. (Maybe it's because we are at the same age that it affects me more) This is a different appeal to the usual apocalypse novel, a realistic feeling without weapons, MC's golden finger, superpowers.
This is a novel I love to recommend! <<less

It's a fresh sight to read a zombie novel without superpowers in it. It's just a simple virus outbreak where people hope that this will all be overcome. The camaraderie in the novel is actually nice, it adds flavor to the story. How students from different departments quickly became close buddies/friends due to the emergency situation. I just have a bit of issue about it. As the characters in their group grew and more characters are introduced, it tends to overshadow the earlier introduced characters (excluding the two main characters). For example is... more>> Song Fei's roommate, Wang something (I forgot the rest of his name).
Spoiler

At first he have an impressive presence in the novel but after he was known as the smart classmate and reprimanded Qin Yan about his issue in his and Song Fei's relationship, Wang quickly faded out of the novel. As if after he was done with his part he can shut the fudge up in the corner.

[collapse]
He still appears at the latter half but it's just briefly and most of the time he doesn't even have a line. Moving on, I'm actually surprised that they didn't mention anything about cannibalism in the novel. It briefly about mentioned r*pe and moral depraved. I also like the comedic undertone of the novel. It matches the protagonists of the novel, youth. For the romance part, it's okay I guess, considering that they're in that situation. But it's nice actually, it showed how both of them grow from their initial self. They realize their faults and fixed it. Overall, I'll rate Zombie University 5 stars. <<less
1 Likes · Like Permalink | Report

This novel surprisingly has such a small number of reviews. I haven't completed it yet but boy do I like what has been translated till now. It's funny, engaging and the characters are cool. Eagerly awaiting future updates!
0 Likes · Like Permalink | Report
Advertisements
Leave a Review (Guidelines)
You must be logged in to rate and post a review. Register an account to get started.

Tales from Another World
Advertisements