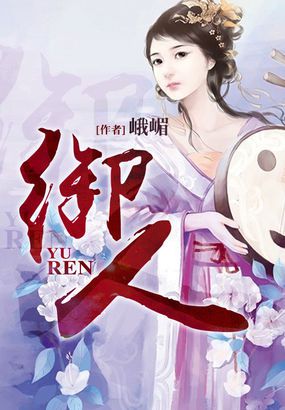 Status in Country of Origin. One entry per line
260 Chapters + 2 Outtakes (Complete)

Where would be useful talents and tons of oxen and horses without human trafficking?

How to revive economy and upgrade employment rate without corruption?

How to support small and weak ones and defeat every ruthless character in the way without being black-belly?

Being an honorable maiden with ideals, who pursues three views[1], uprightness and successful career Bai Fuling thinks what she needs is a loyal dog who could be an object of her torment and bully and not this black-belly, whose object of enjoyment is tormenting and bullying her.

Confronting a fierce devil, who she could not provoke nor avoid she could only put to use her art of handling people and engage with him in battle of wits and guts to the end.

[1] three views (三观) is mainly referring to views of world, life and value

One entry per line
御人

These are recommendation lists which contains Yu Ren. You should give them a visit if you're looking for similar novels to read. Alternatively, you can also create your own list.
More Lists >>>

This one's really good yah know. Female MC is the hidden boss of her house, this part resembles Both are Foxes MC. Problem is, she has a frail body so not so much of a bad ass kung fu stuff but she's pretty much black belly, I guess? Please, someone pick it up! Last I heard, dreamer was going to continue this but not on priority, at least they have DWFGF ongoing. Anyways, it's almost a year since the last update so it's kinda hard to tell when it's going to... more>> re-start. Hope somebody's interested enough to translate and share this one again! 🙏 <<less
6 Likes · Like Permalink | Report

Rating: 4.3 (0.3 counts, every point counts!) (=^_^=) v Summary: Bai Fu Ling is reincarnated and given a mission by the Buddha to save 10, 000 people. In exchange for not being unlucky again in her next life, so she was given 15 years to complete this mission. She started 'collecting' people, teaching them how to live on their own (trust me. It is more interesting than it sounds, since the story is more focus on political intrigues). Comments: This is actually not among the best story but if you already... more>> read the best and nothing to read more (me!) then this is the story that you can read. It is the "better" story, you know... not the "best" but "better" than "good". Female MC: She is actually an ordinary person (doesn't know any martial arts) but she knows how utilize people and resources to their best, so she can overcome her challenges. Romance: This is actually somehow slow and puzzling because in the first part of the story you have no idea who is the male MC. All of them are introduced fairly and have an equal share of time with the female MC. You don't know whose ship will sink (you wish you can ride all of them XD). DON'T READ THIS if you want to surprise yourself. Some intoduction of the males in the story:
Spoiler

Yang Hang: 6th prince, later the emperor. I actually ship them and thought he is the male MC. He is gentle and intelligent. Although he said in the later chapters that he's ruthless. I like their moments together.

Lu Ying: General, adopted brother of BFL. She actually joke around him when they were kids that he will be her husband. She like him first but when he got married (arranged and political) she killed the feeling and stay as just siblings. I love there moments, it's warms your heart.

Fang Hai: Doctor, one of the people she save, not really obvious that he likes BFL but there are hints (or depends on how you will interpret it). It is actually given away in the later chapters.

Bai Pingzi/Lin Pingzi: one of the people she save, not really obvious that he likes BFL but there are hints (or depends on how you will interpret it)

Hai Fushi/Xiao Mi/Gan Sui: male MC. I actually thought that he is the third party. The way he is introduced just made you feel that he is not male MC (since there is Yang Hang). I like him as Hai Fushi, his actions is really cute. Although I would say that I like all of his persona.

[collapse]
The love story is somehow has drama (not too much to the point that is repulsive) because the female MC has only 3 years to live at that time so she somehow distance herself to being attached. She doesn't want anymore people to be sad when she's gone. <<less
4 Likes · Like Permalink | Report

Initial impressions. The MC is Bai Fu Ling, the only daughter of the extremely rich Bai family. Young, beautiful, lazy... arrogant and domineering. Her hobby is to go around and ‘collect’ people, buying their life as a contracted slave and putting them into her service. Thus, she has an entourage of talented and people loyal to her (and frightened). Those who oppose her are bullied into submission, those she had bought are saved from their circumstances. Her time-travel/reincarnation background is unique according to the summary, but I won’t go into detail as... more>> it has yet to be explained in the translated chapters itself. Suffice to say, there is a reason for her hobby. The MC herself is interesting. Unlike some who hid their cunning (‘To Be a Virtuous Wife’, ‘Chu Wang Fei’), she doesn’t hesitate with her words and actions. Frank bordering on crude, overbearing and tyrannical. She isn’t one who is being bullied like ‘Mei Gongqing’, she’s the one doing the bullying! The translation is well done as usual by rosyfantasy. Very early yet, and I’m eager to read more. <<less
4 Likes · Like Permalink | Report

Not one of my favorites, but still recommendable for an interesting light read. The female lead is very smart. Unlike Chu Wang Fei and To Be a Virtuous Wife, modern knowledge / attitudes were mentioned / included in more aspects of the story. The romance is quite slow, and the main male lead is not obvious from the start. The story starts off quite light and becomes more serious around half-way through, though the challenges the MC face are not antsy to the point of being blood-vomitingly depressing / frustrating.
2 Likes · Like Permalink | Report

Chapter 9: Bai Fu Ling is a strong female lead, charged with the task of saving thousands of people in order to redeem herself from crimes in her past life - which she does, but on her own terms - by buying slave contracts. Fair enough. In fact pretty much most of the novel will probably be on her terms, making it a very light and fun read, something different from the bitter and cautious female leads that usually grace reincarnation stories. The MC is smart, wilful and calculating, with... more>> advantageous looks, background and intellect. Rather than appearing gentle and delicate like most female leads, she uses this to openly bully and intimidate people under more complex plots to benefit herself on several fronts. While she has yet to interact with male leads, they'll probably range from doting, easily bullied or her equal in stubborness. Either way, it'll be interesting. Very tempted to give this a 5/5 but it's a little too early and I'd like to see how it unfolds. Comparisons with other female leads:
Spoiler

Compared to MCs in say CWF, To be a Virtuous Wife, The Princess Wei Young, BFL would be like a whirlwind, breezing by with her no-nonsense attitude, wearing down whatever stands in her path and picking up whatever slave, object or male lead along the way. For BFL there is no teeth-gritting or endless endurance tests.
Whereas other female leads would be like climbing plants, secretly expanding their roots into the earth to form a foundation, while carefully weaving around stakes (male leads) to propel themselves forward until they can see light again.
Both types have the potential to be good stories (yes for TBAVW, not so much for CWF), but it's clear which one leaves a better feeling.