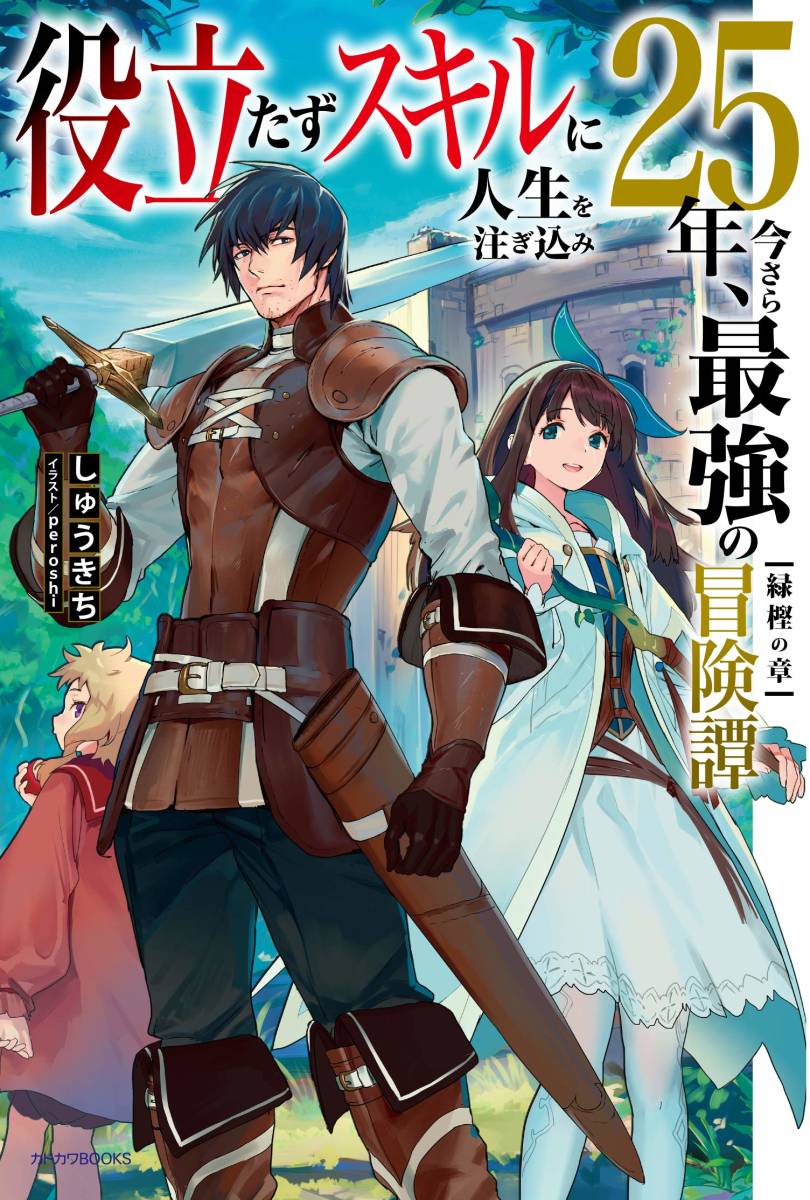 One entry per line
Syuukichi

One entry per line
Peroshi

A skill useless from the beginning, “Restoration”. Regardless, in order to save a childhood friend who sacrificed her body to protect him, Touru spent twenty-five years developing the skill. Once completed, the skill could completely defy the world’s common sense. Touru, the girl, the naughty child they picked up in a back alley, and the old landlord lady join together as companions, setting out on an adventure to become heroes. A man who lived through the depths of despair decided to move forward and widen his horizons.

One entry per line
Adventurer Tale of Pouring 25 Years of Life into a Useless Skill, and Now After All That Time is the Strongest
役立たずスキルに人生を注ぎ込み25年、今さら最強の冒険譚

These are recommendation lists which contains Yakudatazu Skill ni Jinsei o Sosogikomi 25-nen, Imasara Saikyou no Boukentan Midori Kashi no Akira. You should give them a visit if you're looking for similar novels to read. Alternatively, you can also create your own list.
More Lists >>>

1 group(s) hidden due to dead links. Click here to show all releases.
Advertisements
Write a Review
3 Reviews sorted by

The story so far, things I like: A really touching relationship. Pure & immeasurable love MC & FMC have for eachother is very heartwarming. Synopsis:
Spoiler

Not only is he totally in love with and devoted to her, she's head over heels in love with him, and doesn't care how old he looks, moreover, she loves him even deeper because of his immense sacrifice and often introduces herself to others as his wife!

[collapse]
Although im only a few chapters into it and it can go anywhere, so far it's a super cute & fluffy heartwarming love story with typical fantasy/adventurers guild type setting.
3 Likes · Like Permalink | Report

Slow paced story about a middle-aged man started to began his own true adventure after 25 years of raising his skill for his childhood friend FMC. Focuses more on the adventure and less of the awkward stuff. I also like how the MC continues to overcome thru his current stage of adventure and unto the the next. A very nice novel to read hand and hand with a different novel if you're having a hard time to continue reading one.
2 Likes · Like Permalink | Report

The plot of this story is quite interesting, better than 80% of jp novels on this site but still to early to say for sure. And, with lacks of cringy japanese mentality and good story pacing, it is safe to follow for a while. The translation was done by machine translate, readable but poor.
1 Likes · Like Permalink | Report
Advertisements
Leave a Review (Guidelines)
You must be logged in to rate and post a review. Register an account to get started.