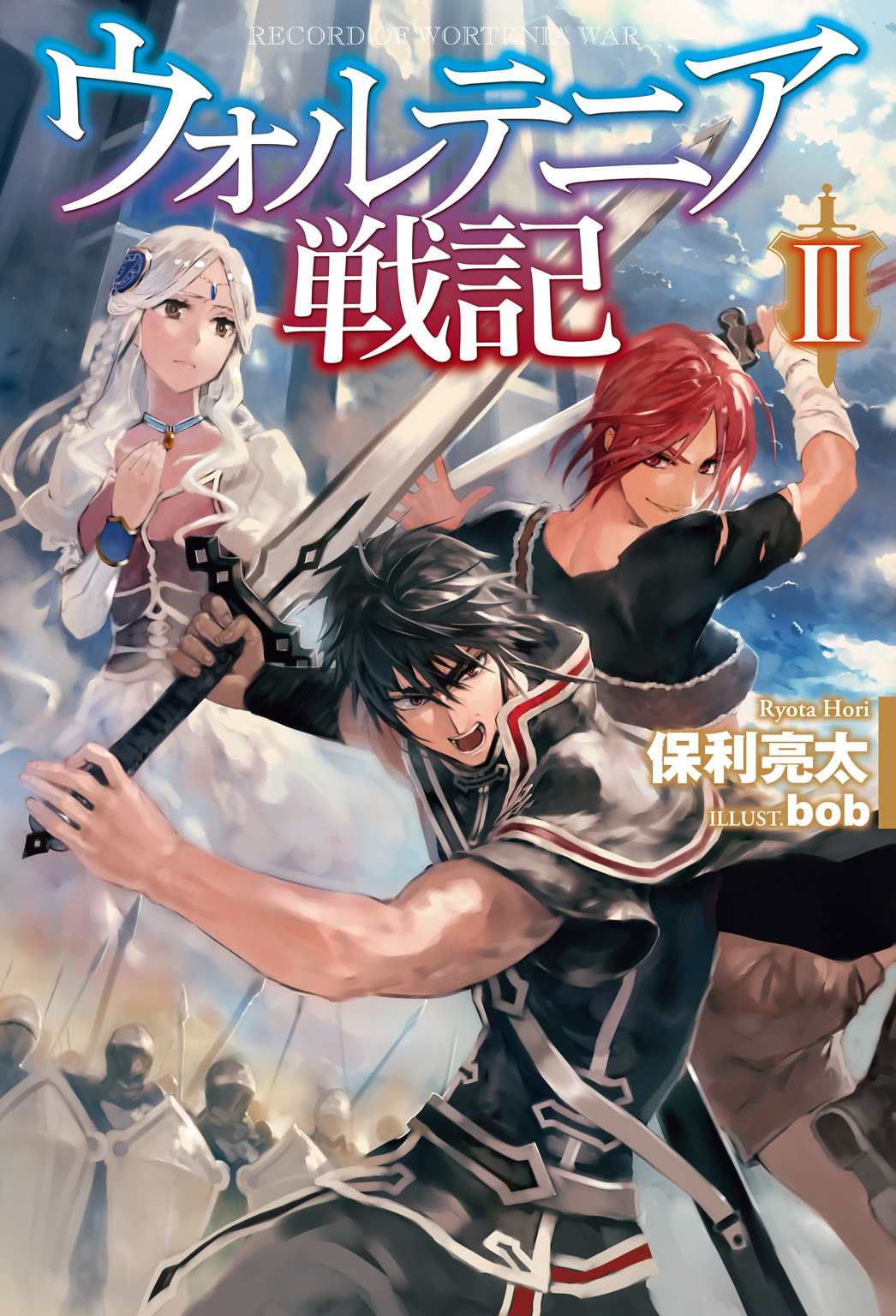 One entry per line
bob

Status in Country of Origin. One entry per line
14 Volumes (Ongoing)

High school student Mikoshiba Ryouma was summoned to a different world for the sake helping his summoner waging wars. Sensing the malice from the one who summoned him, he reacted by killing the summoner, one of the most important people of the empire. After the escape, he rescues a pair of twin sisters from the hands of bandits. The sisters who can use magic, swear to serve him as subordinates. Thus, Ryouma begins his journey on the path of the supreme ruler.

These are recommendation lists which contains Wortenia Senki (LN). You should give them a visit if you're looking for similar novels to read. Alternatively, you can also create your own list.
More Lists >>>

The author seems to think they're too smart for us and needs to explain everything to make sure we get it. The problem - other than them treating us like complete idiots - is that they didn't seem to put much thoughts into most of their ideas. For example, banks exists in this world. You can deposit money and withdraw money from another bank. Which is why it was so insulting that the author thought we wouldn't find it strange that a merchant would travel with a ton of gold... more>> through a road known to be plagued with bandits. And he was traveling to a blockade that everyone knew about. It seemed to have been done just to make the MC rich and get some slave girls who's only personality trait is being zealously devoted to the MC. There are a lot of other instances of really dumb things happening, but it would take too long to talk about each one. The stupidity of their ideas is made even more aggravating by the way the author talks down to you by explaining every single little thing multiple times. Take these two lines for example.
Spoiler

Ryouma insinuated that Branzo was an idiot who was only good for his muscular prowess, and the mocking light in his eyes made it clear he wasn't afraid of his opponent in the slightest.

[collapse]
Like, really? The author thought they needed to explain that? That's not even the only example, because a lot of what's said comes with an explanation even if it's obvious or explained already. It's insulting and constantly interrupts what's an already poorly paced story. Speaking of pacing, the light novel is somehow longer than the web novel while adding almost nothing to the story. They managed to drag out what was 1 arc in the web novel to 3 arcs in the light novel. And the 3rd one isn't even out yet, so it's possible it was stretched out even longer. What's amazing is that I actually can't think of a single thing that was added other than a small scene in the beginning. They somehow managed to add whole books worth of words without actually adding anything. Maybe that's why the author explains every little thing multiple times. Is me complaining about that getting old by now? The light novel is much worse. And if the web novel is anything to go by it'll only get worse.
Spoiler

[collapse]
So if you don't like someone treating you like an idiot, don't bother reading this book. Edit: So book 4 came out basically as I was writing this review, so I've read it and here are my thoughts on it. The only thing it did right was not milking an already stretched out arc for another book. So how did they manage to write an entire book out of what remained of that arc? Simple. They did 3 things: There's also an instance of the author trying to sound smarter than they actually are. I mean one in particular that I want to talk about, because there's a lot more than just one instance.
Spoiler

Near the end of the arc that finally came, the MC defeats someone in 1 on 1 combat. That person asks why he lost and the MC answers that the person relied too much on pure strength.

This is after he just used one really strong attack on the enemy that ripped through his armor. There was no technique involved; he didn't aim for chinks in the armor or anything, he specifically aimed for the shield attempting to cut through it and his armor using brute strength.

[collapse]
Like, seriously, how much more does the author want to insult us before he's satisfied? If you still don't like being treated like an idiot, I recommend this book even less. <<less
1 Likes · Like Permalink | Report

If I were to describe Record of Wortenia War in one word, it would be ‘Pretentious’. The first few chapters were relatively interesting, which had raised my hopes, but about two volumes in, I was ready to give up. This LN has a whole host of problems, which I’ll try to go into below. Story (3/10) :
What started as a traditional isekai ended up being an utter mess, caused primarily by the incoherent storytelling and cardboard-cutout characters. The storytelling was all over the place, with the perspective and narration jumping... more>> here and there with no real rhyme or reason. Progression of time was also quite iffy, with seemingly random time-skips, which were only referenced in hindsight, making you wonder when that even happened.
Another factor that starts turning up around volume 2 is politics, which is just hilarious. It appears as if the author just read a few novels which involved political intrigue and attempted to recreate that without any real understanding of the subject. The manoeuvring was completely two-dimensional, and all the seasoned politicians/nobles had the mindset of playground bullies or their targets.
Most of the story is just about making Ryouma look larger than life, and to have everyone fear and respect him. Each arc simply focuses on furthering this aspect, without actually advancing the plot in any way.

Art (5/10) :
Eh, the artwork is decent, but the character art is rather wonky, especially the facial expressions and shapes. Not much else to say about it. Characters (1/10) :
Record of Wortenia War only has one character as such – the protagonist, Mikoshiba Ryouma. All the other characters exist simply to validate his existence in one way or the other, usually by being afraid of him or being in awe of him. The character relations are either rushed or completely skipped – one moment, a pair of characters may be suspicious of each other, and they suddenly have full trust in each other just a few paragraphs later, with no explanation to speak of.
As for Ryouma himself, he is essentially the definition of a ‘perfect’ character. Amazingly fit and powerful, smarter than an aged tactician, compassionate when required, ruthless when necessary... All at the ripe old age of sixteen. Seriously, what? The character is just so outright broken that you can clearly see the author struggling to throw in some weaknesses, so that he’d be more ‘believable’. Well, I can say for a fact that he failed miserably. Ryouma is always the smartest person in whatever room he’s in, and usually the strongest as well (even if not directly). He comes up with all kinds of strategies and plans that are amazing and novel to the other characters, but mostly common sense to your average reader. There’s also the fact that everyone else involved is an absolute fool, even the ones that are introduced as shrewd or cunning. Enjoyment (3/10) :
Not particularly enjoyable. It was mildly interesting to begin with, but it quickly became predictable and dull. I gave up midway through volume 3 due to the reasons I’ve explained. Overall (3/10 ~ 2/5) :
Record of Wortenia War is essentially at the same level as your average Chinese novel, and really isn’t worth your time. I’d pass on reading it if I were you. <<less

The Mask Of A Siren

Ascension of the Great Hero
Advertisement