Novel Updates
RegisterLogin
Theme
Search
Your changes has been saved.
Wife, I Want to Eat Meat 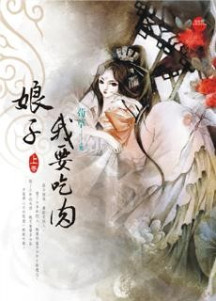 One entry per line
Xun Cao

Status in Country of Origin. One entry per line
80 Chapters (Complete)

One entry per line
藍襪子出版社

Wife, I want to graze on an old pasture.

Someone: This lady is a flower not grass.

Wife, I this gentleman wants to roll in the sheets with you.

Someone kicks: Did this lady allow you on the bed?

Someone brandished her whip: Get lost, this lady is eating vegetarian food tonight.

In a sentence: It’s a story of a husband cast aside, seduce his ex-wife by every possible means to roll in the sheets, eat meat and give birth to little piglets.

One entry per line
娘子，我要吃肉

These are recommendation lists which contains Wife, I Want to Eat Meat. You should give them a visit if you're looking for similar novels to read. Alternatively, you can also create your own list.
More Lists >>>

Thought it would be a badass female MC. Sure she can fight and she's tough on the outside, but she's actually soft on the inside. We all know it'll just end up with her being with together the ex-husband again. She's not the type to actually take revenge and destroy anyone. Meh, not a revenge story. As for comedy, didn't laugh.
17 Likes · Like Permalink | Report

This is actually a very weird novel. And the title is very misleading. I don't think many people will get what it's trying to say because it is so off the left-field weird. The first half of the novel talks about the ML trying to get back together with his wife, who left him because he is in love with her cousin whom he chased for years only to watch her marry another man. The ML basically squandered his youth trying to follow an elusive dream. He woke up from his... more>> delusions without a wife, without any kids, his parents dead, and his status as clan elder taken from him. He works as an imperial censor to the emperor, whose empress is his wife's younger sister. During the time they were apart, he basically begged his wife and her family to take him back, following wherever his wife is and hounding her to give him another chance. After 7 years, she finally said yes. Then she walloped him with a news of a son, who is unlike any child you will ever meet in any pages of Chinese novels. He is 6 years old and is already a seasoned warrior in the battlefield. Early on, his grandfather the general recognized his capacity for conquest and tested his resolve on a ship full of pirates, whom the child massacred in a single day. He was only 3 years old at that time, which scared his mother. His father enrolls him in a school in the capital where he manages to bully the crown prince and at the same time upended the existing Order in the empire. The crown prince is so scared of losing to him that he begins his more brutal training with the jianghu crowd, killing enemies if possible. The presence of the kid is so threatening it's even giving the emperor nightmares. Unless the crown prince grows stronger and learns to rein in his cousin then his very presence is a threat to the empire. His father, however, only wants him to take his name and be there for the child if possible when he begins his campaign of conquest. The elements in the novel is alternately refreshing and surprising. It's a book about personal redemption (the father has no power and really no influence in court aside from his job) and that makes him relatable. The kid hates the dad because he's a scholar and not a warrior like him. The mom can only offer love and support for the man she's loved her whole life and the son whom she really doesn't understand. Nice novel. The title utterly sucks though. <<less
9 Likes · Like Permalink | Report

The flow of the story... is confusing, to say at least. Up until chapter 14 the story still flowed, but at chapter 15... what's going on? It's like there's a mix between past recollection and current events, with no clear separation between the 2. (Edit: Re-reading the chapter for the 3rd time and I finally got it...) Plus... the husband/ML... the story basically said that he mistreated the wife/FL when they were first married, and after she divorced him he had a change of heart/realisation that he was wrong, and... more>> the story is basically him trying to woo her back.... so far it hasn't mentioned why he made that realisation, or what made him regret his past mistakes. It's rather hard to reconcile/forgive him when we're not shown why he changed his mind. Will continue reading for now. Who knows, maybe the answer to my question is in one of the future chapters? <<less
6 Likes · Like Permalink | Report

The female lead character is a badass and the male lead is absolutely besotted with her. But their love story is shrouded in mystery so most of the chapters have the male lead running after the female trying to woo her over again. Liking the story so far. :-)
5 Likes · Like Permalink | Report

A great novel. The sufferings of MC and the faithful love of ML matched up together. A lot of plot twist and turns doesn't make it boring. MC being hurt till her heart became stone resisting the MLs advances make it more appealing.
3 Likes · Like Permalink | Report

The premise started out well in the early chapters. However, the author used too many analogs and metaphors, excessively diluting --- along with time again and AGAIN reminding the readers how fake strong-will the FL is on the outside but she is very weak on the inside. To get sympathy. This isn't a revenge story. It is a slice of life where she easily accept things as they come, not bothered to change it. UGH. I hate this FL the most, she has no quality besides fake haughtiness and arrogant.... more>> One-dimensional character. The side characters' banters made the story interesting. They never really explained things when they were married, just slight glimpses of the past (see spoiler if you do want to know). Anyway, midway through the novel, it was more focused on their child.
Spoiler

The wife left because after three years of marriage the husband didn't love her, he was in love with her cousin since they were children. The husband sought redemption realizing he had begun to love her, and chased after her, letting her hard-core whipped him with her spiked whip tearing up his skin and flesh. However, with a complete coaxing from him and that cousin, she easily became infatuated again. The second ML (I considered him second ML) loved her and saved her from death, he asked her to marry him as a return favor. The story was then dramatic that she cannot offer her body but can offer her life by stabbing herself in the stomach which then the ex-husband (at this point they already rekindled) took the stabbing for her. Like, it is your savior and this is how you act? Pft. I didn't expect her body in exchange but she could have gone about it differently. It was totally throwing salt in second ML's face for his kindness. He was made out to be the bad guy daring to request a marriage proposal from her although initially she told him she was divorced but a quick change of mind, she was married and didn't seem right to marry again. HOWEVER, earlier in the story she was seeking a second husband.

The other thing that bugged me is that she had a child with the ex-husband from the only one night she slept with him then left him and didn't tell him about the child. No explanation to how they came to sleep together, just she said the one time they slept she already hated the husband. So what made her slept with him? Anyway, the child at three years old beheaded a ship full of pirates by himself and at 6 yrs old, an expert killer. She knows he is a psychopath but "okay, let him be, he will be a great general, it is already too late." WTFFFF. I cringed when the 6 yo was testing for servants, down to the final two contestants. He then told the martial art servant (a child) to cruelly beat another servant (also a child) so that the two will hate each other but dutifully work for him. The FL just watched like it is naturally because these servants are shadow guards, it is expected they are beaten near-death and who cares if they are children.

[collapse]
I don't recommend it. <<less
1 Likes · Like Permalink | Report

I had to actually register in order to write this comment. I'm surprise that the rating is so low. I haven't read this novel except for a few on & off chapters towards the end and found those chapters are very interesting. Anyhow, I'd like to response to neri21's comment about the title of this novel being sucked. The title has a different meaning than the literal meaning of eating meat. If I were the translator, I would have use this title instead, Wife, I Want To Eat "Meat." Eating... more>> "meat" means that the husband wants to have s*x with his wife so by reading the comment that neri21 posted, it actually made sense as it implied that the husband had to work harder to get a second chance with his wife after he disappointed her in their first marriage. So he's trying to eat his wife's "meats". 😉 <<less
1 Likes · Like Permalink | Report

The title is seriously misleading and not doing the series justice. This is not just about romance, it also has political intrigue. The ML may look like a weakling, but he’s smart and is the emperor’s trusted aid. The MC is hurt (I wished the author had explored more about this, I want to know what was the last straw that made MC ask for divorce) yet cant deny that she is weak for the ML. The use of the 2nd ML (if we can consider him as that) is... more>> also clever, the ML cant exactly be said had it easy getting back together with MC, as from now on the memory of 2nd ML will haunt them forever lol the son part is where it’s rather tricky, a bit too much for a realistic plot, but I like him and his friendship with his young cousins, Could have been a great sequel following the crown prince and him translation is good, so give the book a chance <<less
0 Likes · Like Permalink | Report
Leave a Review (Guidelines)
You must be logged in to rate and post a review. Register an account to get started.

Falling in Love with The First...