Novel Updates
RegisterLogin
Theme
Search
Your changes has been saved.
Advertisements
Why not go to JUSCO with me, Valkyrie?

Home >
Novel >
Why not go to JUSCO with me, Valkyrie? 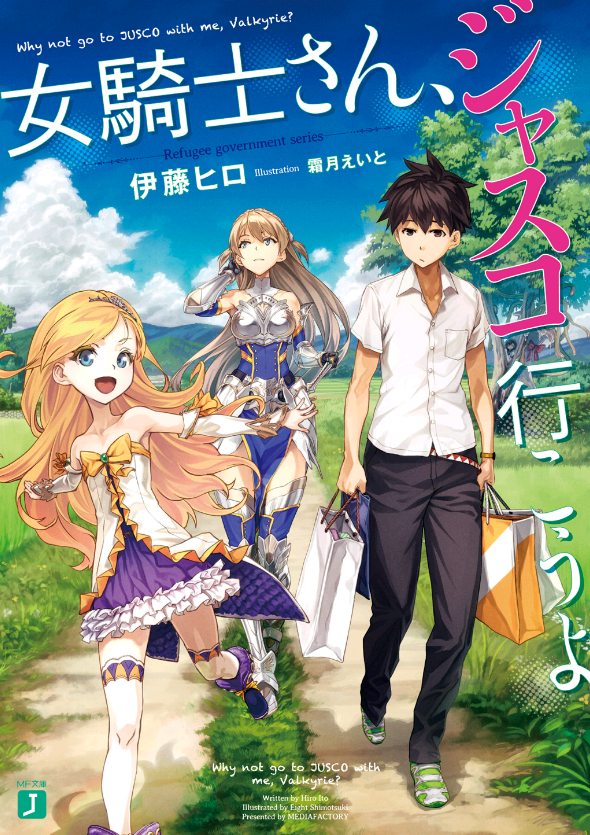 One entry per line
Media Factory

Once upon a time in the small town of Hiraya, Nagano Prefecture, lived a normal high schooler named Rin Ichirou.

One stormy night, he found a Princess named Pau and the Female Knight (Valkyrie) who served her, Clauzela Lou Kotovic, collapsed in the middle of paddy field.

Both of them had escaped from their country which fell to an Orc army attack using Gate magic.

And now they established government in exile at Rin Ichirou’s house.

Also, the people from this world and from that world began to visit one after another.

The Elf Is a Freeloader (2)
Hataraku Maou-sama! (1)
My Room Has Become a Dungeon’s Rest Area (1)
Takarakuji de 40-oku Atattandakedo Isekai ni Ijuu Suru (1)
Rokujouma no Shinryakusha!? (1)
I Got Reincarnated And Mistaken As A Genius? (1)

These are recommendation lists which contains Why not go to JUSCO with me, Valkyrie?. You should give them a visit if you're looking for similar novels to read. Alternatively, you can also create your own list.
N/A

This LN is a meme, and therefore it should be treated as such. If you read it as a meme, it's not too bad and you'll get a laugh from it. I thought it was a WN because of how bananas it was but was suprised to see that it is a LN. Which means a publisher actually printed this, wow.
10 Likes · Like Permalink | Report
Advertisements
Leave a Review (Guidelines)
You must be logged in to rate and post a review. Register an account to get started.