Novel Updates
RegisterLogin
Theme
Search
Your changes has been saved.
Advertisements
Where Winter is Warm Where Summer is Cool (Season)

Home >
Novel >
Where Winter is Warm Where Summer is Cool (Season) 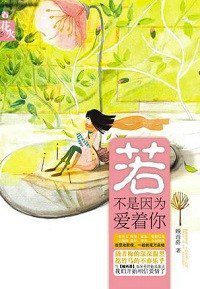 Status in Country of Origin. One entry per line
14+21 chapters + 5 Extras

Everyone has that perfect somebody, always worth spending time with no matter what. For even on the gloomiest, rainiest of days, the sun always comes out, in the end, to cast its rays on a beautiful rainbow.

Jian Anjie was sure that Xi Xichen was the greatest mismatch that God had handed her. His cold temperament and personality lending a leering, arrogant appearance. She cannot stand being around him, and yet life seems determined to keep their fates entwined.

What she doesn’t know is that this cold front that Xichen portrays is a wall he’s built to hide a sensitive and childlike interior deep inside himself. This is why, on that fated day, she rejects his confession of love to her outright.

But Xichen is adamant and pours out to her a shocking revelation.

“My love for you is forever. I would never do anything to harm you or force you into something you don’t want. You are the love of my life, and I am willing to wait until the winds of change open your heart up to me. I will wait forever.”

These words start a twinge of something in Anjie’s heart, but will it be enough?

“Whether through a distance that spans the world, or the intimate space between two pillows, my love will find you again. I will nestle it into my heart so that I may find warmth on the coldest winter day, and a wonderful cool on the hottest summer one.”

I Miss You (Shared Universe)

These are recommendation lists which contains Where Winter is Warm Where Summer is Cool (Season). You should give them a visit if you're looking for similar novels to read. Alternatively, you can also create your own list.
More Lists >>>

Hello fellow readers! Firstly kudos to the writer. This such a beautiful story. At first I was attracted to the summary so decided to give it a shot, and guess what? It worth it! However, there is only few chapters translated by the TL so I spend whole night MTL these book. So here is my thoughts. About this story ... more>>
Spoiler

This is about MC who was send to France by her own father due to unfortunate accident. She was accused to push her stepmother who pregnant at that time fall downstairs. (It's not her fault). ML also the nephew of the stepmother who heard the commotion get out of his room and saw MC panic and his aunt bleeding downstairs. He wants to check on his aunt but concern about MC who hyperventilating. In the chaos, he slap MC (ML then said sometimes in the novel that slap was the biggest sin in his life) to get her out of daze. Next day, MC was sent abroad by his father to France. That slap also made MC afraid of ML) . MC who that time dated second ML for 6 years also suffered from heartbreak since second ML breakup with her right before she was sent abroad. Later, it was explain the reason 2nd ML breakup with MC is because he was disappointed that MC will go abroad leaving him. He was penniless that time and had to take care of his sick sister. In France, MC had an accident where she was almost paralyzed. She also unable to use her right hand and temporary blind. What MC doesn't know is that ML who keep an eye on her even in France know about the accident. He provide the best medical team for her to make sure she getting better. (ML inherit some company form his deceased parent). 6 years later, her father call her to back to China. This is where, she met again with second ML who became a famous model. Second ML who already had girlfriend that time want to reunite with MC but MC refused. MC also found out she has a younger brother. Turns out her step mother had no miscarriage during the fall down. During MC and ML argument, ML was provoked to confess his feeling. He apologized to MC for slap her 6 years ago. He stated that was the biggest regret in his life. However, MC refuse to accept his feeling. MC father then set up a family meeting with MC, the step mother and ML. The reason why he called MC back was to ask MC to married. It was business marriage because her father business was in bad situation. MC was furious and vow to had nothing with that family again. She then went back to France. Half-year after that, 2nd ML go to France to meet MC. He said that he's getting married. When MC congratulate him, he was mad. ML was also in France. MC was cold to him but he refuse to give up. There's also an accident where ML and MC was trapped somewhere and ML stab his own chest with a dagger as to show MC how much he regret to hit her 6 years ago. ML was hospitalized and MC forgive him but does not reciprocate his feeling. ML was satisfied with whatever she willing to give. At one time, ML called to let MC know that he was hospitalized again due to small car accident (he said he was pathetic because he used this tactic to made MC come to him). During this time, MC agree to give him a chance. (Yup, they are couple!). MC back to China due to her mother order. MC then met 2nd ML who still single (he cancel off his wedding or something). 2nd ML try to commit suicide to make sure MC back to him. MC and ML fought because of this. MC then explain to 2nd ML that she had no feeling to him anymore. 2nd ML then leave the country. MC and ML confront their family to announce that they are together. Time skipped, they got married and had a little boy.

She was strong and calm protagonist. She almost seems like she was cold hearted but I think she had the softest heart ever. She was abandoned by her own parent. Its also stated that she was introvert and slightly autistic. Her body condition also not very good because of an accident. She also allergic to alcohol and had to learn use her left hand fully after the accident. Tbh you can see the different between before and after marriage. She seems almost child like and carefree. She was also forbidden to drive by ML.

Manipulator. After finished reading this, I realized if not because of ML manipulate MC surrounding, they may not end up together. There is one event that will support my claim. ML knew somehow second ML had to break up with MC due to financial reasons. So, he made someone offered a contract to become a model with huge amount of money. However, it was included in that contract that 2nd ML was forbidden from travel abroad for 5 years. So, 2nd ML who desperate for money to cure his sister that time, accept the offer. Tbh 2nd ML really love our MC. He was with her for 6 years before the break up and never cheated. However, due to his pride, he missed the opportunity to reunite with our MC. (Our MC reached out to him twice after their break up but he was mad at that time) . ML also the one who made a suggestion to MC father's to call MC back to China and used her as bargaining chip to save MC father's business. (He want to use this opportunity to trap MC father's I guess because he was mad at MC father's who send MC abroad and let her suffer. He love MC at first sight but MC was dated 2nd ML and never saw him. Even though ML was considered male god at school and smart, he only had eye on MC. He secretly notice her and study her behavior and preferences. He once said to MC that he the one that ranked high in the world, was really low to MC. After marriage, he designed the house to accommodate left handed person. No alcohol and smoking in the house because MC was allergic to them. MC really like children and want to have them. ML however reluctant because he was worried about MC's health. They compromised to wait after 2 years. Few days after that, MC was hospitalized and informed she was pregnant. So, ML was so sorry to asked her to abort the baby. MC was devastated but she knows ML was really worried about her health, so they abort the baby. (No worry, they had a son after that).

[collapse]
so that's it. I apologized for my broken English since I'm not a native speaker. But I really want to write this here because I want to help people knows this story even though mtl almost damaged my brain. However, if our TL decided to continue this story I will absolutely support them. Mtl is only to get the general idea, however to really understand the story of course we need to rely on our awesome TL. Anyway, enjoy the story! <<less
13 Likes · Like Permalink | Report
Advertisements
Leave a Review (Guidelines)
You must be logged in to rate and post a review. Register an account to get started.

A Chance To Become An Adonis
Advertisements