Novel Updates
RegisterLogin
Theme
Search
Your changes has been saved.
Advertisements
What Happens If A Friend’s Older Sister Falls In Love With A Gloomy Person?

Home >
Novel >
What Happens If A Friend’s Older Sister Falls In Love With A Gloomy Person? 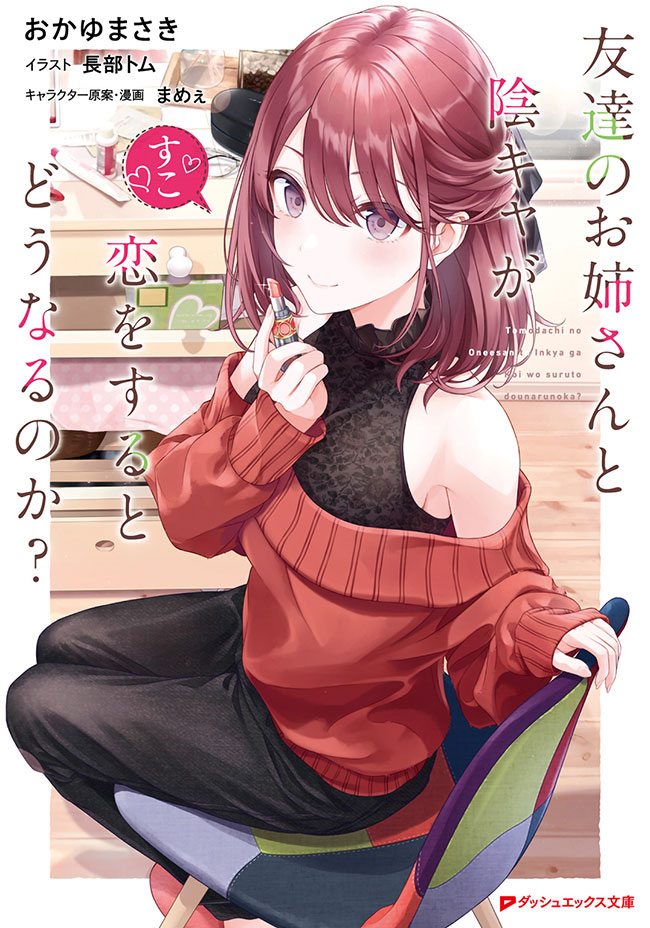 Status in Country of Origin. One entry per line
Volume 1 (Ongoing)

A self-proclaimed unattractive gloomy high schooler, Hiramiya Reiji, everytime he goes to visit his close friend’s house, he gets messed around by his older sister, Sakuya.

Drinking his drink as she pleases, barging into the bathroom, and crawling under his blanket in the middle of the night…

Thinking that perhaps he has done something to make her dislike him, he asked his close friend whether he has any idea, but he only gets a reply in a incomprehensible way, “you still haaven’t noticed it, huh”

On a certain day, Reiji loses in a game and has to listen to 3 of Sakuya’s wishes.

Reiji goes along with it even though he has doubts, but could he gradually begin to understand Sakuya’s true feelings…?

One entry per line
Tomodachi no Oneesan to Inkya ga Koi wo Suru to Dou Naru no ka?
友達のお姉さんと陰キャが恋をするとどうなるのか？

These are recommendation lists which contains What Happens If A Friend’s Older Sister Falls In Love With A Gloomy Person?. You should give them a visit if you're looking for similar novels to read. Alternatively, you can also create your own list.
More Lists >>>

I’m reading this when the first chapter has just came out. And it was fudging JUICY. The MC is kinda dense, while the fMC is quite forward. A lot of warm feelings just from chapter 1. Looking forwards for more!
5 Likes · Like Permalink | Report

MC is very dense, fMC is very forward and madly in love w MC. Right from the get-go it’s super fluffy. Very promising so far.
1 Likes · Like Permalink | Report
Advertisements
Leave a Review (Guidelines)
You must be logged in to rate and post a review. Register an account to get started.