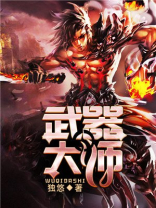 One entry per line
Du You
独悠

Status in Country of Origin. One entry per line
2280 Chapters (Completed)

One entry per line
IReader

Hundreds of years ago, Human, Celestial Clan and Demon Clan lived together on the Origin Continent. However, a great war broke out between the three races. Shan He, the leader of Human, had discovered a catalogue of methods to forge Divine Weapons. With this catalogue, Shan He led Human to defeat the other two clans and expelled them from the Origin Continent.

The peace did not last long. After the passing of Shan He, the once Glory Empire collapsed. Various forces of Human fell into a long period of wild war for the Divine Weapon Catalogue, but the catalogue was lost during the war.

The Demon Clan took advantage of the internal strife of Human. Under the lead of their new lord, Fen Tian, the Demon army invaded the Origin Continent violently.

Human soon lost a large portion of their territory. At that moment, a mysterious hero suddenly appeared on the battlefield. With a legendary Divine Weapon in hand, he severely injured Fen Tian and forced him to retreat. The united Human army chased the Demon army across the strait and to the Two Realm Plain on the Tranquil Continent.

Once again, the various forces of Human started wildly searching for the Divine Weapon Catalogue…

One entry per line
武器大师

These are recommendation lists which contains Weapon Master. You should give them a visit if you're looking for similar novels to read. Alternatively, you can also create your own list.
N/A

1 group(s) hidden due to dead links. Click here to show all releases.
Advertisements
Write a Review
4 Reviews sorted by

Bad. Very thin characters and world is very simple. Past plays little role as forging in this world is little more than socketing jems.
1 Likes · Like Permalink | Report

The world and cultivation systems are well constructed. Story line is good. MC is sincere, tenacious and definitely not opportunistic, though a bit cynical. His growing path is reasonable, not too fast (maybe a little disappointing if you are expecting high moments in every chapter). Female characters are also well depicted.
However, the most attracting character seems to be a small spiritual beast who eats gems as food and can only say a single word “Yiya”.
0 Likes · Like Permalink | Report
Advertisements
Leave a Review (Guidelines)
You must be logged in to rate and post a review. Register an account to get started.

Help! Our healer is a Necromancer!