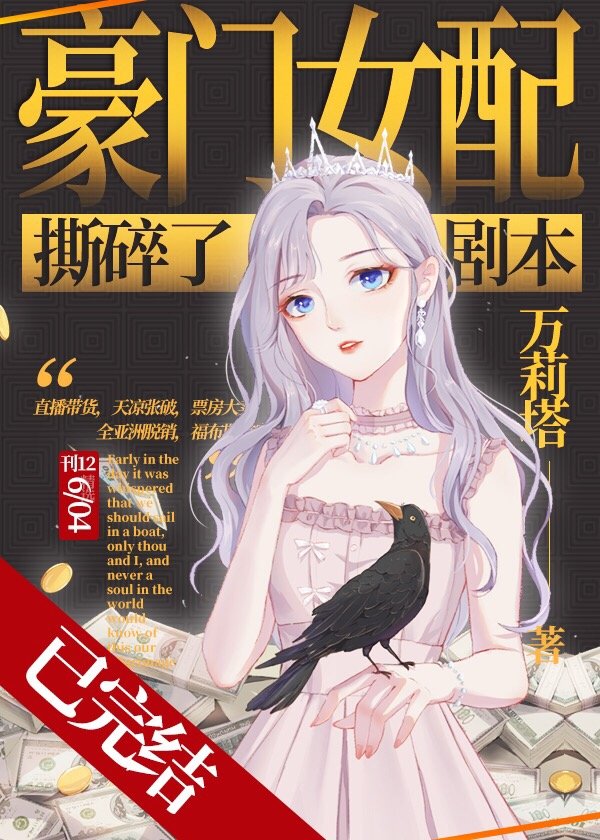 Status in Country of Origin. One entry per line
72 Chapters + 22 Extras (Completed)

Jiang Dai had a massive fight with her leading billionaire husband and left home, before landing herself in a car accident. After waking up from being unconscious, she realized that she was actually a villainous ex-wife in a President comic.

In the comic, the handsome and rich husband was about to get divorced from her and go into a love-hate relationship with the pure, silly, and sweet female lead. As the biggest villain in the comic, she had to fight her way through to the last moment, only then would she be able to end her story. Jiang Dai looked at her account of hundreds of millions of fortune…… a question mark then appeared over her face??

Coming to a decision, she tore the comic with her bare hands and became the first person to suggest divorce. To her dismay, her ex-husband tore the divorce agreement into bits. “If you want to divorce, give birth to a child first.”

In regards to the President of the Group suppressing the Jiang clan maliciously, Jiang Dai said a sentence casually. “It’s getting colder these days, it should be time for the Zhang clan to go bankrupt.”

The next day, the stocks of the Zhang financial group hit a limit down and went into liquidation. Her mother-in-law, who used to make things difficult for Jiang Dai, would instead pamper her all day long. Daughters of eminent families, who used to outcast her, would also constantly crowd around her.

“Daughter, do you think mother should slim down 5kg this month?”

Leading billionaire Huo Rongshen had a docile and beautiful wife.

That was until she got into a car accident, where her personality went through a massive change, threw a divorce agreement to his face and said “Goodbye, I’ll be on my way to revive my family enterprise.” Huo Rongshen was rendered stunned. “……The stocks of your Jiang clan, which sells vanishing creams, is only valued at 28 cents.”

After a few months, Huo Rongshen witnessed the shares of the Jiang clan’s cosmetic group soared. Even all the products in Asia were all sold out.
After a year.
Assistant: President, Young Madame has already fought in the business world for a year……

Huo Rongshen: She is finally willing to admit that she was wrong?

Assistant: No, Young Madame has acquired some of our property, financial, hospital, and entertainment subsidiaries. Also, on the Forbes list of billionaires, she has outranked you. _(:з」∠)_

One entry per line
豪门女配撕碎了剧本

These are recommendation lists which contains Wealthy Supporting Actress Tore the Script. You should give them a visit if you're looking for similar novels to read. Alternatively, you can also create your own list.
More Lists >>>

I don't like the relationship between the leads or the ML. I know alternate endings are available as well, but I would like to draw some attention about why I slowly lost interest in the novel
Spoiler
Again that's just my personal opinion but if you want to try it, go ahead. I just felt like I wasted my time on this.
43 Likes · Like Permalink | Report

tr*sh novel. FL is strong and cool. Problem is the ML, hes pure tr*sh of human garbage, dosent even deserve to be called a man. FL struggled to get divorce, after she finally gets it he keeps harassing her. For example dragging her around and into a small room refusing to let go. If anyone sees them, everyone will say SHE seduced HIM, no one will say anything bad about him. This alone shows how greedy the ML is. He dosent care that his actions can hurt her, he only care... more>> about himself and what he wants. Another disgusting thing the ML did, is that when he found out FL had a lot of money, he accused her of getting it in an illegal way. If HE makes money, its him being talented and awesome, if SHE makes money its done in an bad way. Hes pure tr*sh, sexist pig who dosent respect women at all. And just like every other tr*sh novel whit tr*sh ML, the FL ends up whit him anyway. When she wanted a divorce he even accused her of cheating on him, he even had people investigate her. Ofc he found nothing, hes tr*sh. This is not a reborn novel, the person found out her future life by being in coma. She alredy knew the ML is gonna divorce her for another woman. FL had been home like a good wife and a good daughter in law. She was nothing but the ML s*x doll, all interaction they had was when ML wanted his "needs". He spent most of his time at work. The fact that she knows this, and still falls in love whit him later, just dosent make sense. Again, tr*sh novel. <<less
31 Likes · Like Permalink | Report

1) did not like the ML’s manhandling. Def do not enjoy when men physically drag women off to wherever.

2) Hard No to man reacting with nonconsensual physical contact in response to jealousy.
(Also just? Don’t find it cute when men who are not/are no longer in a relationship are territorial/possessive. 😣)

3) This was partially (poorly) lampshaded by FL’s observations of the ML’s chauvinism, but I didn’t appreciate the ML repeatedly questioning the FL’s abilities; assuming she had another Golden Thigh/sugar daddy instead of entertaining the idea of her being competent alone; & lecturing her on “naive” business practices.

I dropped pretty early in the series, so there may be major character developments I’m passing on. But I’m pretty ok with not sticking around to see if that holds true.
20 Likes · Like Permalink | Report

ML is absolute tr*sh. Seriously, when will people move on. I thought that now we are in the 21st century we would value partners who respect us, not treat us like objects or constantly think that we are useless. FL was independent and unwilling to let anyone get the best of her, in ever aspect but with ML. even after they divorce he stalks her and sexually harasses her, but she says "it's fine, he just forgot to take his meds"
10 Likes · Like Permalink | Report

give it a try!
Spoiler

so, all these are planned by the jealous best friend of the FMC. She is reborned and tasked with the system to destroy the ML n FMC relationship.

So poor for the ML, that he is will be a widow for the next 2 years, and be the father until 3 years later.

Oh gosh, all the Second MLs will get FMC as their wife in another parallel world, soooo happyyy

Please give this novel a chance. There is not so much romance involved, but it's a good light reading. Just ignore some plot holes, and you'll be perfectly happy with this book. Edit: Oh, right. The synopsis is a bit misleading.
Spoiler

From the synopsis it looks like our Dai Dai is still in a marriage and her husband looks a tad bit overbearing. But nope. They did divorce. And the ex-wife-chasing is funny. Really.

I enjoyed some of it, but it wasn't memorable and the FL was too stubborn for my liking. This novel would've been so much better if we didn't have the 2 supporting male leads... Not 1 but 2!!!! Do authors think we like watching good guys be tortured by unrequited love?? And no, the extra chapters didn't help the situation either. + Am I the only one that didn't hate the ML that much? He is annoying sometimes, but are we ignoring the fact the FL never showed her true self throughout... more>> their relationship?? She never visited her family cuz she was more interested in being a good housewife, and even abandoned her college-degree... I also agree he shouldn't drag her by the arm, but I would also be frustrated if my wife decides to divorce me without communicating with me...
Spoiler

Mind you, we later on find out that he had always loved her and even in their past-life, so divorcing The FL was never his decision, but rather the "magic" of the final-villain

Yeah sorry. The author tried so hard to make the MC interesting and not become another Mary sue character, but They failed soooo badly. She takes the thrown as the Most unlikeable Mary sue for this year. If the phasing and plot are interesting enough, I might continue to read it, but nope, 48 chapters is enough for me to decide that this novel is not worth to spend my time.
8 Likes · Like Permalink | Report

I should really trust my instinct the moment I read the novel summary. It sucks. For me, a main character whether it's female or male is very important to engage me to pour myself into him/her. But this MC is not the kind of character I wanna read, and I wont remember this story after I finish writing this. I dont even have the energy to write more.... more>> Just the novel summary was enough to make me judge. I wont comment on ML, since all his behavior is very typical overbearing ceo that most readers applaud so much, if not why'd there be endless of novel and live action with this type character. <<less
5 Likes · Like Permalink | Report

Pros: Cons: After reading this novel, I'm not sure if I liked it or disliked it. It wasn't terrible but... more>> it didn't have a lot of good points. I guess if you're binging to kill time, it'd be a great time killer, but don't expect any emotional rollercoaster or any attachment to the novel. <<less
3 Likes · Like Permalink | Report

it's sad at first l liked it but unfortunaly the FL and ex husband need to end together at the end as if the past was forgotten. l think it will have been better with a seperation until the end.
2 Likes · Like Permalink | Report

dropped because I read some spoilers and don't super like where it's going. Scratches the itch of uber powerful MC getting revenge in the modern world (and the insights about tech and retail are pretty true lmao). But ya fu/ck the ML he's an arsehole HAHA
2 Likes · Like Permalink | Report

Thanks for the translation! The story start out great but can’t say much good about it unfold and how it ends. I loved how the female lead had a strong character.
1 Likes · Like Permalink | Report
Advertisements
Leave a Review (Guidelines)
You must be logged in to rate and post a review. Register an account to get started.