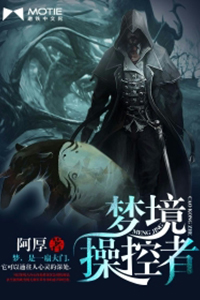 One entry per line
A Hou
阿厚

Status in Country of Origin. One entry per line
173 Chapters (Completed)

Dreams are the visualization of desire – a doorway that can lead to the depths of a person’s heart; it can embody their deepest yearning, to such a degree that the consciousness and experience of incalculable ancestors can be passed on. In the vast boundless universe, there exists such a people. They can enter dreams, explore it, change it, use it, and manipulate it. They call themselves Watchmen.

At only the age of sixteen, Jiu Jie encountered an unforeseen event. Since then, he became one of them, a Watchman – to set foot and explore dreams riddled in the mysteries of no return. But in the wake of manipulating dreams, as his abilities continued to grow, a world-shaking secret began to emerge.

One entry per line
Dream Manipulator
The Dreamer
梦境操控者

These are recommendation lists which contains Watchmen. You should give them a visit if you're looking for similar novels to read. Alternatively, you can also create your own list.
N/A

This quote was apparently ascribed on the MC's father's grave. Besides being meaningless New Age claptrap, I'm 100% sure the author didn't come up with this quote, but he didn't credit it anywhere. This kind of leaves a sour taste in my mouth. I much prefer to read original sayings, even if they are garbage, than uncredited quotes appropriated from other sources. Uncredited, stolen quotes indicate that the author is not only uncreative but also unethical. But that's like 99% of webnovels nowdays, so what the hell. Anyway, if you want to read novels with interesting "insights" shall I say, try Daoist Gu (I cannot vouch for the translation quality on this site, but I read the Chinese raws, and it is amazing). As for the story itself, it is basically Inception - going into people's dreams to achieve some goals, e.g finding out about a terrorist's motivations so that he'll give out vital information. Not very original, and I must say the execution is quite subpar. The MC goes into a random dream in the terrorist's mind, and then interprets the dream to deduce that the terrorist wants to save a certain woman. No explanation is given as to how the MC deduced (from a bunch of people on a train turning into caterpillars) that the terrorist wants to save a woman, nor that that is the only reason for the terrorist planting the bombs. It's basically magic - no different from magical telepathy except with more spectacle. MC does something and figures something out, readers are given no explanations as to how the MC figured it out. What's the point of showing us the dream if we're not supposed to understand it? At least in Sherlock Holmes and other detective stories the MC explains his deductions (however absurd and outlandish they may be). Stage hypnotism is another thing that bothered me. Guy goes on stage and gets "hypnotized". MC claims this is because of magic, rather than the more likely explanation that the guy is just a stooge. The MC does not explain his conclusion. Are we, as readers who know nothing about the MC's magical powers, supposed to be impressed? Another thing: MC's father dies, random guy comes out of nowhere and tells the MC that he didn't know anything about his father. This is a common trope (see http://tvtropes. Org/pmwiki/pmwiki. Php/Main/SecretLegacy), and I get very annoyed whenever I see it. It's basically declaring that you're going to use a deux ex machina or reveal something to move the plot forward at some point. Just lazy writing.
13 Likes · Like Permalink | Report
Advertisements
Leave a Review (Guidelines)
You must be logged in to rate and post a review. Register an account to get started.

The Sound of Rain [Completed]