Novel Updates
RegisterLogin
Theme
Search
Your changes has been saved.
Advertisements
War of the Supreme Mysteries 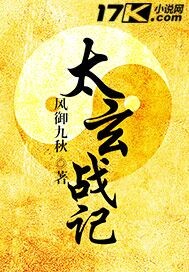 One entry per line
风御九秋

Status in Country of Origin. One entry per line
399 Chapters (Complete)

Donford Wu, part of the special military force, Cheetah Troops, was transported back in time to ancient China while on a special mission. There, he starts his lonely journey of cultivation.

Chronicles of Primordial Wars (1)
A Step into the Past (1)

These are recommendation lists which contains War of the Supreme Mysteries. You should give them a visit if you're looking for similar novels to read. Alternatively, you can also create your own list.
N/A

Finally an MC that tells someone of his true origins in the new world he is in. I liked the MC at the beginning and was rooting for him. Now, he turned into a hypocrite, and not a hypocrite as some people label the MC's in MGA, ATG, PMG, etc. For killing their enemies. To start, there is a girl that is willing to have s*x with the MC, but he turns her down because he does not want to ruin their friendship. Then, he forces himself on another girl... more>> and at the same time the author is justifying the MC's actions, I was like "STFU! This is r*pe no mater how you look at it." Even the MC knew what he did was wrong because he mentioned that he bullied her. No dude, you did not bully her, you raped her. We can infer that the MC has no game, because not once did he try charm to seduce the girl. In another hypocritical incident, he was against the torture of a prisoner, an assassin the was sent to killed infants. Not only was he against her torture, he helped her escaped captivity. Later on, when trying to learn about cultivation, the MC mentioned that he will torture the other five clans' members to learn about their cultivation techniques. What? The MC is not willing to see an infant killer be tortured, but has no problems torturing people just to learn cultivation techniques? The MC's latest actions have me considering dropping this series. <<less
13 Likes · Like Permalink | Report

Its a pity no one is translating it right now. Lots of potential! Xianxia with a tinge of a pseudo-historical setting (and I mean a tinge). I really like character interactions and while the MC acts sometimes really stupidly in hindsight it just adds more to the character and made me remember that the author is trying to make him as flawed as humanly possible while making him in the same respect more real. I know that this MC will bring a lot of surprises in the moral department and... more>> that's why I'm really interested in the novel. There's a lot of stories in which the MC is a reincarnated from our modern world and there's usually a contrast with the MC's modern morals mixing with xianxia morals while in this novel the MC has of yet not have that much, if any conflicts regarding that at all. It may sound weird but it sure as hell make it more refreshing. <<less
3 Likes · Like Permalink | Report

Interesting premises so far, MC has potential I think. This has been worth 3 or 4 stars so far. It looks like it will develop into your typical xanxia, However I find the story’s setting in “Ancient China” really interesting. The MC going back in time really makes my imagination goes wild. My rating varies from 3/5 to 4/5 because it’s too early to have a better opinion, but here are my thoughts about the first 35 chapters. Possible minor spoilers in the pros and cons. ... more>>
Spoiler

- The MC thinks things through, he’s smart and not generally dense.

- It’s hinted that once he cultivates his potential, he’ll be overpowered.

- I’m clearly eager to see more about the system of “tribes” and bloodlines linked to the 5 elements. 5 different tribes master each one specific element related to their bloodline. It seems that this system gives each tribe’s cultivators advantages and weaknesses.

- The MC is a member of special forces so he’s not indecisive about killing. However, he doesn’t seem to be the kind of guy to kill for small matters.

- The MC wasn't actually "corrupted" directly by the lack of morals (compared to the modern society he came from) in his new environment so far. Even if he has to act against his morals, he actually seems to express reluctance or even regret if he has no choice but to do so.

Take the two last claims lightly though, I can't be sure he won't turn into a psychopath over time.

- The MC is quite pushy with his woman and that can lead to some scenes that can make people uneasy. In one or two instances during the first 35 chapters, the MC acted like quite the macho man. This, I have to say, led to situations I found annoying.

- There’s a harem tag. So far, the MC didn’t seem to be interested in developing a relationship with more than one woman, but since the tag is put, there’s a possibility for multiple love interests to appear later on.