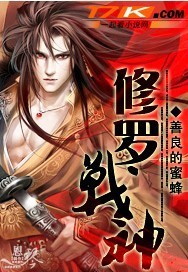 Status in Country of Origin. One entry per line
12 Volumes / 977 Chapters (Completed)

He has been abandoned by his clan.

He has been considered waste from his childhood but he is a “Peerless Genius”.

His father with the help of another person has sealed his Dantian to stop him exposing his exceptional talent but after his rebirth, he becomes the most dazzling star of the continent. However he faces crisis and difficulties as his Dao goes against the Heaven’s will.

Overcoming everything, eventually he achieves the highest boundary “The God of War”.

These are recommendation lists which contains War God Asura. You should give them a visit if you're looking for similar novels to read. Alternatively, you can also create your own list.
N/A

Considering that this is the first novel written by the Author of MGA, this novel has its flaws. But the plot concept is well plotted regarding the title "ASURA", there are a few relations regarding Eggy and Xue Ji (Chu Feng's 2 Asura world Spirits in this novel) and if you are a MGA fan you will need to read this since the author himself considers this novel as a prequel to MGA and in the near future we will most likely be seeing more connections between the two as MGA is only half way through at this moment, and many obscure things regarding the world spirits and Ancient Era wil be explained sooner rather than later.

This review isn't meant to turn anyone off by criticizing the translation, it is worth at least trying to read past it. The translation could hardly be called readable. I do wish that some machine translators wouldn't simply post a chapter in Google Translate and post it unedited. It hardly deserves to be called a translation. I was able to edit chapter 2 to the point of readability in about 30 minutes, but it was just an experiment, as I don't have the time to invest to do anything but read.... more>> In other words, don't pick up this novel from the current translator if you aren't good at decrypting text. If I were judging this novel on the translation, I would give it a one or a two-star rating. Of course, I've seen worse and I respect the translator for working to get the novel out there, but I would love it if just a bit more effort were to be put into it. I will leave my rating based purely on the story, as it is pretty good so far and deserves to be picked up by a proper translator (if any prospective translators are out there, this seems like it would make a pretty nice main project). The story is just as it sounds, a typical xianxia novel. It doesn't EXACTLY set itself apart, but its different to the extent that MGA and ATG are different from each other. So far it looks interesting and has succeeded in drawing me in. It definitely has a great style of writing that really draws readers in if you're able to read into the poor translation. The plot is well-described in the summary above, and it also gives you a basic feel on how the novel will progress.
Overall I will rate it a 5, as I don't have any criticisms about the plot, it being exactly what I'm looking for in a xianxia novel, and it has potential to rival the big xianxia novels such as ATG, MGA, and TGR. <<less

Same author as MGA. Looks like it has potential. Translation leaves to desire though.
8 Likes · Like Permalink | Report

It was picked up again, and re-translated properly. The story so far is not bad, but there is not much suspense. It is your typical cliques, with the MC being bullied, abandoned by his clan and having a nemesis right away. However, there are no feelings to any of the cliques mentioned with this story. For the bullying, the MC only mentioned it once and did not elaborate, but it did not seem like he was bullied. His clan did not abandoned him, he was just not allowed to train... more>> with the main sect and was made a servant (slave) and moved outside to a town. Despite being a slave, all those that do not become martial artists have total freedom with no supervision. It is more like they become a branch of the clan. For his first nemesis, the nemesis has a legitimate reason for not liking the MC. Actually, the MC seems kind of rude, and cocky, without being overpowered as of now. <<less
5 Likes · Like Permalink | Report
Leave a Review (Guidelines)
You must be logged in to rate and post a review. Register an account to get started.