Novel Updates
RegisterLogin
Theme
Search
Your changes has been saved.
Advertisements
Villainous Husband, the One You’re Obsessed With is Over There

Home >
Novel >
Villainous Husband, the One You’re Obsessed With is Over There 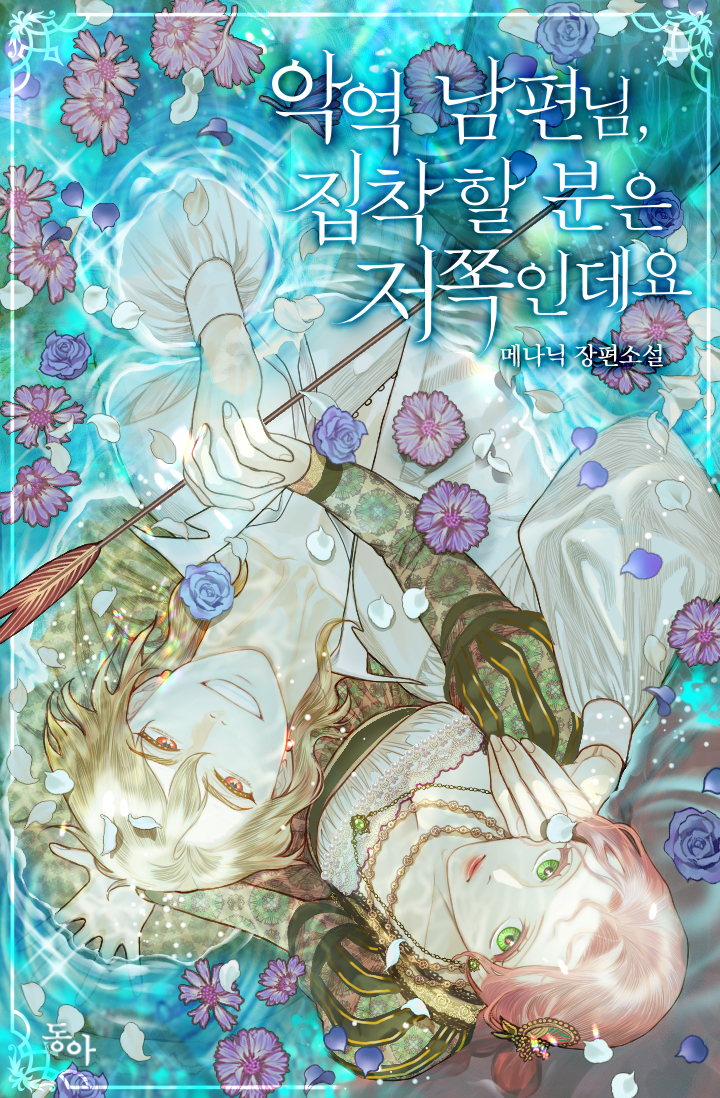 Status in Country of Origin. One entry per line
124 Chapters (Completed)

I possessed the wife of the Emperor, the mad villain of a tragic novel.

After a while, when the evil Emperor looks to be obsessed with the saint who appears, I will vanish as if I was never here at all. Because the moment the blind villain meets the Saint…

He won’t even remember that I exist!

I really did nothing.

The corner of his lips raised crookedly. Though that smile did not reach his eyes at all.

“One, return to the palace with me…”

His gaze was enough to unnerve me.

“Two, let me kill all these men who have hidden the Empress of the Empire for treason… then, return to the palace with me.”

No, hasn’t the saint already appeared?

…Why are you doing this to me?

These are recommendation lists which contains Villainous Husband, the One You’re Obsessed With is Over There. You should give them a visit if you're looking for similar novels to read. Alternatively, you can also create your own list.
More Lists >>>

This is actually really good. The translation is good and the story is good so far. I'm usually not a fan of tyrants and stuff like that but I just really like this one. The way he teases her is just so funny and it her reactions are so cute as well. Not much going on in the story except the hunt which just ended but we'll see. Apparently it's tragedy. I literally just found out like whyyyyyyy?? It was going so well too. Anyway, I def recommend this. Hopefully the tragedy won't... more>> cut deep down. <<less
1 Likes · Like Permalink | Report

This one is really good so far. There are SO many reincarnation novels where the MC is trying to not die, but you really get a sense of urgency from this one. I love that intensity. I also really like the ML because he really doesn't give af about anything. Completely rotten, but it makes it interesting. Not to mention, I'm a sucker for villains being charmed by a lady.
29 Likes · Like Permalink | Report

Love it, the MC is not s*upid but also not a ground-breaking genuis she will do what we all can, I like the ML because I don't hate natural crazy, just follow his rules do as you told and everything will be just fine. Edit: hate the ending most s*upidist and unfulfilling ending ... more>>
Spoiler

author turnd it to a physiological horror, ML and MC fought each other to death, MC win but went to a coma ML died but come back as a undead when the MC wake up, and they will properly keep fighting each other for all eternity

i love this. Love the FL and the ml. They didn't make the ML as the "I'm bad cause I have trauma" which I love. And the FL is the street smart type. Its the typical villain that use to love the MC now love supporting chara. But out of those typical theme. This novel seem to be the only novel that make sense why the FL want to run away. I mean the ML are crazy af lmao. Anyway I hope this will be avaible on other country kakao... more>> page since I really want to read next chapter. Can't translate the korean version. Since ia 15+ age restriction at kakaopage need a korean phone number verfication TT <<less
12 Likes · Like Permalink | Report

Just as other reviews said, the ML is a true maniac and a Villain. Like really, he is really crazy and actually send shivers down your spine. I actually find him a very good character due to which I am concerned about my mental health. I definitely need therepy. The FL is not s*upid or annoying imo. She is a good MC. She is kind of realistic which is very rare these days in novels which I find very refreshing. I definitely recommend this novel 10/10. The translation is good too btw.
10 Likes · Like Permalink | Report

ML is sick in the head. A lot of reviews are applauding this and grateful that he stays insane and how the author doesn't try to change his character or justify his craziness. I have no problem with this, if you're crazy then you crazy. But the interactions between MC and ML just made me so very uncomfortable. ML treats MC like a toy that has his momentary interest and if she were to ever make him bored, he would kill her. MC is insanely terrified of ML, and that... more>> is just not romantic too me. I don't see how ML could ever come to love her in a way I see acceptable. I have a sad feeling that her husband is the ML and that he won't die and we get a new and improved ML. Not my cup of tea, so I'll be dropping this. <<less
9 Likes · Like Permalink | Report

Its the same old formula but those only four characters where so interesting, the execution was suberb, it was so intense we could truly feel the danger and urgency. The FL is likeable and relatable, the ML is completely cray cray but he is so cray that he somehow dodged the instant hate a scum ML will get, weird thing but thats how I felt.
6 Likes · Like Permalink | Report

This is where you'll find the real psychotic, crazy, villainous ML of an emperor. Like, really really. It's a breath of fresh air because the author's really sticking to the concept and not changing him instantly upon meeting the MC. The MC's lovable and know what to do, the ML is.. He's a lot of things. I love it.
5 Likes · Like Permalink | Report

Well, I’m definitely ready for the next chapters!! I love that this guy is a “true” maniacal tyrant, and I love how the FL does whatever necessary to survive. Of course, psychopathic husbands in real life are a no-no, but I’m NGL this guy has been cracking up because he’s just crazy!! The FL is wise and determined. Thanks to the translators who are working this!
4 Likes · Like Permalink | Report

This is not a story where the author is trying to justify the yandere. He is just straight up a crazy sadistic bastard, and I love it. The FL is great too. She is not a genius but is smart and doing the best in her situation, without realizing that while trying to keep up with the ML's logic her own way of thinking has become twisted too. Their dynamic is really funny lmao and I frankly look forward to seeing more of it.
4 Likes · Like Permalink | Report

Story and translation are great! Emperor is insane up to the point where it's very fun and unpredictable to read, and I like the way the author doesn't sugarcoat the unhinged ml. Mc's pov in the story is pretty nice I really like the way theres humour as well as her scared side, which makes her really likeable. I agree with the other reviews about the ml, normally I would hate insane ml's but in this novel its honestly so fun to read the way he's completely deranged lol. I'm looking forward... more>> to read more. <<less
2 Likes · Like Permalink | Report