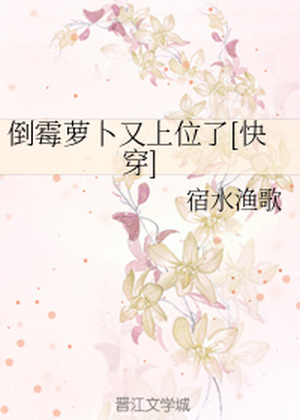 One entry per line
宿水渔歌

Status in Country of Origin. One entry per line
157 Chapters (Completed)

Chu Ci’s mission was to make the target get together with the female lead, but why were these targets—who should love the female lead till the point of split personality, lonely till death, give up the country, give up life missions, give up the chance to become great—getting bent one after the other?

One entry per line
倒霉萝卜又上位了[快穿]

These are recommendation lists which contains Unlucky Radish Occupied the Seat Again. You should give them a visit if you're looking for similar novels to read. Alternatively, you can also create your own list.
More Lists >>>

I like this story very well. 🥰 A good read to passed time very entertaining. 😍 Sweet, fluppy, no drama. Good for light read. Wash your heart with fluppiness.
0 Likes · Like Permalink | Report

Awful. Just awful. The first arc was fine. More than fine, even. It was not perfect: dragged out a bit to the end, ML was manipulated into falling in love with MC, but all in all - a very enjoyable read. That left me optimistic. The second arc did not correct shortcomings of the first arc. It is even more dragged out (same events repeated again and again), no relationship development between MC and ML, MC again manipulates ML into falling in love.... more>> The beginning of the third arc gives us this gem: MC: "I'll try to persuade female lead to be good?" (in arc 2 MC decided to abandon the task and be with ML)
System: "Didn't you say you want to do it by yourself? Why do you want to persuade her again?"
MC: "That is a special situation. It's hard to be stabbed in the ass for a lifetime, okay!" Imagine. Just imagine living a whole live having s*x this bad. Not once he enjoyed having s*x with ML. Imagine being an author writing this. And being proud of themselves. But this was not the worst part. The worst part was that in arc three ML suffered from an injury and had a mentality of a young child. And shortcomings of the previous arcs are still not fixed. Yes, in this arc MC sexually harasses and manipulates into falling in love someone who has a mentality of a child. By "manipulating" I mean that he does not have any feelings to ML, but wants him to fall in love simply to reach his goal. I can't tell you how uncomfortable I was while reading MC literally grooming his supposed love interest. (The fact that nothing else happens in this arc was not helping). I know that I read the fourth arc, but it was a month ago and this arc left no impression on me. (So little, that I was surprised that there is an arc 4). But since overall impression of this novel is "from good to bad to worse" I'm not sad about it. Arc five is where I decided that enough is enough. In this arc MC bought ML on black market to save hi from worse fate. Then he married ML even though ML REALLY didn't want to. MC (who still does not have feelings to ML) made a bet with ML that in three months he will fall in love with MC. 86 chapters in and relationship between MC and ML are still nonexistent. I'm not sure the author even capable of writing a normal relationship. You know, where characters are with each other because they love each other? And no one manipulates the other? Who enjoy having s*x with each other? In conclusion: if you enjoyed the first arc and think that the rest of the story is also good - run. Do not invest your time and feelings into this story. You will be left angry and disappointed. <<less

The story is pretty cute. The MC is a radish who cultivated into human form and was killed by a lightning tribulation, who was later bound to a system to live and transmigrate to different worlds. It was so entertaining since he was like: "System, you told me that the Male Lead is a straight guy! Why is he bent!?"... more>> And then the MC later does the active chasing. From: "Why me?" to "It should be me!" I like how the ML gradually remembers and finds the MC. The MC's name is the saviour of the ML ? It's great for a light read. Some of the arcs get a little bit boring and there area lot of time skips. (Ex: From A Cultivation World: One hundred years later, the old couple blah blah blah and then the MC went back into the empty space and went to the next world.) The Extras are really, really nice expecially how the "big villain" changed and became frienemies (friend + enemies) with the MC. There was a little angst but it was fixed immediately. The novel is a HE and I'm satisfied with the ending. Don't expect a great plot with all the scheming and drama. It's really just a light read and just enjoy the ride. I want to thank the author of this novel and for the translator who picked this novel up. #Fighting amd will continue to support. ? <<less
19 Likes · Like Permalink | Report

At first, the story is not really bad. I mean, not annoying at least. But after some time, he kinda... really becomes radish, I guess? Cause I cant believe that a human can be that st-pid and naive. But again, you knew what you were going for - title literally states that he is plant (vegetable, to be exact). Never expected him to be a genius. You can give it a try, if like, seriously bored. Also, I don't really remember what worlds were about😗
6 Likes · Like Permalink | Report

rating - 2.5 this plot is alright, , , it could've been a cute novel to read when you don't have anything else.. Now for me it is just a boring novel I would read and not think too much about, , just as a pass time. till now I just know that MC likes beautiful things/people (like ML) definitely a face-con I'm still reading the first arc and there are many plot holes okay?. Then stuff like... more>>
Spoiler

MC is apparently a doc but ML took him at his office as a secretary, , @office MC does nothing but plays games which is understandable, , but later at some point he says something like "how long are we staying here? I'm still your secretary I have work" when they were on a vacation.. He doesn't even work in the office so??

MC said that the original owner and ML were casual classmates but after that they had no contact so they were basically strangers, , later the female lead says "MC liked small animals" and others also act very familiar with MC. Since they didn't spend so much time with eachother in the past so how do they know so much about MC?

[collapse]
or did I misread it 🤔 Translation is alright, , readable/ understandable just a bit better than mtl <<less
3 Likes · Like Permalink | Report

i feel like it’s too “slice of life” for me. The MC doesn’t toggle my heart strings, I want him to, but eh. I like the ML. It’s a cute story, but kinda slow for me. It doesn’t keep my attention. I know there is an audience for such genre and writing, but doesn’t interest me.
3 Likes · Like Permalink | Report

It's good for a quick reading. Don't hold any expectation over it, just go with the flow. The MC being a radish, he have close to none common sense but a lot of desires. He want to live the good life basically. But 3 arc in with arc 2 covering for about many decades but still close to none character improvement. It seems to shows more and more character flaws instead. I don't know further development cuz I drop in at the end of arc 3. It's enjoyable for a short while... more>> but if it keeps this kind of setting it will be quite a drag to read. <<less
2 Likes · Like Permalink | Report

I don't know about anyone else but this was good for a quick read I mean the ending was a bit dragged and honestly I still dont get it But it's enough to pass the time The relationship was cute and all and the way Chu Ci identified his lover in each world got me laughing Anyways I reccomend this for anyone who just wants a brainless fluff story
1 Likes · Like Permalink | Report
Leave a Review (Guidelines)
You must be logged in to rate and post a review. Register an account to get started.