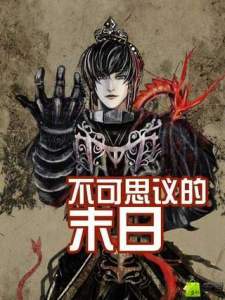 One entry per line
姐姐的新娘

Status in Country of Origin. One entry per line
255 Chapters (Completed)

First, this isn’t a story about how to seek survival during Doomsday! It’s rather about how to bring about the end of of times, to bring down the curtain on the world. It’s about how to set off a Zombie frenzy, how to lead the Devil into invasion, and how to guide the descent of Zerg! In this game of doom, I’m the source of everything!

Second, I need to thank those brethren who accompanied me until now. My thanks go to the Lich Monarch, Arthas Menethil (game: World of Warcraft), bringer of endless winter and death; to Alex Mercer (game: Prototype), who created life by consuming viruses; to the Worst Spirit Tokisaki Kurumi (Light Novel: Date a Live), controller of time; to the Magus Ascendant Xerath (Game: League of Legends), imprisoned by runes.

Ladies and Gentlemen, lets bring about a carnival of doom!

One entry per line
不可思议的末日

These are recommendation lists which contains Unfathomable Doomsday. You should give them a visit if you're looking for similar novels to read. Alternatively, you can also create your own list.
More Lists >>>

I dont care that the author is stealing stuff from games, movies and other stuff. I dont care about the dumb prices in the system. Like how a cheap gun cost 100 points when the T-virus only cost 1000 points. I cant get past how bad the MC is though. I dont mind that he is a corny vampire. I mind that he is a idiot. I can not express enough how bad this MC is. It should be super easy to destroy the world with his op system. The... more>> author just wastes time on pointless filler that makes the MC look bad. He lets a super easy prey escape just so he can chase him and get into trouble. <<less
24 Likes · Like Permalink | Report

China and their plagiarism never ceases to amaze me. Namedropping specific stuff from games and other media, without even trying to create something original. They could have just removed the names of game/novel/movie items, 0 reason to include these items and events besides trying to take advantage of their name for fame and clickbait.
What was the point of using the Blacklight Virus from Prototype? Just to cash in on a popular name? Why not just give it an original name... Also the whole setup and the protagonist is so edgy... I... more>> can see why a young edgy teen would like this novel but that's about it. It's neither funny, nor deep, nor truly 'dark', just edgy. Pointlessly edgy scenes like a 8 year old eating her parents and the MC calling her a "good girl". Seriously who is this novel made for? Ok I continued reading out of morbid curiosity and what the hell...
Spoiler

What the hell am I reading? Is the author on drugs?

After a certain point the MC turns a dying enemy into an infected... who is somehow the perfect vessel for ARTHAS from Warcraft 3, for some reason this turns the woman's hair grey, gives her Death Knight style powers of frost and decay and... wait for it... SHE GROWS CAT EARS.

So now we have a young woman, with cat ears and ice powers, who responds to the name "Arthas."

Edit 2: Half a year later, releases have stopped. I'll keep the 5 stat in commemoration of my hope for this novel, but I am truly dissapointed. If I hadn't known better I would have thought quidan was translating it.... Edit: as of chapter 20 (2 months later) the author can't keep up with his 1 per week release schedule and is even wasting the chapters on pointless filler episodes which serve absolutely no point at all. Seriously, there has been twice as much development in chapters 5-10 than 10-20. That... more>> being said it's not necessarily a bad novel it just needs translating to be more consistent. Original: While: While I may still be quite early in the series, it shows amazing potential. It is utterly refreshing in the sense that the protagonist is not a wimp, but a hardass who does not care what happens or who he hurt so that he can revive his sister and have his revenge. I loved this novel so much, that after a whols 2 years on this site, I just created an account to post a review here. The only major drawback would be the lack or updates and slow release schedule, but I really believe that with some work this LN can really shine. P.S. Shoutout to the previous comment, I would have said half of what he said but he beat me to it. ;) <<less
16 Likes · Like Permalink | Report

Read the spoiler, please.
It's a summary of the mc's journey and my feelings about it. ... more>>
Spoiler

This is a novel about a protagonist trying to achieve his own goal and dream, but was forced to give up due to the harsh reality of the world.

After countless massacres and efforts, all his efforts turn out to be meaningless in the end.
He could not change the past.
And as such, he was forced to grow up, accept the past, learn to appreciate the present, and look forward to the future.
This is about the growth of a man who only chased the past to a man who has overcome the past and now lives happily with his family looking forward to the future.
It is really realistic, because that was his limit.
He wasn't able to do anything about it and his only choice was to accept it all and just apreciate what he has now.


I don't really like it to be honest.
Maybe it's because I'm still young but I like idealistic endings, where everything works out ok, and everyone gets happy and all.
Although I don't mind characters dying here and there, some suffering here and there, but to have his whole life of efforts be meaningless in the end is just...I don't know, it's just kind of pathetic.

The realistic nature of it all just makes me kind of tired...

[collapse]
Basically, although I was disappointed by the ending, there were some cool edgy moments, a vampire MC, and it was able to help me pass the time so it's still 3 stars. <<less
8 Likes · Like Permalink | Report

Interesting concept. What you are doing to other if is reversed what happens? MC only wants destruction due to humans deeds, as they could not accept other intelligent being other than them. So they killed them giving them the term "Monsters " so MC wish to make humans Monster and see how they handle it..... Haha 4.5 starts rated here. only wished they translated more chapters. Update- I have to agree this novel is a masterpiece. MC is dark Villain but still it's make you fall in love with this Novel. It focuses... more>> on dark side of the world but still show the light side sometimes. The people who forgets what they are facing in the Dark and what the so called monster are.... I really can't explain it properly so read yourself. <<less
6 Likes · Like Permalink | Report

Great novel absolutely love it! For first time we have apocalypse but you are not surviving it but creating and destroying many worlds this is awesome. MC is vapire this is something that I personally love. Only bad very bad thing is release rate. Its terrible for such good novel is waste
6 Likes · Like Permalink | Report

Honestly this is utterly amazing. The concept is refreshing, if your tired of the dull generic protagonist who is a complete ill save everyone in peril if they aren’t enemies this is for you. The protagonist life is one big tragedy he isn’t a non-human protagonist who runs to human society for acceptance instead destroys it. They have fairly good depictions of human nature so far. Every OP thing that pops up is justified it isn’t some “I’m and idiot but super talented person, so some old expert gives me... more>> everything I need to get OP” path. He’s cruel and destructive which is honestly kinda cool so if your tired of what many many writers are doing and want something to this is highly recommend. The only draw back is the release rate but it’s worth it. <<less
6 Likes · Like Permalink | Report

Little novel hiding actually found an "evil" main character the rest of the review is up to your imagination hopefully there will be more updates :D Edit Chapter 21 This novel starts good there are some scenes of human greed but could be even better but I think the author doesn't know how to develop it nevertheless it's awesome, better than most of novels here that have evil protagonist tag I mean It's either a real dark fantasy novel or it isn't. This novel becomes better later on or not... more>> will be found out in the latter chapters <<less
2 Likes · Like Permalink | Report

Its been years since I read this novel and I look foward to reading this since it was picked up again. The concept of the novel is quite new and I see a lot of potential for this novel if it is done well, but also the novel can also turn the other way if it isn't. Looking foward to new developments
1 Likes · Like Permalink | Report
Advertisements
Leave a Review (Guidelines)
You must be logged in to rate and post a review. Register an account to get started.

A Perfect Cell Fan Reincarnates as...