Novel Updates
RegisterLogin
Theme
Search
Your changes has been saved.
Underdog Versus Boss 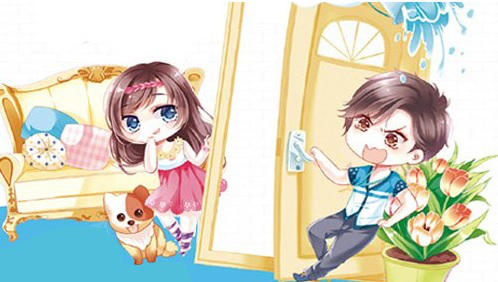 Status in Country of Origin. One entry per line
326 Chapters (Complete)

Da Tian Ting resents her mother for abandoning her and her father to marry her mother’s first love.

Unbeknownst to Da Tian Ting, her father’s friend betrays him by stealing her father’s invention. She believes her inheritance is from her father’s life savings.

On the eve of Da Tian Ting’s wedding day, her fiance cheats on her. She cancels the wedding and breaks off the engagement.

When Da Tian Ting hits rock bottom she reunites with Feng Kai Ze. She doesn’t recognise the adult Feng Kai Ze. She thinks he is a handsome pauper and plans to recruit him as her wedding date to her ex-fiance’s wedding.

Feng Kai Ze recognises his childhood rival Da Tian Ting. Initially Feng Kai Ze wants to use Da Tian Ting to defy his father’s order for him to marry the daughter of a businessman who is blackmailing his father.

These are recommendation lists which contains Underdog Versus Boss. You should give them a visit if you're looking for similar novels to read. Alternatively, you can also create your own list.
N/A

Never once before I read a novel with so many unlikeable character. Not even in xianxia, where every arc will have their own set of hateful antagonist. Even the pitiful protagonist become annoying. Girl, be a little bit smarter, will you? Stop blindly making your own assumption. I know a male that couldn't take no might sounds powerful and interesting, but this one take it too far. It feels more like a hunter trapping its prey rather than romance story.
Spoiler

[collapse]
+ he's acting like a stalker. If you are looking for drama, this novel might be the perfect one for you. If you can't stand it, don't bother.
2 Likes · Like Permalink | Report

The MC is the typicall good girl who gets her fiance stolen by her cousin.... her cousin on the other hand is a self centerd b*** who angers her father a lot (who apparently is the only decent character in this story....).... the aunt doesnt like her hubby and wants to leave him cause he is no rich enough for her..... As for the ml..... he is super controling and does whatever he wants and the MC even sing his praises even though he basically imrisons her and doesnt let her find work anywhere

MC loves her ex-fiancee, and think of him as her prince. She do anything for her ex-fiancee, saving money and not take care of herself to buy things for her ex-fiancee. But why does the ex-fiancee feels that MC is a frigid woman, even the time they hold hands can be count. So contradicting. There's so many hateful character, like the way the ex-fiancee cheating on the MC few days before their marriage and feel that it's for MC, because they won't be happy if they marry. WTF?? The cheating partner... more>> is MC's cousin, and since they are little she only think about how to steal MC's fiancee. OK dropped >.< Even though the translator is superb, but if the series it self isn't worthy it's still.. *Sigh* <<less
1 Likes · Like Permalink | Report

The female lead worked like a dog for her uncle’s family, as well as that of her fiance’s. When their engagement broke, she realizes that none of them truly cared, so she’s whisked away by a hotter and richer man who spoils her the way she deserves, causing her to change her entire personality and appearance, while facing various obstacles to show how strong their love is and how determined he is to be with her. The author of this series is probably a neglected housewife who stays with the... more>> kids while her husband flirts with younger women. Instead of raging at him or leaving him, she writes and publishes her fantasies of doing so (and of hooking up with a better man). The story is probably suited to other neglected wives, but for everyone else, not so much. The main couple’s personalities are very cliched, with the MC allowing herself to be used as a doormat then feeling sorry for herself, while the male lead falls for her based on his impression of her decades ago. The side characters are really stupid, petty and forgetful, but I guess they resemble the antagonists in Chu Wang Fei, though less vicious. The story probably would’ve faired better in an ancient setting to explain the desperate need to grab a good husband. While women apart from the MC and her one friend are bitter, jealous and capricious and their husbands really are just decoration who occasionally feel bad for the MC but don’t do anything. Overall the series probably deserves a 1 or 2, but it serves its intended audience well so I’ll leave it at 3. <<less
1 Likes · Like Permalink | Report
Leave a Review (Guidelines)
You must be logged in to rate and post a review. Register an account to get started.