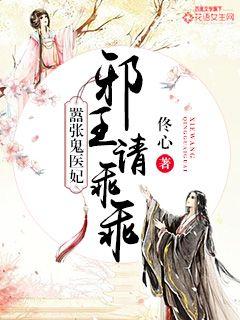 One entry per line
佟心

Status in Country of Origin. One entry per line
1488 Chapters (Ongoing)

She is the underworld Ghost Doctor’s only disciple, who accidentally transmigrated into the body of the main wife’s daughter in the general’s mansion. She used to be a punching bag.Now, she stepped on her dregs of an older sister, put her father’s concubine in her place, and teaches any objectionable aristocratic ladies a lesson.

Her days are rather free and unfettered. But when did that cold as ice prince from the rumors, sporting a deadpan face all day long, fix his gaze on her?
He unexpectedly fawned and pandered to her like a devoted dog?

“Go away, you rotten man! Careful or I’ll needle you like a pin cushion!”

“Wife, why are you so fierce? As a husband, I’m so scared”
….the man is all smiles as he approached, his eyes gleaming with a cunning light.

One entry per line
嚣张鬼医妃,邪王请乖乖

These are recommendation lists which contains Unbridled Medical Expert Consort: Demon Prince, Be Good. You should give them a visit if you're looking for similar novels to read. Alternatively, you can also create your own list.
More Lists >>>

It's your typical run of a mill transmigration story. Not that it's a bad thing as far as these types of stories go, the main character is fine-ish, the main problem is the male lead. He's your ice-cold, intimidating, ruthless character with a non-existent respect for women and it's really off putting. He also comes off as a bad parody of the "hates all women except female lead" types except without any charm. I know that seems harsh but if you don't mind spoilers, look below. ... more>>
Spoiler

He basically insults and interrupts her when she was talking to his brother, and that's the first time they even spoken to each other. He later corners her, looming over her in a tiny space with no means of escape and grabs her. It reads a lot like prelude to a r*pe scene, thank god her got away (not before he forcefully kisses her sadly). And the cherry on top of this disaster of a meet cute is because she is a woman.

That's it. Just because she is a woman who had the audacity act to act differently. It wasn't even any of his business to begin with. And I have a strong feeling that it would only go down hill from there.

[collapse]
Anyway, I'm dropping this series. I don't think I can handle male lead harassing the poor main character. It might get better, but I'm not sticking around to find out. <<less
1 Likes · Like Permalink | Report

Very successful transmigration romance. MC is a smart, planning and, above all, sensible person. There is no super vengeance, slashing and killing, great abilities from the start - that is, other ills of these novels. And her interaction with ML is cute.
1 Likes · Like Permalink | Report
Leave a Review (Guidelines)
You must be logged in to rate and post a review. Register an account to get started.

The Odyssey of Dalis
Advertisement