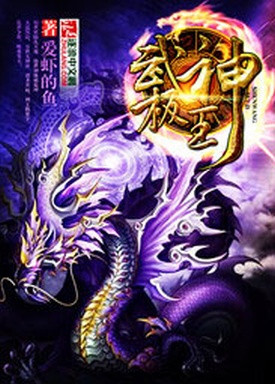 Status in Country of Origin. One entry per line
1743 Chapters (Completed)

One entry per line
Zhulang

A youth crept on the ground in a snowy night. Hours ago, his tendons were cut because the girl he liked plotted against him. A mysterious middle-aged man saved him, and a pair of gigantic purple pupils appeared in the sky. Under the thunders and lights, the rare Demon Pupils and Sacred Body were awakened. That was what he should have been.

However, in this world, strength was the only way to support a man to live. His adoptive father died for covering him. His true love fell into the abyss for saving him. He wanted to rise up, to take revenge, and to protect the ones he cared about.

Occasionally did a strange figure confuse him. Behind the huge demon pupils, he often saw a thirty thousand feet tall black figure. What was it? Who was that?

It was said that the ultimate bloodline of the universe was the Primal Chaos Divine Body. It was a divine existence which could break the heavens and annihilate the world in a second. However, this sort of divine body had been extinct ten thousand years ago.

Could it be that apart from the Sacred Body, there was another body in him?

One entry per line
武极神王

These are recommendation lists which contains Ultimate Martial Divine King. You should give them a visit if you're looking for similar novels to read. Alternatively, you can also create your own list.
More Lists >>>

Worst Shit. MC returns to clan as soon as his meridians recovered. At least Cultivate and become stronger. Unreasonable villan characters. MC has bad mentality. And MCs cultivation speed is slow af. MC is being targeted by god level enemies. And the enemies are not killing MC, But playing with him. MC is still weak. And yet MC returns to the same city to be humiliated. Why? Why cant you go to the deep in the mountain and cultivate? Why must you return to the city to be humiliated again... more>> and again. <<less
1 Likes · Like Permalink | Report
Advertisements
Leave a Review (Guidelines)
You must be logged in to rate and post a review. Register an account to get started.