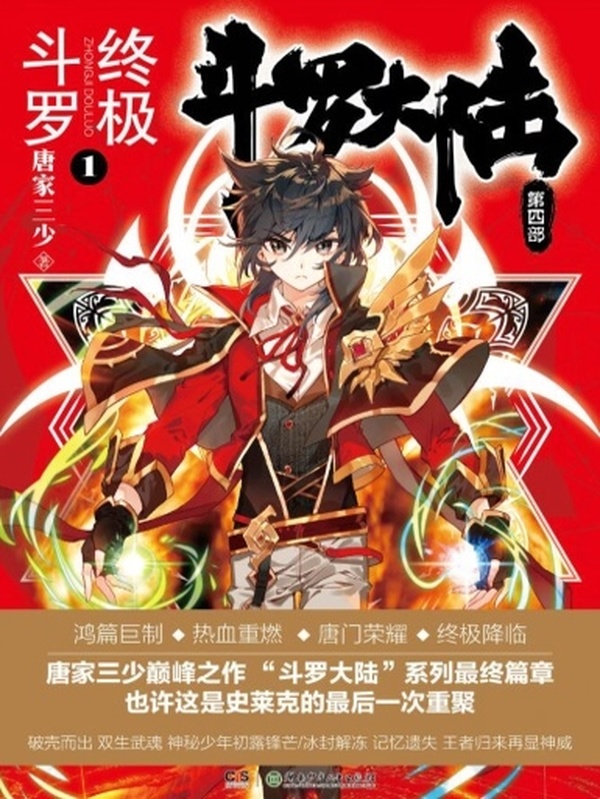 Status in Country of Origin. One entry per line
1742 Chapters (Ongoing)

Ten thousand years later, ice has melted. The Soul Federation Scientific Exploration team found an egg with a golden and silver pattern on it in the far north of the land, and after examining it with an apparatus, they found out that there were vital signs inside. They hurriedly brought it back to the institute for hatching.

The egg hatched, but it was a baby, a baby exactly the same as a human – a baby born out of an egg.

These are recommendation lists which contains Ultimate Fighting. You should give them a visit if you're looking for similar novels to read. Alternatively, you can also create your own list.
More Lists >>>

DD4 is coming to an end, if you follow the MTL. We maybe got 200 chapters to go, maybe less. Due to this I think I'll wright an updated review. DD4 builds off of DD3 directly, Lan (Tang) Xuanyu being the son of Tang Wulin and Gue Yuena. Due to possession of both the SDK and GDK he walks a fine line of life and death, he needs to strive towards the Dragon God's complete strength or die trying. That being, he learns many of the abilities from his parents which act as his mentors. Plot wise, DD4 follows the basic get up. We follow our protaganist through early training where he meets some allies, a love interest, and true friends. He then strives towards Shrek. Though unlike DD2 and DD3 he stays at Shrek for a realitively short period of time
Spoiler

A large portion of the story the MC stays in the military. We learn thst remnants of the Dragon Clan are living in the adjacent galaxy. They are the rulers, lead by the Fire Dragon King's clan descendants. They and the Heavenly Horse Clan rule as the 2 most powerful clans inhabiting planets with dense life energy.

The protaganist meets a follower of the original Dragon God, a parasite who has powerful illusion abilities. With his help they infiltrate the planets. Funny enough, he decides to pose as a girl. Female dragons are rare, I believe only 1/10 dragons are female. This leads to him and the FL being readily accepted, and many funny moments.

[collapse]
DD1 fleshed out a cultivation system, DD2 expanded upon it and better articulate Titled douluo stage. DD3 followed by introducing the concept of life energy, an understanding of limit douluo, and finally the possibility of exceeding rank 99. DD4 will illustrate rank 100+, the limits, and why a godrealm is so dearly needed. DD4 is about space exploration, meeting new races, intergalactic battle, and learning how the universe is ordered. Its a fun ride imo. It truly grows of DD3 and does it justice.
22 Likes · Like Permalink | Report

DD1: It was excellent; the only thing to draw ire was a somewhat rushed conclusion. When you consider that it has many sequels it is not too big an issue. DD2: It was stable; if I can consider the prequel to be an action-packed adventure. This was an almost systematic explanation. Truthfully, few parts of this story really give the sense of suspense and intrigue, that the prequel does. Don't get me wrong it is still awesome it is just how do I say this near perfect. Perfection is a great... more>> goal and approaching it often produces monumental results. As a story aspect though it can mean bad things such as stale. Still for the most part a lot of noteworthy things were done we had alternate forms of strength and growth introduced. DD3: It started out good it is like the way readers started Mao Ni's Path Toward Heaven really excited and expectant... an emotion looking back now that was carried on too far. I almost felt like I was reading something like Fairy Tail by the time this one was over. It had emotions take bigger priority over built-up power. Which I felt really betrayed by what he had built up till now. It was wholesomely unstable and unsatisfying. DD4: This thing is perfect I must say it is like watching a master put together what he thinks his audience desires. That might be my biggest gripe here everything is so well done the MC is perfect. The support is perfect. The plot is not too lacking but you know as you read it rather than a feeling of praise I can only feel that this is like a story about passion with no emotion. It is like looking at the world's best put-together mural and thinking if you just lightly touch it all would become smoke, it is hollow. No, why. Seriously why did things turn out like this. Where is the spirit the heart in this thing it feels so dry and dead? I think that after this novel the author should consider switching genres. I Will read what he writes next, but I feel action is not his strong suit right now. <<less
5 Likes · Like Permalink | Report

Seems like the current translator didn't bother reading the previous novels in the series, as he doesn't use the same terminology at all. Makes it really uncomfortable to read, especially after just finishing DD3.
0 Likes · Like Permalink | Report
Advertisements
Leave a Review (Guidelines)
You must be logged in to rate and post a review. Register an account to get started.