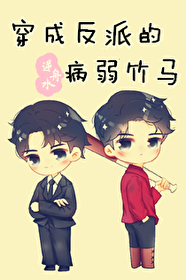 One entry per line
逆水舟

Status in Country of Origin. One entry per line
143 chapters (completed)

Qiao Wen was accidentally transmigrated into a 1970s Hong Kong style novel and became cannon fodder with the same name who died young.

The cannon fodder was the villain’s childhood friend in the novel. Due to a lack of funds, he died of a serious illness. His death was also the catalyst for the villain’s descent into madness, leading him down a bloody path of unscrupulous deeds for money, which eventually resulted in his tragic death from a stray bullet.

Qiao Wen, who had just awoken from a coma in a hospital bed, gazed at the dashing villain who was about to cut people with a knife in order to raise enough money to treat the original owner.

—— I believe this individual can still be saved.

While trying to make a fortune and get out of the slums, Qiao Wen stopped the villain from going dark.

It was necessary to establish a factory and engage in commercial activity.

Investing in stocks and real estate speculation are not to be overlooked.

It was also necessary to make movies and earn money in the entertainment industry.

In the meantime, fight evil forces in order to bring justice to the world.

——I am a legend, not a cannon fodder.

Just as everything seemed to be going smoothly, Qiao Wen noticed that the villain’s eyes were becoming increasingly strange, as if they had gone to the darkside.

He comforted the other person by patting them on the shoulder and saying, ”We’ll be good brothers, for a lifetime.”

‘En, good brothers under one quilt,’ said someone with a grin on his face.

These are recommendation lists which contains Transmigrating into the Villain’s Sickly Childhood Friend. You should give them a visit if you're looking for similar novels to read. Alternatively, you can also create your own list.
More Lists >>>

this novel is very interesting and alao well written, the history its all cool... ML doesnt have love for og owner he falls in love with our MC so dont worry he only has desire to protect og owner as his bro <when he learns about og owners death from MC, this silly guy cries for hrs and ignores MC for a week>... more>> ML and MC characters are well written ML is a sunny guy, hes optimist and carefree <ah this guys acting skills are top notch > MC kinda introverted, but firm and determined his body is weak tho this novel is fun, mixed with mystery, case solving, smuggling drugs and arms, business start up etc all side characters are well written ppl might think author is tryna white wash brother fei but no he didnt MC just says that just like mingxi kid they adopted, if bro fei had someone gd who showed him kindness like leopard boss he might not have gone through crooked road <as he just wanted to repay kindness > like in og novel ML did go on crooked part and became second leopard boss, even tho ML has righteousness the circumstances lead him to do that and he died villains are really interesting here especially the final boss
Spoiler

but atlast he wasnt foolish but caught him

the last boss is really lunatic

I really love it!! ❤️❤️❤️ Definitely a gem!! I thought I couldn't find any more good novel with depth. Some novels with depth are depressing, but in here there's hope. It is also realistically written - the hardship of earning money in several ways, and the changes of MC, everyone really notice it. There is no annoying characters too, each is described well (probably the ML a little bit bcoz he is dim witted). I also love how the MC acted as the "brain" of the team in the... more>> Vietnam War. The story isn't like investment life or epiphanies of rebirth where they focused more on business management. In here there's a different segment of MC/ML's life: business management, 10days to half a month of war, love development with MC, entertainment (brokerage) etc. But the story mainly focused on their struggle against Wu Ye. I want more similar novels!!!!! 😭😭😭 <<less
8 Likes · Like Permalink | Report

Interesting story with plot but the ending is too abrupt. 5/5 anyway.
The setting was in Hongkong at the turbulent mafia gangs time which is refreshing for 60-80s chinese novel. Details and plot are fun and interesting although It ended too easy with no much clear explanation. It’s a pity. MC is very smart like his brain exceptionally works. Everything he did turn s best. ML in the original novel, he was the big villain with evil plans. The existence of MC here turns him to be an innocent man? Kinda... more>> more normal than the original novel.
Spoiler

I have questions here...

2. The masterminds were easily ended by hands of few youngster. The author also didn’t mention the aftermath which I think It’s very important. How Lin family will solve heir issue. How the other masterminds that didn’t die be punished. How MC and ML business and couple life are going? A lot of things that the author didn’t mention...

Set in Hong Kong, in the famous Kow Loon. I was expecting of life inside the walled district, a struggle of living everyday life with a time bomb ticking closely. It did have that, albeit not so apparent and filling half the novel. Because, after went out, they're doing the entertainment gig for a while, then half assed fighting with underground powerful crime lords. When they did the entertainment side, I thought we're going to see more of it, like the early Hong Kong's movies with all the fighting, stunt men,... more>> but it just touched a bit of that. When fighting the criminals and hidden bosses, all sorts of impossibility popped out of my mind. I mean, if these kingpin were so powerrful for several years, why couldnt they finish a measly small 1 or 2 people just like the usual? MC and ML relationship was a childhood friends, brothers, love interest and then lover. From the moment MC woke up, ML was always beside him. There was no separation or angst here. The ending was incompleted imo, it's like this: the big hidden boss died, and they were safe, they comforted each other and the end. I was expecting to see one CP, ML's leader and their actor friend, but alas the author just let them be. <<less
2 Likes · Like Permalink | Report

The description about their life in walled city is really interesting, and the plot twist about big villain is quite good (although the ending is too abrupt and that one extra can't cover their future journey quite nicely). When I read 'Villain ML' novel I always expect a cold/arrogant type of guy, but this one ML is really interesting. He's a real gangster, but he's actually a sunny type of guy who likes to ride motorcycle while wearing denim jacket and fighting tugs while wearing suit. It also can be seen... more>> that MC keep ML in rein, without MC he would become a villain real quick. 4.5 star for the first part of the novel, 3 star for the later part, 5 star for MC and ML personality. <<less
2 Likes · Like Permalink | Report

Okay, I've only read the first two chapters so far, but I can tell this is going to love this work. First off, the translation is incredible. The environment and descriptions are rich and vibrant and the MC already seems to have a multifaceted personality! I'm super interested in seeing where this goes so I hope it keeps updating regularly!
2 Likes · Like Permalink | Report

Such a good book. I liked how the MC and ML's relationship grew and changed. Also the author focused a lot than others on developing the side characters. The story just ended so abruptly and I wish the author did side extras for some of the supporting characters. Was I the only one rooting for Brother Feng and Li Xingchen? They were so cute.
1 Likes · Like Permalink | Report

the MC and ML are lovable and not too op. i also love how the kowloon gangs setting are depicted. im really a sucker for poor to rich tags... the ending is too abrupt.. and I cant find the extra... 😖
1 Likes · Like Permalink | Report