Novel Updates
RegisterLogin
Theme
Search
Your changes has been saved.
Transmigrated into the School Idol’s Love Rival and Lover 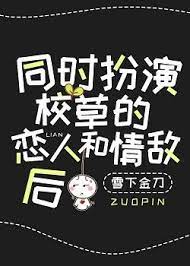 Status in Country of Origin. One entry per line
85 Chapters (Completed)

Transmigrating into a campus Mary Sue novel one day, he had no choice but to complete the plot tasks in order to go home.

Main Task 1: Dress as a female and act out the role of the school flower. Win the male lead – the school idol’s heart, then leave him for money and reputation, thus offsetting the female leads kindness and innocence

Main Task 2: Please continue to cosplay as the villain. Steal away the school flower (yourself) to be your girlfriend, and at the same time, take liberties with the female lead and suppress the male lead.

The Three Years When I Was Forced To Wear Women’s Clothing On Campus (2)
Dressed as The School Grass’ Ex-boyfriend (2)
Being a Supporting Female Character at An All Boy’s High School (Transmigration) (1)
I Only Lived For Three Chapters In A Campus Romance Novel! (1)

These are recommendation lists which contains Transmigrated into the School Idol’s Love Rival and Lover. You should give them a visit if you're looking for similar novels to read. Alternatively, you can also create your own list.
More Lists >>>

I really liked this novel. I like something in the form of relocation to books and stuff. This novel really pleased me with a hidden unexpected twist that I even decided to write a review.
Spoiler

It turned out that MC is the original character of the book, who was inspired by the book that he should bring the main character of the novel with ml. But the book is why MC and ML meet.I won't be able to explain it well myself, so it's better to read it yourself. I think the book is a small separate world. And just like in novels about moving to different worlds, the world does not want the main characters to be separated from each other. But since MC found out from a girl from the library that he has a supposed fate for him (a mistress), the book decides to deceive MC. Because of which they meet and fall in love with each other. Then in a dream, from a blow to the head, MC realizes this.

This is funny, it was a fun read, I just could not stop binge-reading, lol. So, the MC apparently got some 'tasks' to ensure that the ML to be together with the supposed 'FL', but everything just gone haywire even from the start without our MC realizing it. He's kinda super slow in emotion area and illogically naive, but that's part of the charm of this story, I think. ... more>>
Spoiler

In the end, it was revealed (although it did have many supposed foreshadowing -though it was too obvious to be called foreshadowing- before) that he was not transmigrated at all, and there was actually no so called 'tasks'.. If his world is the real world, how did the supposed 'system' (even if it never showed itself) 'deceive' the people's perception, ensuring his cross-dressing was not revealed. We were not even introduced the day-1 he supposed to 'come conscious' in this world, exploring how did he judge that it was a task, not self judgment due to some incomprehensible dream. And if it really just because of a dream, what made him chase the ML all the way crossing cities to transfer to ML school just to do the so called tasks. Even if he judged it that way because he thought he was transmigrated, it kinda a bit farreaching, I think. It was mentioned that the 'book' want the world to be according to its story, where the ML together with the FL. How it came to be like that, was the book actually some kind of akhasic record.. Was never clear..

[collapse]
due to MTL ing, I might missed some details which caused the plothole, so I think I will still read the translation. <<less
6 Likes · Like Permalink | Report

It might be that I haven't read enough, yet, at chapter 27. So far I'm giving this 3 stars mainly because of the weak, stereotypical female character our MC has to play... the ML was way too easy to win over; the other female character mentioned now and again just has to watch how he's acting as that girl and then just be the same way. -eye rolls- But how the MC thinks and acts based on the ML's interactions with the girl he's playing is hilarious. 'He's being/saying too much... more>> about the real me, so I'll have him deal with the 'girlfriend' on the side as revenge! Your 'girlfriend' is unhappy -- let's see you sweat a little!' <<less
5 Likes · Like Permalink | Report
Leave a Review (Guidelines)
You must be logged in to rate and post a review. Register an account to get started.