Novel Updates
RegisterLogin
Theme
Search
Your changes has been saved.
Advertisements
Train Elementary Level Spell, Magic Arrow to the Absolute Limit ~The Exiled Noble Student Not Giving up, Train to Become the Strongest~ 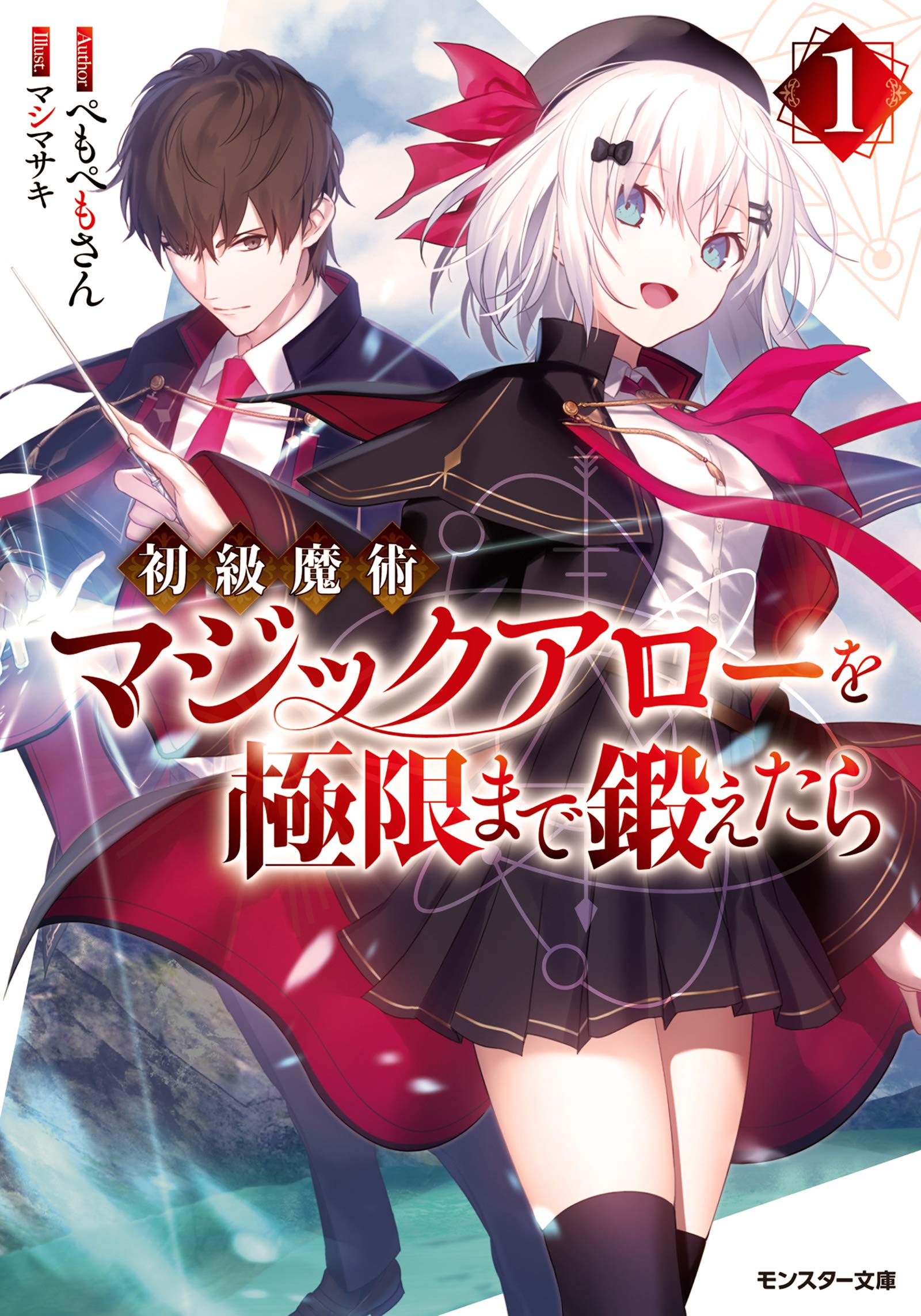 Albert, who had learned the beginner-level spell Magic Arrow at a very young age, was expected to do great things in the future. However, he was unable to learn any other spells.

Albert’s father was a noble who heavily valued his dignity, so he banished his good-for-nothing son and granted him a house to stay in. There, Albert would live out more than ten years reading Magic Arrow spellbooks.

After day after day of practice, he would unknowingly break the limit of his spell.

To a young lady despairing that she would miss her exam, Albert would say:

“I’ll take you there with Magic Arrow.”

“How are you gonna do that using a spell with a firing range of 50 meters?”

This is the story of a man pushing through hardships using his dysfunctional spell and eventually becoming the strongest magician⁠—all while convinced that his Magic Arrow is only slightly stronger than most.

These are recommendation lists which contains Train Elementary Level Spell, Magic Arrow to the Absolute Limit ~The Exiled Noble Student Not Giving up, Train to Become the Strongest~. You should give them a visit if you're looking for similar novels to read. Alternatively, you can also create your own list.
More Lists >>>

Another exile novel. Better than usual start in that the usual "cheat skill" is just what you'd expect from over a decade of perfecting a single skill. Everyone including the protagonist doesn't see the value in Magic Arrow at the start, and he only slowly becomes aware that it's more versatile than he thought. Plus, there's an actual plot from the beginning and character growth, and not just some guy waving his hands solving every problem instantly without effort while being praised by everyone around him. If you like the... more>> idea of mastering a basic skill and doing amazing things with it, this story is for you. Warning: While they're not blatantly throwing themselves at him, every young woman who's appeared so far is interested in the protagonist, so if you hate harems you might be turned off by that. <<less
11 Likes · Like Permalink | Report

It's a really cliche novel. Where he is thrown out and stuff like that. So far, not much of harem stuff but it's slow walking on the path of being one. The versatile magic part hasn't been shown much. ... more>>
Spoiler

He only purified? A lake and used it for transportation

[collapse]
Hopefully we can see more of the "versatility" of his magic in the future and hope it doesn't just become plain cliche. Also as always of JP novels we have the low confidence and nice to everyone MC.
Spoiler

I mean he ran away from school and had no confidence in his magic arrow thinking that it's tr*sh. Also he felt sad that his brother fell in battle after being bullied by him. His brother even sent people to be suicide squads just because they weren't high ranking nobles

[collapse]
Read if you don't have anything else to read. <<less
2 Likes · Like Permalink | Report

A very lighthearted story about an overpowered MC. While the storytelling is pretty decent, the MC is a total wet towel for the first ~40 chapters. It's honestly past the point of annoying, but beyond that lies a fairly well thought out story, only marred by the fact that there's no real challenge for the MC in any of the fights, except for overcoming his own feelings of inadequacy. Hopefully that changes in later chapters.
1 Likes · Like Permalink | Report

Not bad, but also not great. It's a typical setup of "here's this character and this and that could happen" and instead of a school arc with actual development for the original setting, the MC just gets swallowed by the events. So far, there's basically just a single other character that shows up regularly and isn't one dimensional. Not all other characters are shallow, but the ones that aren't maybe show up every 5 or 10 chapters at most. ... more>>
Spoiler

And then there's the part where some "evil" characters are introduced and die after a few chapters of having any signficant influence on the plot.

[collapse]
Maybe the author will have the plot settle down a little at some point, or maybe it'll keep going at breakneck speed with character development and interaction only being available as summaries or completely falling by the wayside. <<less
1 Likes · Like Permalink | Report

Why is this novel on Hiatus? It's been 5 months since last update! The novel is overall good. The author did try new things with power ups and all. The story's pacing was quite good too. The romantic subplot is also very good. There are strong chances of a good relationship. But this damned hiatus is stringing me on! Who's this pemopemosan!? Please come back! This is a good story!
0 Likes · Like Permalink | Report

This is an average story. Nothing amazing but also nothing too horrible either. Note that the MC starts as a beta for plausible reasons ns and is slowly built up over time. He is also a horrible doormat, though unlike other doormats, he does still kill enemies on some occasions. I personally tired of the story after awhile, but again it wasn't bad. I did skim through chapter 94 but it no longer held my interest to properly read the rest of it. There's almost no romance, but what little there... more>> is the MC is true to the single FMC. The biggest issue was was just the slow rate of mental growth of the MC. He's by no means excessively dense, but the growth/realization itself does feel excessively slow (but unlike other stories, there is actual growth!). <<less
0 Likes · Like Permalink | Report

Imo, an average work. Lighthearted with barely any lore/info dump. The progression/flow of the story is almost believable, but there's a need for suspension of belief. The main one being age.
... more>>
Spoiler

He was able to re-enroll into the mage academy, that accepts ages 10~15, while himself being 26 [Railroaded even, because he was suppose to fail for this exact reason.

And it's pedo-y with how the female 'heroine' is 15 [11 years younger, but I guess mentally similar, due to how he was basically a hermit since the age of 16?]
Like somehow her father didn't see anything wrong with engaging him with her, but I guess it has to do with the 'times'? And how he was able to basically solo a horde of goblins + Lord, so he wanted to attach to him?

[collapse]
Another one being how the spell Magic Arrow is versatile, but no one notices; probably because it's suppose to be a beginner spell [something every magic academy student was test to be able to cast], that people would ignore as they develop? And their whole culture is more of spell quantity than quality.
Spoiler

People perceive that the maximum range of the spell is 50m, while he's able to cast it upwards to 13km.

He's somehow able to add effects to it, such as bouncing off walls, but still exploding against flesh -- Really don't get why he has to explode them, when piercing and continuing to bounce would easily shred.

Was somehow able to cause the spell to only target another spell -- Guess he can turn off the explosion / physical aspect of it?

Yeah. No. It was okay at first, slightly boring especially if you've read hundreds of this. Wish there was more development on the magic part, the interesting part, but, none. There's a few passing mentions of what his arrow can do but none beyond that. What made me drop is: ... more>>
Spoiler

Him coming back and inheriting the household after the bullsh*t they put him through and exiling him. Ten years and his piece of sh*t family wanted to forget him and he comes back like it's nothing? F*ck that man, might as well not have had him exiled.

I like it. Maybe quite the cliche but I think it's promising when a mastery of one thing can be flexible. I just hope it does show more of the versatility in the future.
0 Likes · Like Permalink | Report
Advertisements
Leave a Review (Guidelines)
You must be logged in to rate and post a review. Register an account to get started.