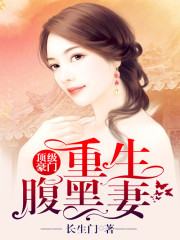 One entry per line
Chángshēng Mén
Gate Of Longevity
长生门

Status in Country of Origin. One entry per line
Completed (534 chapters + 1 extra)

She is the daughter of a billionaire businessman, the youngest daughter of the family. But she was framed by her own elder sister and sent to hell, getting a new chance at life.

Born again, her lips curved into an indifferent smile; her eyes opened, looking like the surging seas. With her own hands, she sent the head of her family to heaven. Everyone witnessed her massacre effortlessly having reincarnated into another body, until there was no trace of anything, like a masterstroke.

Turning around to raise her small face which makes people’s hearts move, she headed home to ‘affectionately chat’ with her widely renowned older sister!

Her elder brother is indifferent, heartless, sitting on the mountain and watching two tigers fight. Her father is vicious and merciless, shrewd to unseen depths.

In the centre of UAE is it’s golden city; in the middle of this city’s most arrogant wealthy aristocrats, is the small, gullible and pitiful her. Everyone thinks that when she goes home, it will be as if the sheep entering the lion’s mouth, but who would have thought that it would turn out to be the cat teasing the lion? What is called ‘to crushingly ruin’?

She let her motherland up and down learn the four characters well – jì jīng sì zuò! (Someone having astonishing skill.)

Stepping on blood, welcoming amazement from everywhere, in this oil-rich, powerful empire, she held the authority of the imperial power in the palm of her hand.

During the feast of the treaty of allied countries, she only considered it to be an amusement. But who would have thought she would provoke that high up above, brilliant yet reserved man?

One entry per line
顶级豪门：重生腹黑妻

These are recommendation lists which contains Top Giants: Rebirth of the Black-Bellied Wife. You should give them a visit if you're looking for similar novels to read. Alternatively, you can also create your own list.
More Lists >>>

Its a nice story and all with these two domineering couple. MC is wise beyond her years, but then it was explicitly stated that she was reincarnated many times on different eras and world. ML is a Marshall, military head of the Empire who is greatly admired by all. Its almost a reverse harem but nope, it's all about the OP Couple. ?
0 Likes · Like Permalink | Report
Advertisements
Leave a Review (Guidelines)
You must be logged in to rate and post a review. Register an account to get started.

The Starcraft System in the Far...
Advertisements