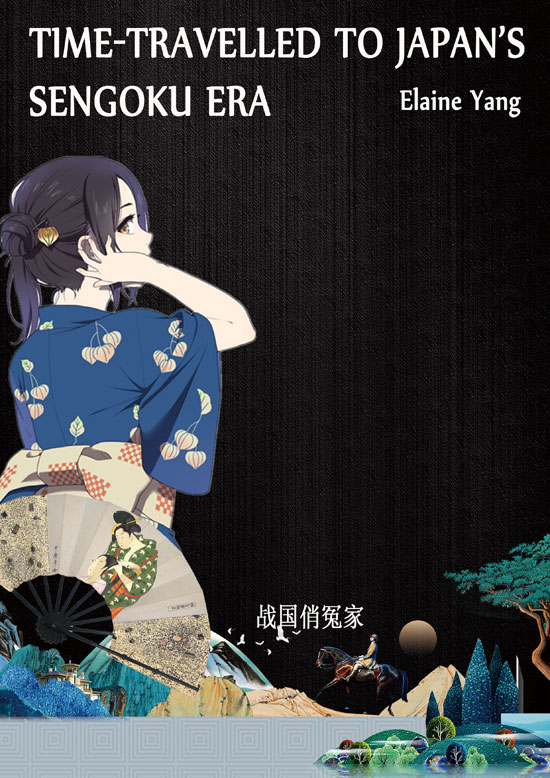 She survived an earthquake only to be reborn in Japan during their time of war! The worst part was all the random romance bothering her when she could be the lady boss in a foreign country and kicking some ass. Was she doomed to be a troublemaker in this messed up time?

One entry per line
战国俏冤家

These are recommendation lists which contains Time-travelled to Japan’s Sengoku Era. You should give them a visit if you're looking for similar novels to read. Alternatively, you can also create your own list.
N/A

Would have rated 1.5 if I could. 'Biased' review since I gave up at chapter 9 and also because I read Kusuriya. The 'Japanese' characters act more like Chinese than anything. This is especially true for the ones portrayed as idiots/a**holes on purpose (every story needs one). The MC Sakura seems to be getting involved with the Takeda. Honestly though, they could just replace Shingen with Cao Cao and Shingen's son with Cao Pi and the story wouldn't make much difference (Historical relationship is different). Reading this doesn't make this story 'feel Japanese'... more>> at all in any way (which results in a low rating). At least Kusuriya still have that King's harem with their usual conspiracy incidents to 'feel Chinese'. <<less
7 Likes · Like Permalink | Report

Even though writing-wise, it might not be much, I still found it EXTREMELY entertaining. It felt soap-opera-ish in it's writing, the way that MC is so brazen and stubborn in a time where men had all the power. ... more>>
Spoiler

I mean she REPEATEDLY pisses off dudes because she 'wants to stay true to herself as a strong, independent woman'. I mean, let's be honest. That type of thing is great, but REALISTICALLY, the girl wouldn't be able to say no in a time where sword-fighting, ninjas, and arranged marriages was a thing. This is where her ultimate cheat comes into place: her martial arts knowledge. Every time someone wrongs her, she whoops their behind (sorta). I'm not saying that she should bow down, abandon her beliefs and become a concubine or something. There's got to be some middle ground.

In that way, I suppose, her character feels surreal and unrealistic. She made Takeda Shingen, Yamamoto Kansuke AND Lord of Suruga, Imagawa Yoshimoto angry/hurt at some time or another (Takeda because he fell in love with her, and she rejected him very rudely, and Imagawa, because she runs away after making him fall for her). For a supposed 'I wanna go home as soon as possible, woe is 20-century me for coming to this technology-challenged time, but I also want to fall in love with some SUPER high-up influential dudes, but I also DON'T want to change history' story, it is a bit confusing as to what MC really wants.

The premise made me excited because I was expecting another Komachi in the sengoku era type novel and what I got was dissatisfying. This is just a mediocre ancient Chinese cliche novel with a thin Japanese veneer. The characters act like stereotypical Chinese characters instead of ancient Japanese ones. The main character acts like one of those chinese fML who has a mild case of princess syndrome even though she understands her situation. She quarrels with the heir of a noble family and calls him s*upid in his own house. Not sure what... more>> the author was going for writing this but, even if the setting has been placed in another country and era, an ancient Chinese cliche transmigration novel will still be a chinese cliche transmigration novel. The author also writes exposition like a c-tier webnovelist and it makes this a painful read. After reading things like "Doomed to be cannon fodder" and TMR the plot of this novel seems really forced. At least the translation quality is readable and flows nicely so you can understand how lukewarm the story is <<less
0 Likes · Like Permalink | Report
Advertisements
Leave a Review (Guidelines)
You must be logged in to rate and post a review. Register an account to get started.