Novel Updates
RegisterLogin
Theme
Search
Your changes has been saved.
Advertisements
This Delusional Voice Keeps Telling Me I’m a Villain 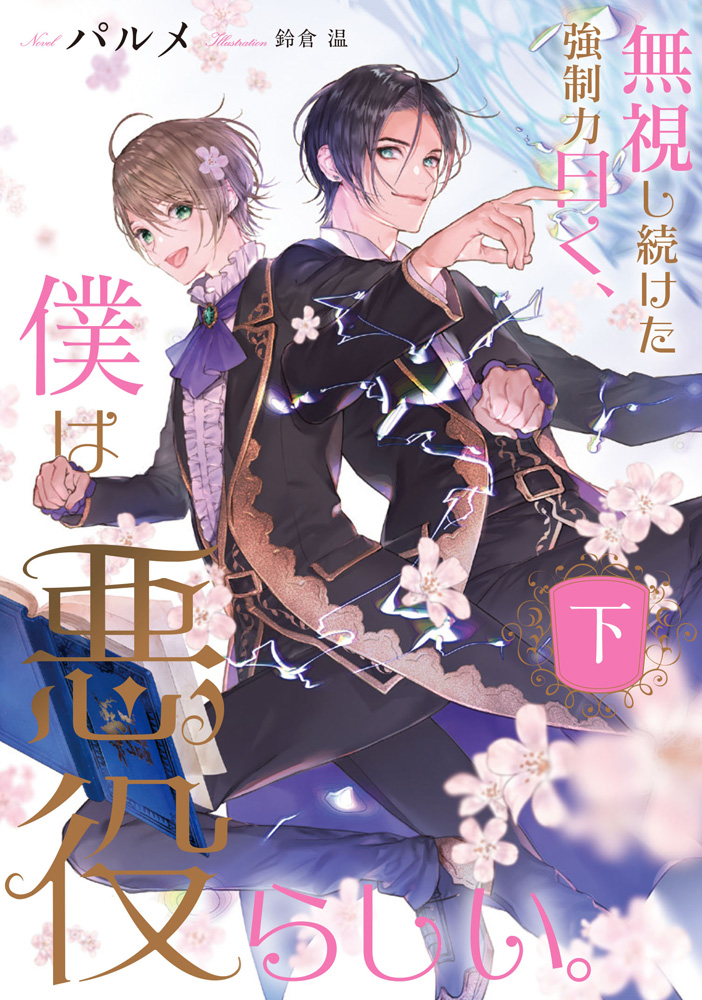 Status in Country of Origin. One entry per line
87 chapters +side stories and extras (Completed)

Urschel, a noble son from a ducal family, genuinely looked and behaved like a true noble, yet he had an ultimate sweet tooth and could never say no to sweets.

One day, he had a weird dream, and since then he started to hear weird auditory hallucinations. He kept snubbing the voice, but somehow the people around him changed their attitude towards him; before he knew it, he was greatly liked by them.

Huh? Did I ever do anything?

“Ehh?! This world is a BL game, and I’m a villainous noble son who will end up being executed. And those voices I thought as mere auditory hallucinations are actually the game’s ‘compelling force’!? For real? Aah!! CUSTARD PUDDING!!

…Eh? What was I talking about just now?”

According to the original game flow, Urschel would be executed in the future. But for him, who kept snubbing the ‘compelling force’, how will his future turn out!?

The Villain that Reincarnated into the World of a BL Game goes Astray (1)
My New Life, Won’t You Please Become Peaceful! (1)
I’ll Live A Long Life to Adore My Absolute Fave—Currently My Stepbrother! (1)
If I Had Known, I’d Quit Being the Villain (1)

These are recommendation lists which contains This Delusional Voice Keeps Telling Me I’m a Villain. You should give them a visit if you're looking for similar novels to read. Alternatively, you can also create your own list.
More Lists >>>

5 STAR Damn! This is one hell of a sweet story. Our MC Urschel is sooooooo freaking cute and sweet. Despite being a sweet obsessed, fluffy, dense MC he isn't s*upid and doesn't blind follow the delusional voice. He is smart enough to figure out the political conspiracies and tries to protect his family. The ML was at first on guard against MC but when he realised that MC genuinely cared about him he (ML) also began to see him in a new light. THANK YOU TRANSLATOR SAN FOR YOUR... more>> HARD WORK!! ALSO BIG THANKS TO THE AUTHOR!! <<less
8 Likes · Like Permalink | Report

From the first chapters I’ve read, really cute! Foodie MC with a sweet tooth is lethal lol. Hope to continue reading this :)
7 Likes · Like Permalink | Report

I'm having cuteness overload, need help, urgent... Ma man Urschel is just too sweet. Sweeter than the desserts he would sell his soul for. Even sweeter more than Custard Pudding. My teeth are rotting. Theodore, dude, I'll beat you black and blue if ya don't cherish him. Don't let those parasites take advantage of him, well he can fend off for himself just fine but still... Princes here are giving me bad vibes, if anything happens, I'm more than ready to launch an all-inclusive abuse words package, special "till the 18th generation~" edition.
4 Likes · Like Permalink | Report

This is really unique! The MC is such a loveable character and I really enjoy seeing him go against his fate. He seems to be quite intelligent and I can't help but think that he could possibly destroy the whole country for the sake of sweets!
3 Likes · Like Permalink | Report

It's so cute and fluffy! the MC is soooo adorable! I really wish them both the best but I'm kind of worried about our idiotic and dense MC.....
1 Likes · Like Permalink | Report

the MC is really cute, a loveable one as I know. Although compared to his-*cough* little brother, he looks way younger
1 Likes · Like Permalink | Report

This sh*t is really something hahahaha I super love the MC! He so kyot mah baby! But bruh his head is actually not full of only sugar, he can be deadly lol
0 Likes · Like Permalink | Report

I fully recomend this one, the MC it's so cute, but he can get really badass if it's needed, he is kinda dense but not in an annoying way
0 Likes · Like Permalink | Report
Advertisements
Leave a Review (Guidelines)
You must be logged in to rate and post a review. Register an account to get started.