Novel Updates
RegisterLogin
Theme
Search
Your changes has been saved.
Advertisements
The Witch, Who Once Was Called A Saint

Home >
Novel >
The Witch, Who Once Was Called A Saint 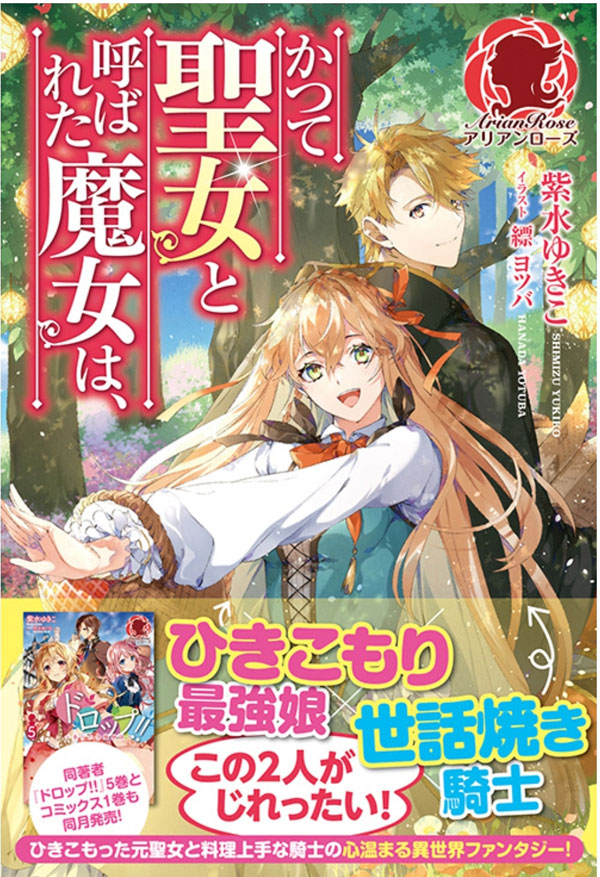 The ‘Patriotic Saintess’ Astraea, who defended the kingdom from the empire’s invasion 400 years ago, became an immortal witch, set up her house in a hidden forest, and spent her life with as minimal a contact with others. However, one day, she came across an avalanche site, and naturally, saved the young man who was dying. Even though she quickly sent him away after treating him, and told him to never come back, the young man brought back delicious-smelling food as thanks–?

This is a story about an awkward witch, once called the Saintess, who hides her whereabouts, and a sincere young man.

The Last Surviving Alchemist Wants to Live Quietly in the City (2)
Reason Why a Magical Pharmacist Loves the Second Disciple (1)
The Struggle of Returning to The Other World (1)
I am a Witch Requested by My Crush to Make Love Potion (1)
While Killing Slimes for 300 Years, I Became the MAX Level Unknowingly (1)

These are recommendation lists which contains The Witch, Who Once Was Called A Saint. You should give them a visit if you're looking for similar novels to read. Alternatively, you can also create your own list.
More Lists >>>

I remember fondly reading this story on syosetsu so I was happy to see someone translate this (even if it's a teaser). It's about an immortal witch who, thanks to the person she saved on a whim, began to live again instead of merely going through the motions. Besides the emergence of a plot that served to introduce the Witch's past, the romance is pretty straightforward and food is in abundance here. ... more>>
Spoiler

As the only living relic that knows about the monsters that plauge the fort, she eventually went to aid in the war effort. She's a big softie, this tsundere former Saint. Her reluctance to enter a relationship is understandable, given her immortality. Thankfully, they didn't have to go for a bittersweet parting and lifted the curse.

Although there are only a few chapters out, I would recommend trying the novel. I find the premise interesting although the story hasn't quite picked up yet, and I'm hopeful for the plot. Unfortunately, I'm not a huge fan of the way the main character is written and that takes away from the experience quite a bit for me. ... more>>
Spoiler

The main character is explained to be socially awkward due to 400 years of isolation, but it is only shown in very exaggerated and superficial ways that don't consistently occur. Additionally, she doesn't display any kind of gain from those 400 years like knowledge or wisdom, so it feels like useless padding to the story at this point.

I love the premise of the story but I've got one problem: ... more>>
Spoiler

The ML is giving me major creeper vibes.

Look no further than the fact that in chapter 4 he used food to interact with the MC. Then chapter 5 has him display that he can cook as well as one of the MC's queries: 'Why doesn't he ask if I can or can't eat?'

He brought food into her home, then established himself as a cook, and slowly is making her depend on him. It's CREEPY AS ALL HELL!

Add on to the fact that he was staring at the MC when she was asleep in chapter 3 after she rescued him, he's displaying an attitude of a possessive lover (which would be ok if their love interest was their lover/spouse, but the MC doesn't like him romantically at all and just wants to be left alone so it's just creepy...)

I'll admit, the MC isn't completely rejecting his advances with all her might, but do you really need to use magic to tell a person to leave you alone, or should the words 'just leave and don't come back' be enough?

[collapse]
I will keep reading though as it's great in spite of that problem.
Spoiler

Reborn as the Princess' Knight