Novel Updates
RegisterLogin
Theme
Search
Your changes has been saved.
The Whole Empire Raises Me 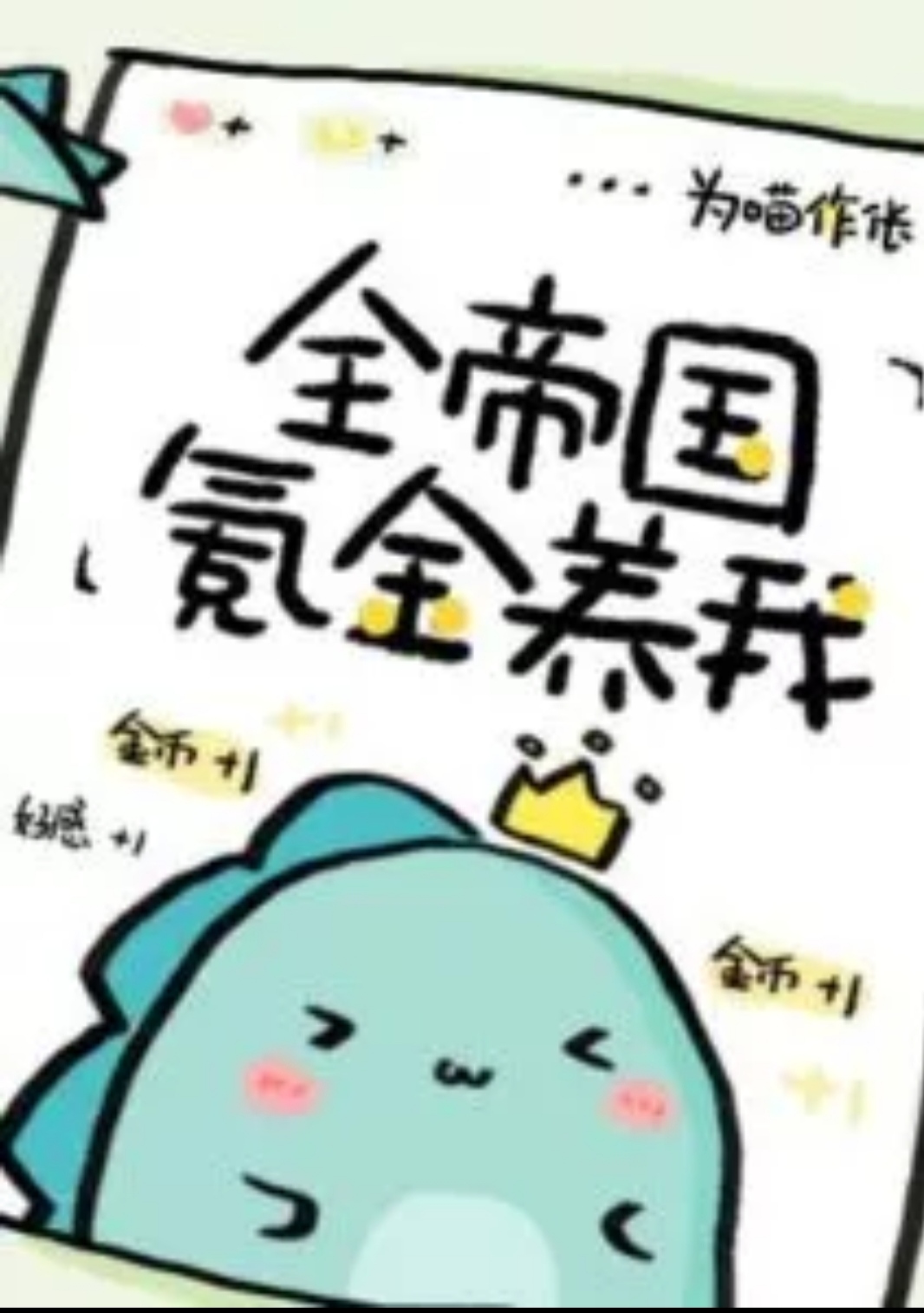 Status in Country of Origin. One entry per line
86 chapters (Completed)

Wen Xingze transmigrates into a book and becomes the beautiful and poor cannon fodder in “Large Koi is Super Rich”.

According to the plot of the original book, he would act as a cannon fodder for the wealthy protagonist, destitute and eventually reduced to a car repairman- kneeling down to thank the protagonist for a hundred dollars.

Wen Xingze decided to avoid the plot and be a happy poor man.

He was addicted to games and spent three years putting an infrastructure strategy on hand to get through the game. In the game, as the ‘king’ of the cosmic age, he built his own empire from zero and dominated the universe.

In the age of the universe, the Empire of Muses is synonymous with power. The citizens are strong, rich, and all of them are worthy of force.

Moreover, they are extremely protective.

They have their proud Majesty the King, who is their reverse scale.

They were willing to dedicate everything they possessed to the king, to pile up their endless treasures under the throne, and to pave the way ahead of him with the most expensive and soft fabrics.

But since dominating the universe, king has not appeared for a long time.

It wasn’t until one day that they finally saw the king again through the screen.

What? The king actually lived in a narrow leaky rental house?? Eating two dollar instant noodles, still reluctant to put in the seasoning packet?? It’s hot in summer and don’t even have money to buy a fan??!

All the people were furious!!

One entry per line
WERM
全帝国氪金养我

These are recommendation lists which contains The Whole Empire Raises Me. You should give them a visit if you're looking for similar novels to read. Alternatively, you can also create your own list.
More Lists >>>

Read this if you want to read about someone fulfilling their middle-school dream of showing off magic and cool alien tech to randos and having a bunch of people unconditionally love the MC. It was just the healing story I was looking for, I really enjoyed it.
14 Likes · Like Permalink | Report

I didn't see any reviews for this and it's understandable since there aren't that many chapters currently. But I feel I should give a review for having piqued my interest. The plot of the story is essentially one person being spoiled by an entire organization, in this case, an empire that he built via in a game he plays. It's an odd concept but basically it's a "If the show/world behind the screen is real" idea. I have not come across this sort of plot in CN bl novels, so it's... more>> very unique to me. Other than that, the story moving forward seems to go into the usual overpowered spoiling and purely charming sort of play. As of now, it's fairly new and the translation on the first chapters may need to be fixed later as the chapter's gets translated forward to new chapters, hopefully when the translator can get someone to correct the grammars and sentences. But they've done a decent job so fair and I am not one to judge or complain, it still let's me enjoy the story even at its current state. Please keep up the good work! <<less
7 Likes · Like Permalink | Report

this novel is so cute la~ if u wanna read this dont think anything logically just enjoy the moment i love how MC asked a chair for lan when he's in spirit state i like how these parents love our mc i like our ML he's baby must protect!! a lil bit heartjerking at last but later they all became heartwarming its like lovely light warm meal which gives u homely feeling every parent is cuteee aff!! just ignore cannon fodder
5 Likes · Like Permalink | Report

this is a vv cute novel~ the MC was in the entertainment circle for years now, but he was so unlucky that even with his beauty, he's not popular ah, with only 7 fans, which their nickname is ' A'ze and the dragon balls' XD ... more>>
Spoiler

it turns out that the world the MC is living in is a novel, and he was actually the protagonist being spoiled by a lot of his supposed 'fathers'. But a cannon fodder was reborn? Or transmigrated (i forgot) and thus, robbed the mc's luck. The more unlucky the MC gets, the more lucky the cannon fodder is.

[collapse]
basically, the MC played a kingdom building game on his phone, eventually building an empire. But the empire actually existed. Then in reverse, a game was introduced to the empire, which was basically raising the MC. So then it started, they began to spoil the MC a lot. But the citizens of the empire didn't actually knew that the character of the game was their emperor, they thought it was just a simulation. Only the dragons, vampires, and mermaids, those who had been in close contact with the MC knew. this is really really good, it's not just pure fluff, there's a lil conflict here and there, and a lil drama near the end which made the novel a lot nicer. <<less
4 Likes · Like Permalink | Report

Aoaoaoaoaoaoaoaoaoaoao!!!! This is my Tropes.... *wuwuwu* This Novel is Literally My Teenage Dream Story....!!!! I had squealed so many times in the middle of reading this novel since the beginning!!! Also why No one Continue translate this novel ??? This Novel is Truly a Winner!!! Winner in their Fluff of Found Family Feels.... Cute and Funny between MC and ML.... And a Winner in many Epic moments!!! Truly Epic Gold Win!!! Everytime MC unintentionally shows Magical Things that No One can Explain, he will try to Explain as if it was a Magic... more>> Show thingy, and Everyone who witnesses ALL THAT doesn't want to think too much, lowering their IQ, and just agreed with whatever MC said. LMAO The Flashback of how MC ask other Race to join his still-in-the-middle-of-growing (aka still poor) Empire, when I think about it, kinde remind of Luffy from One Piece. He met new group people/species (Race), he will ask them after he know their personality and all. The point is, there's So Many Reason WHY MC is So Loved and They Make Sense!!! I actually literally let out tears twice on 2 Emotional scenes where they both has MC thinking about his Family. This Novel is Truly Precious!!! It's story about a Found Family that was so Dear and Absolutely Precious, they treat their Loved one as the Universe and would fight for them! Honestly my Feeling toward this Novel is more than just Love. It's so Precious and Important and Truly Eternal and Beyond!!!!! <<less
3 Likes · Like Permalink | Report

Characters: 4 Concept: 3 Consistency/Realism/Plot: 1... more>> Overall: 2.5 Thoughts: The author decided to throw realism out the window, which works out OK for this novel considering that a game that bridges two universes isn’t very realistic in the first place. It’s nice relaxing read so long as you don’t mind putting your reasoning on hold for a while. The author does still provide explanations for what happens and why. The characters are engaging. There are many jealous characters, but all within reason. The ML is pretty on point; he takes the high-cold route, but manages to avoid being an arrogant and insufferable SOB. He is one of the most respectful ML’s I have seen in a long time. The story would be worth reading for their relationship alone if the author had followed through on the promised extras. The side characters suffer a little from having an overdeveloped main cast. I do not think there is a single side CP (unless you tenuously count the Movie Queen and her Cat as a fated, albeit non-romantic, relationship). Deeper Thoughts:
Spoiler

I think the problem is that even people within the book openly decide to disregard any doubts they may have about suddenly appearing extra dads, mermaids, elves, and dragons. At least the Feng Shui masters are tied deeply to the original plot by the (stolen) Koi Luck halo. They collectively decide to stay blind to the unusual. It’s a funny reaction, but doesn’t feel right. This is especially apparent when no one reacts to Chi Yan’s disappearance.

Another major point of confusion is the shifting timeline of the past. The author details the meetings between MC and each race multiple times, but the order seems to include some small changes over time. The first meeting of the ML and the MC just keeps shifting earlier in the timeline due to other events being inserted in between, yet the author details Chi Yan seeing some of those later events during that first meeting. Little things like this. There are some other details that straight up changed as well such as the author not following through on Chi Yan being human ‘now’. The author heavily implies that Chi Yan is no longer an android only to reveal much later that he was only planning to carry out such a change.

How will Chi Yan survive eternity with MC? His body is only going to last so long even if it’s mechanical. Do they plan to adopt or have children? Everything is cut off after the proposal. It is disappointing that we do not get to see more of Chi Yan attempting to seduce the MC with abs and food.

I didn't expect this to be so good. There are so many twists and turns that made made the story more enjoyable. ヽ (*≧ω≦) ﾉ
1 Likes · Like Permalink | Report
Leave a Review (Guidelines)
You must be logged in to rate and post a review. Register an account to get started.