Novel Updates
RegisterLogin
Theme
Search
Your changes has been saved.
The Virtual Character I Personally Raised Wants to Marry Me 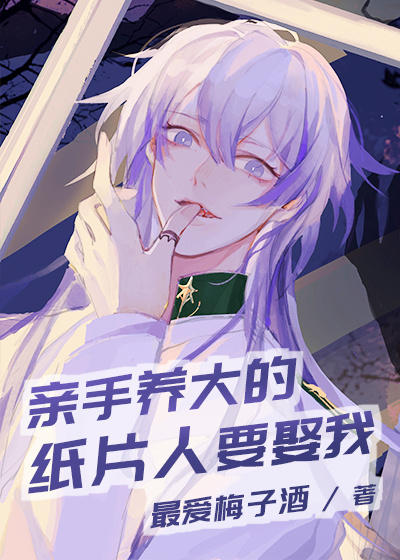 One entry per line
最爱梅子酒

Status in Country of Origin. One entry per line
324 Chapters (Ongoing)

Xu Sili died at a young age. He woke up again only to find that… not only was he alive but he had become the new emperor of an alien empire. The empire was in a miserable state, facing a crisis of being destroyed by alien beasts at any time.

At that time, he fell down on the emperor’s exclusive gold throne. In front of him stood a handsome man in a white military uniform. The man wore knee-high black boots and stepped on his chest. There was a cruel and bloodthirsty smile on his face as he placed the laser gun to Xu Sili’s forehead. He declared, “Die, new emperor.”

Wait, wait! Xu Sili was confused when he saw the man’s face clearly. Why did this man look so similar to the virtual character he raised? Huh? This was the good-looking uniform that Xu Sili put in long hours to gain!

Sheng had a secret. He could hear the voice of God.

During the time when everyone around him was going crazy over the princess, he knew that everything about the princess was actually a gift from God, the one who truly saved him from the s*ave owner—

It was the great God!

He was mysterious and powerful. He had the most moving voice in the world. He stirred Si Sheng’s mind every night, keeping him spellbound and unable to sleep. Si Sheng wanted to see ‘Him’ so badly that he was going crazy.

Finally, there was a day when God asked him, “What would you do if I appear before you?”

Si Sheng knelt on one knee and humbly offered his loyalty. However, he realized at this time that he had a deeper… wilder ambition in his heart for God.

This is probably a story of the main character transmigrating to an alien world and rebuilding a home with his virtual character.

These are recommendation lists which contains The Virtual Character I Personally Raised Wants to Marry Me. You should give them a visit if you're looking for similar novels to read. Alternatively, you can also create your own list.
More Lists >>>

For some reason I can't open the updates from mushroom, was I banned? But the story is really interesting developing the kingdom and stuff but I wanted to see him work on his singing skills. It's really nice to read and sometimes it has cliffhangers that lead me to finding the translator for a good talk. Other than that, I recommend this book.
4 Likes · Like Permalink | Report

This novel has been on my reading list for a while now, and I only started reading it recently after I stack up enough chapters. The only thing to say is... I regret it. I regret reading this when it's not finished translating yet, since I want more! It hooked me up after a couple of chapters and the premise kept me interested enough to delay my school work. The plot is refreshing. ... more>>
Spoiler

it's similar on someone transmigrating to an interstellar world with added game elements and building a kingdom from the scratch.

There's also a but of slice of life in the business part and the excitement and hype of waiting for the actual 'players' to arrive and the reunion of MC and his family.

Unlike other stories, the people MC cares about in his previous life actually appears.

[collapse]
For someone who has been reading BL for years to the point of already knowing where the story will go after reading a bit, this Novel really brought out the excitement of the old days when it was my first time reading novels. <<less
0 Likes · Like Permalink | Report

Before you start this story I recommend at least reading this part if nothing else because I think the summary is a tad misleading: The story is mostly a world/empire-building novel with a romantic subplot on the side. At least the first 50 chapter focus on MC building his kingdom, the next 50 deal with MC trying to integrate NPCs and Players into one harmonious existence (NPCs die for real, players respawn) and the romance happens in small bits in between the kingdom building. If you know of anime, it's... more>> a bit like Sword Art Online or Overgeared where NPCs are basically sentient but only exist in the game world with both the real and VR game worlds co-existing. ————— Our MC's a bit blackbellied and very focused on his kingdom while our ML is the obsessive yandere type. Not the "little black room" type but "takes MC's used teacup and preserves it" type, it didn't bother me because ML also thinks of MC as a god like existence, but if that is something that concerns you then be wary at the very least. I honestly really liked MC's world building schemes, and it's refreshing that the game world MC transmigrated into remains an actual game world. It gets really interesting to see how MC cautiously tries to instill loyalty amongst the players so that the players wouldn't turn his kingdom to ruin and murder his citizens (players think it's a game, for MC and co, it's their actual lives) along with dealing with the fact that he's dead in their world but can meet again with his family in the game world (and whether or not they think he's just a bunch of code). Now, the bad. I don't have many complaints honestly because it's still currently on-going, but I do think this story is one that shouldn't get binge-read because it gets to be a lot sometimes. There's also this part where MC, who was a famous singer before he transmigrated, opens up this digital bubble tea shop in this separate online internet-world in an effort to raise money for his kingdom. The problem for me is just, why bubble tea?? He already recorded a few songs to sell online (like iTunes sort of deal) that were selling, has a past as an accomplished singer, and his powers deal with singing, so why start a bubble tea store?! It's not a huge deal breaker, I just think the author could have used these chapters to strengthen the singing aspect but alas. Overall, it's a bit of a refreshing take on "transmigrated into a game" and kingdom-building because the game-world stays a game and MC will later on be forced to deal with players who very much see it as a game. While not perfect, it's very interesting and I highly recommend giving this story at least a shot. edit: some people have dm'd me asking for a link to free raws but I buy on jjwxc, so please stop asking me. I don't usually mind but when you get 20 messages with just "link to free raw's please", it's a bit annoying. <<less
53 Likes · Like Permalink | Report

This is a gem. It's still ongoing but I am hooked. Whether it's the plot development or the characters they're all written so well. The novel makes me wish there's a game like this in real life.. Even the humour is added at the right parts.
Spoiler

[collapse]
The romance is golden although it feels like a subplot because the world building is just too interesting. Of course I will always support the main couple but the way the side couples are developed are also well done
Spoiler

I just love how both the main characters are vinegar jars.

[collapse]
I'll edit this post in the future when new chapters are released.
6 Likes · Like Permalink | Report

this book draws you in, the characters are interesting, the world building is stable and the main couple is surprisingly healthy not to mention the minor relationships that are featured every now and again. There is just enough plot that you don't get overwhelmed by lovey-doveyness and just enough lovey-doveyness that it can break you away from the more serious parts in the plot. There are misunderstandings but none of them are exaggerated to the point that they get annoying and most of them are pretty reasonable.
5 Likes · Like Permalink | Report

Story is reallllly interesting! I say the love story is cute too, some side ships are adorable and also I’m not sure if the author is shipping them or not but my feelings feels that they are being ship! Ahhh I hope they get together ~~ and also I think this story could really make those people who love games stories like 1/2 Prince or something could really like this! The plots are also laid out and you can see that how the future might turn out like the goals... more>> or something. But there are also some elements of surprise that you would not see coming. It is pretty interesting, have to say the story flow is quite smooth. The idea is not bad at all. I super recommend reading this! <<less
3 Likes · Like Permalink | Report

*Flips story over* wheres the rest of it?! I need more! 🥺 I really like this story. Its like eating fluffy sweet bread. Very entertaining but kinda slow. I really love these slow kingdom building types of stories MC is only slightly dense to ml’s love but that can be forgiven most of the time because ML is super intimidating. MC also has an interesting background. Rich boy singer. Who gets to use music magic. Its like watching a support main trying to dps. Bruh just accept your a support character.
0 Likes · Like Permalink | Report

I loved this one. The worldbuilding is great and it's so interesting to see the development of a game through an NPC pov. The MC and ML's relationship develops pretty fast but it makes sense. The MC only really has the ML to talk too, who understands the MC's situation.
0 Likes · Like Permalink | Report
Leave a Review (Guidelines)
You must be logged in to rate and post a review. Register an account to get started.