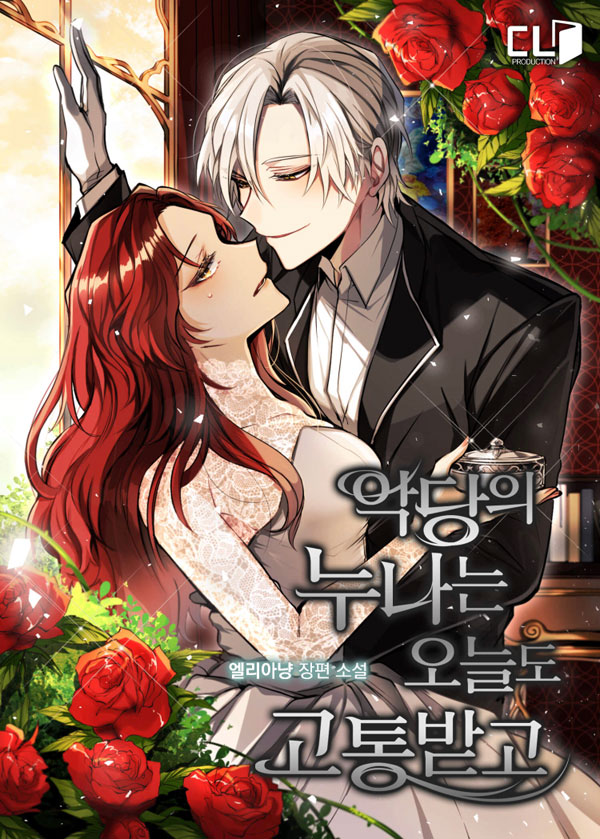 One entry per line
엘리아냥

Status in Country of Origin. One entry per line
146 chapters (Completed)

One entry per line
KW Books

I was killed in a car accident while trying to avoid a stalker.

Is this a reward for dying a miserable death?

I was reborn as a character in a novel that had, not a golden spoon, but a diamond spoon.

I thought I could live my life over again.

Until I found out my brother was a budding psychopath.

“Sister, how about this doll? Do you want it?”

“What about this doll?”

My younger brother ties people up so they can’t move, and insists on them being dolls.

Even I am destined to be killed in the hands of my brother.

‘Let’s leave my little brother to the heroine of the novel before that day comes!’

But… my brother killed the heroine…

If I Happened to Tame my Brother Well (3)
You’ve Got The Wrong House, Villain (2)
I Raised an Obsessive Servant (2)
Methods to Save the Villain Who was Abandoned by the Heroine (1)
Apotheosis – Ascension to Godhood (1)
Unprecedented Pill Refiner: Entitled Ninth Young Lady (1)

These are recommendation lists which contains The Villain’s Sister Suffers Today. You should give them a visit if you're looking for similar novels to read. Alternatively, you can also create your own list.
More Lists >>>

Thanks to the translator for good quality translations! ... more>>
Spoiler

I'm loving it so far. Our MC is a bit powerless and clueless, but she does her best given the situation. It's still a bit early to say for sure what kind of person our MC is, but she's got a spark, at least.

I find ML's brand of psychopathy funny. He's a type of manchild that really can't differentiate right from wrong and only considers his own personal definition or reality of the world. In short, ML is insane.

He ties up people to gift to MC, why? Because MC wants dolls and ML's view of people are the same as dolls. Apart from the doll-thing, ML is just very vindictive and ruthless to people who betray or fail him.

Despite the cliched genre, it still somehow brings something fresh and new.

ML already shows signs of love for MC, but MC still plans to escape from him. We know she's going to fail, but somehow I think it's going to be fun ride.

[collapse]
Before reading this novel, I implore others to check the tags first.
Spoiler

As indicated in the tags, this novel has Male Yandere and Psychopath. So, this story may not be for you if you're not the type to like those. Please continue to read this post in case you want to bash the story for having these tags and/or because it's a yandere novel.

ML is both a Yandere and a Psychopath. However, we don't see him randomly torturing his subjects or others, because he isn't a sadist. Yes, he destroyed a whole tower (people have died), but he didn't do it for sh*ts and giggles. He had a (very skewed) reason. He is clingy (not yet) to creepy levels but there has been no hints that he'll abuse or assault MC.

But he IS a yandere. What do we expect from yanderes? A cringey amount of clinginess, creepy behavior (most likely: stalking, watching someone sleep, may or may not keep mementos like hair or clothing of their loved ones), freaky declarations of love, may or may not be possessive (but most MLs are like this anyway), definitely obsessive, and just generally scary AF.

Do note that there are separate tags for Yandere and Psychopath, because there is a difference. Yandere-ness is the creepy behaviour (caused by mad love), but Psychopathy is just bad behavior (psychologically inherent or learned).

ML tying up people, destroying towers, and killing traitors are caused by his Psychopathy. His strange view of the world makes it seem alright to do these things we think of as batsh*t insane. Yes, his "dolls" are gifts for his sister, but any other Yandere would gift an actual doll. Sure, he destroyed that tower for MC, but only a Psychopath would think to destroy a tower because his sister didn't feel like it was pretty enough.

Does this mean that there is a chance ML might imprison or hurt MC in the future? Maybe, but I think it's more because of his Psychopathy than actual Yandereness. A Yandere who is overly possessive of, abuses, and/or mol*sts the MC is just a possessive, abusive pervert. Not all yanderes are possessive, abusive perverts. These traits happen (not at the same time) to other MLs, not just yanderes, and there are yanderes who are pretty nice and good, but still manage to be hella creepy because of their obsession (mad love).

Don't read this if you don't like YANDERE or PSYCHOPATH and also please don't bash this just because of the tags.

I wish I could rate this higher but even giving it 2/5 is way too generous. I was excited when I first started reading this novel since it had all the things that I love: yandere dudes, and at that time, what I thought was an actually intelligent and competent female protagonist. Clearly, it didn't go the way I expected it to. With each chapter I grew more and more frustrated with the protagonist. Simply put, she's a dumbass. Many of these chapters are just about her thinking about sh*t we... more>> readers already know/realized and it's all presented in a way as if we readers should praise the protag for using her brain (which she obviously doesn't + she's incompetent as all hell). I felt like I lost brain cells just by reading her s*upid monologues. And it's repeated every chapter. I wasn't expecting jaw dropping plot twists or anything like that, but can't I expect a competent heroine with average intelligence, at least? The way their childhood was handled was very baffling to me.
Spoiler

The ML is gifting you live humans as dolls and you practically give zero sh*ts sitting on your ass not even bothering to, oh, I don't know, report this to your parents? Even if it was useless in the end, she should've at least tried something, no?

Also, another thing that came off as weird was how detached she seemed from her adoptive family. When the parents died, it basically was presented as a blip in the story. Like, "Oh, btw our parents died. Moving on..." I understand they are not her real parents, but come on! You lived with them for years yet you present about the same level of empathy as that of a newsreader.

The ML on the other hand does sh*t like blow up a goddamn tower with little to no consequences so, uh, there's that. Well, at least he isn't pervy like some MLs I unfortunately had the displeasure of meeting.

[collapse]
The only positive is the translation quality is very good. <<less
12 Likes · Like Permalink | Report

I really like this. The ML is the best kind of yandere if that's even a thing. Like for a yandere, he is extremely loving, patient and worried for the female lead like a good dude. Sure he's insane but like one reviewer said, it is more to do with his actual insanity and lack of empathy than from the typical yandere behavior. Ehh, you really just have to read it to get the difference. Also, the translations are amazing. It gives the genre a new feel and a fresh... more>> vibe. I can't ignore how great the story is translated. Instead of the ditzy clueless feel I get from female leads when they start doing their monologues, I genuinely feel humor and comradery with the MC in her insane predicaments here. That is a huge plus when I don't have to roll my eyes every few seconds from an mc's way of speaking or thinking. <<less
8 Likes · Like Permalink | Report

When the FL finds her brother's psychopathic behavior as a child, she ignores it n doesn't inform the parents or tries to make him understand properly. Just hit n scold. She spends too much time on using her s*upid brain thinking up useless things, and she can't even execute them properly. It's like she lost all common sense and intelligence after reading the book. Is she really a person from the modem world? She didn't acquire much knowledge from the world she's living in (like the communication device) but she focuses on Boss level things like the marbles from the book.

She lives in fantasy and what WILL be instead of what CAN be. It's like the book is her only window to the world. Dude, u don't live in a tower imprisoned, go out n learn all kinds of things for when u run away n don't live off of diamond spoons. Well it's useless blaming the character when the author is dimwitted. They couldn't wait to jump over past incidents but now wasting time on trivial same day activity n frustrating monologue of an idiot.

And the ML is just a duke, not king. Well even a king is not omnipotent. He does crazy sh** like destroying public properties n what r the consequences? And do psychopaths do these kinds of things openly? Well I won't be reading it anymore just to lose brain cells. I could keep complaining but that'd just waste more time.

This is my favorite korean novel. Reading this make me laugh at every chapter. This is best novel with best yandere male lead. I really love this crazy yandere male lead. He is so good, patient and doting on MC. He may be ruthless, cruel and indifference to other but to MC, he is very caring and loving. He is very different (not like human). His thinking, action and insanity is different from human. Thats why this novel is interesting and funny. Also MC was very carefully to her word... more>> or her psycho brother may killed characters included heroine with her careless or joke words. Reading heroine getting killed again ana again by ML is so funny and the way MC revived her lots is so funny. Highly recommend this funny gem novel. <<less
5 Likes · Like Permalink | Report

The story is soo fluffy and sweet!~~ I always waiting for this to be updated! Dear translator... thank you for your time and hard work in bringing this story to our heart! Loves!!!
4 Likes · Like Permalink | Report

I like this kind of story with the ML being a yandere. though I pity him a bit as she is quite dense to his feelings. but I find it quite sad that I won't be able to read the continuation to this here anymore...
0 Likes · Like Permalink | Report
Leave a Review (Guidelines)
You must be logged in to rate and post a review. Register an account to get started.