Novel Updates
RegisterLogin
Theme
Search
Your changes has been saved.
Advertisements
The Villainess who Only Had 100 Days to Live Had Fun Every Day 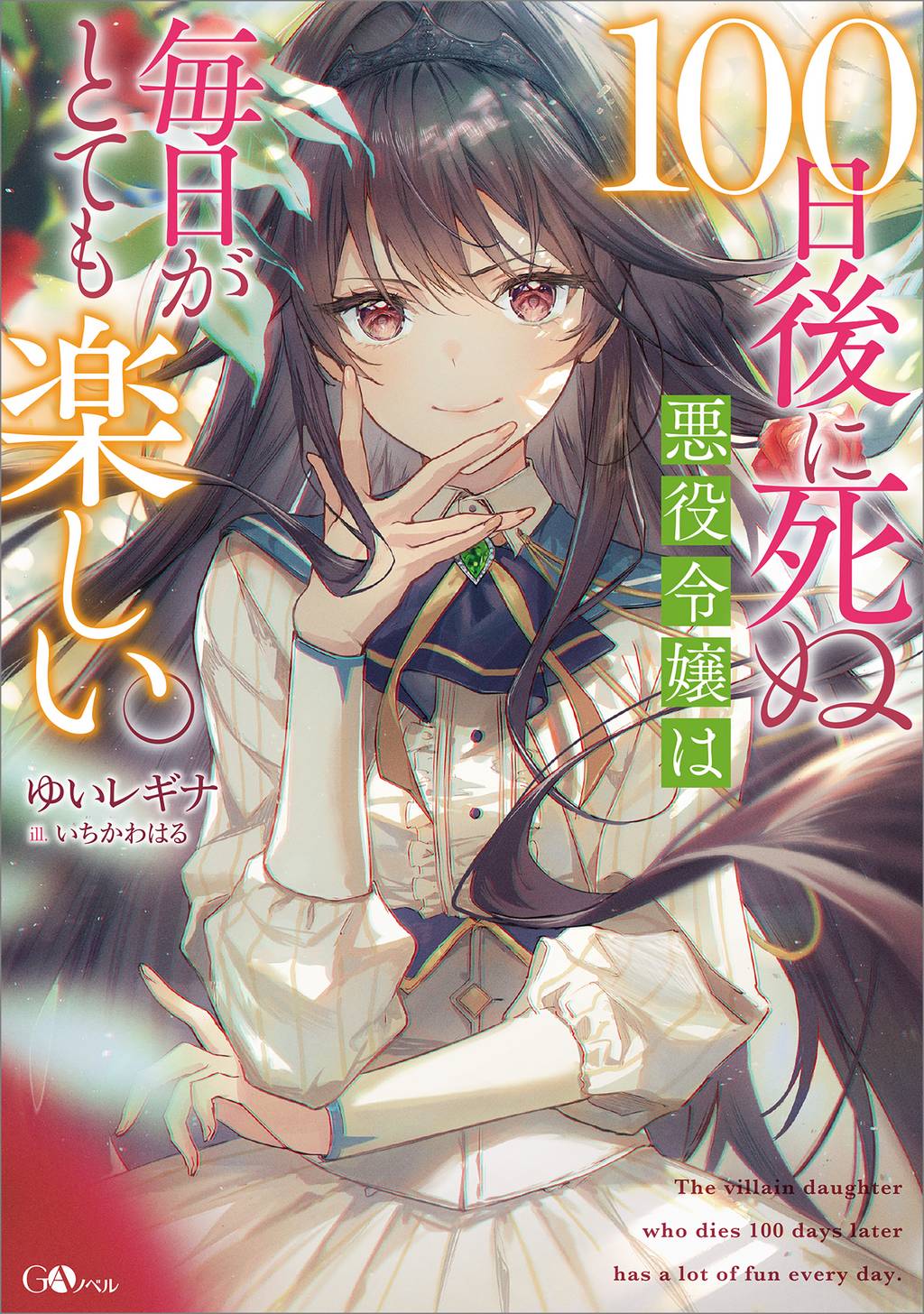 Status in Country of Origin. One entry per line
61 Chapters (Completed)

The Duke’s daughter, Lelouche, received a revelation from God.

There were rumors that her fiancé, the crown prince, had found another woman and was about to annul their engagement.

…Moreover, it seemed that no matter what she did, Lelouche couldn’t escape her death. However, the circumstances and the method of her death could be changed.

After being told that, Lelouche offered a bet to God.

“If I can show you a beautiful death, I want you to reward me.”

“Alright. In your next life, I will grant your wishes.”

She couldn’t leave that thieving cat as it was. She also had to do something about her withdrawn brother. She had to prepare something to support her parents.

She had a lot of things to do…!

In the end, she shall regret nothing…!

Thus, a life where she made a bet to a God had begun.

One entry per line
100-Nichi-go ni Shinu Akuyaku Reijou wa Mainichi ga Totemo Tanoshii.
The Villainess who Only had 100 Days to Live Had Fun Every Day
１００日後に死ぬ悪役令嬢は毎日がとても楽しい。

These are recommendation lists which contains The Villainess who Only Had 100 Days to Live Had Fun Every Day. You should give them a visit if you're looking for similar novels to read. Alternatively, you can also create your own list.
More Lists >>>

I definitely loved the novel, the way it was written and the protagonist's personality enchants me, I read it on the site where the author published it in Japanese, so it was kind of difficult for the translator !!BIG spoiler warning!! ... more>>
Spoiler

As I understand ML is the God, he falls in love with her, in her first life she was a witch, he was a hero then he becomes a god, he wonders why FL never smiled, so he made her reborn several and several times, however, she always lost her memory, so he ended up falling in love with her, after so many attempts to make her smile, God decides to warn that she would die in 100 days, according to him, this because of his "selfishness ", and then she lives the 100 days making Remyer a good future queen, she also makes her brother recognized by her paintings, and helps her parents stay strong so they can withstand her death, then she dies on prom day, dancing or something, her fiance picks her up in his arms crying and Remyer screams that FL could be the only queen while crying, she and lelouch really became close, her best friend, the prince, her fiance's younger brother, after his death developed alcohol problem, however, later he becomes a hero and lives a normal life, when FL dies, God comes to get her for the afterdeath, so she asks him to dance, he says he can't dance, so she just takes him in her arms and starts to spinning with him in the air simulating a dance, she asks the god to fall in love with her, and then she comes to the afterdeath after a while FL comes back and gets ML.

[collapse]
so end of story I would definitely recommend this novel. It's mysterious and endearing, you always think the protagonist will do something, so she surprises you by doing something beyond expectations, I mean, her attitude is so calm <<less
22 Likes · Like Permalink | Report

Wow this is a good one. I definitely liked the FL's personality and this got me to continue reading. Definitely worth it. It's quite short so it's not dragging the story. Recommended.
5 Likes · Like Permalink | Report

At the moment of writing this, there are only two properly translated chapters. After reading the second chapter, I have to say that I was about to drop the story. But, I MTLed it for just in case. Guess what? I continued reading until chapter 32. That is to say, don't lose hope. The story is more mysterious, complicated, and unique than expected.
4 Likes · Like Permalink | Report
Leave a Review (Guidelines)
You must be logged in to rate and post a review. Register an account to get started.