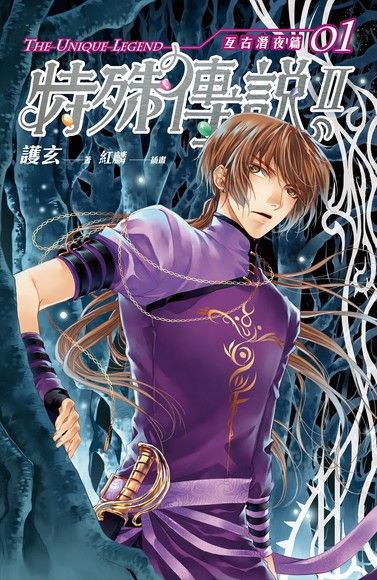 One entry per line
蓋亞

If the heart speaks, its words must be a curse.

After Senior is away for 11 months, Yangyang becomes a year 2 student.

In one of the Guild’s missions, he encountered a legendary magic beast,

Yangyang initially thought the magic beast was pure and innocent, but it not only turns out otherwise,

But has also even conveniently integrated into his life…

The medical base has been attacked, forcing the deep-sleeping Senior to be immediately sent home.

And yet, the emergency escort team formed is claimed to be the worst!

Comprising the purple robe and black robe who are perpetually on cold war, the Unicorn full of smutty interests, and Devil Master and Assassin who are widely frowned upon!

Goodness! The journey has only just started and the situation is already in a mess!?

These are recommendation lists which contains The Unique Legend 2 – Ancient Night. You should give them a visit if you're looking for similar novels to read. Alternatively, you can also create your own list.
More Lists >>>

UL is one of my favorite series! I MTL this a few years ago and there's so much character growth for the MC and company. I can't wait to read the actual translation for season 2 part 1! Thank you to the translator for picking it up!
5 Likes · Like Permalink | Report

Unique Legend was one of my favorite novels! I’m so excited someone picked this continuation up... If this is the first time you’re encountering this, you should go and read the other prequel first because this starts off with the assumption you know all the characters and backstory.
5 Likes · Like Permalink | Report

In this next season, we follow the growth of our MC YangYang and watch how far he as come since S1. This whole journey brings about a new layer of plot and reveals more details about what happened in the past. And how, history will repeat itself like a cycle. YangYang falls deeper in his ties to the other world alongside this new cast of companions which are all lovable in their own way. (I do wish Senior plays a greater role after the incidents of S1. This part will set... more>> up the bridge to the future and the next installment so~) Please do continue to watch out for our funny little chick that started to learn how to fly! <<less
1 Likes · Like Permalink | Report
Advertisements
Leave a Review (Guidelines)
You must be logged in to rate and post a review. Register an account to get started.