Novel Updates
RegisterLogin
Theme
Search
Your changes has been saved.
The Secret of the Seal

Home >
Novel >
The Secret of the Seal 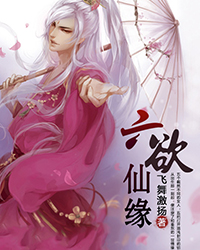 One entry per line
Dancer Flies In Excitement
飞舞激扬

Status in Country of Origin. One entry per line
2379 Chapters (Completed)

One entry per line
Tadu

Before death Qin Tailong left two magic tools to his son, Qin Dong. In his father’s last words, Qin Dong realized his father had been murdered by Lord Wanpeng, who coveted one of the family magic tools—mystic chaos ring. Bearing the hatred in mind, Qin Dong swore to revenge against his foe. He escaped to the mortal realm temporarily, continued to strengthen his cultivation base and studied the secret hidden in the seals of the ring. While reveling the secret, he found five ladies were the key to the release the seals. Their romantic relationship with Qin Dong was established the moment he was born.

One entry per line
六欲仙缘

These are recommendation lists which contains The Secret of the Seal. You should give them a visit if you're looking for similar novels to read. Alternatively, you can also create your own list.
N/A

First Impression for the novel is it's quiet readable let thumbs up for the TL now about this novel I was glad at first I thought I found another unique one but soon felt disappointed, well that's nothing new from reading hundreds of novels with the same theme. Things I dislike so far ... more>>
Spoiler

The MC was either a retarded or an idiot (but that is the norm for most MC) While the from heaven escaping to the mortal realm made it interesting, as I read I discover that it was another same good old boring plot. First MC's Identity should be unknown but was pick up by a woman (plot armor) and strange thing no one question him. Another things is MC pretending to be weak, while its a good plot but I feel like it's over use for novel with this kind of setting. I mean unless a person is a retarded and an idiot they can notice MC is OP but with the authors power no one notice a thing. For example MC defeating 2nd and 3rd strongest girl in class and 1st strongest was like he use a cheap trick (I was like yeah right).

The characters in the novel so far are useless, they are like wasting their rule to much. For example MC was suppose to be a useless young master so why the hell no one notice MC change compare to the old young master. Then you wanna foreshadow it that that young master is still out their alive somewhere? (To hell with that) The leader of the clan already favor MC and wants to earn MC favor but he still let other member of his clan look MC as trash. Regardless if MC want's to hide his status to others as the leader of the clan he should prevent such behavior.

The girl are being evenly divided by love and hate that it also look stupid. One girl is obsess towards the MC another one hated him to death. But don't you find it strange if a person hated you that much he/she will be the first to notice any change and yet this girl remained the same.

[collapse]
To sum it up I can't rate it yet because I still find it interesting regardless of my rant but this interest will fade fast because I read 100 different novel here with almost the same setting. So it's up to the story if I can still continue reading it or not to early to decide to give up who knows it will drastically improve later. <<less
10 Likes · Like Permalink | Report

The story is literally garbage. MC is powerful at the beginning after arrival at the mortal realm, meets a group of people that he saves BUT he willingly gave them benefits (some of his own treasures) when those arrogant toots he saved "threatened" him (e.g, give me this treasure and I shall forgive you for offending me). I couldn't really read on after that, but I still went on. The story is poor; extremely poor. It flows extremely badly, and the characters within are extremely spontaneous. The worst of it... more>> all is that the MC just keeps giving in to people who keeps offending, even when he is fully capable of putting them in their places. This is probably one of the most garbage novel I've ever read in the past 5 years. Never again will I touch this piece of garbage the author calls a novel. p.s. Why would you make an OP MC but has him play out to be a flipping weakling? That completely beats the purpose of having the MC being OP in the beginning of a novel when he doesn't utilize it. He's not even playing the pig to eat the tiger here; he's literally just being a pig. <<less
5 Likes · Like Permalink | Report
Leave a Review (Guidelines)
You must be logged in to rate and post a review. Register an account to get started.