Novel Updates
RegisterLogin
Theme
Search
Your changes has been saved.
Advertisements
The Rotten Lady Rosa Wants to Watch Over Love from the Shadows 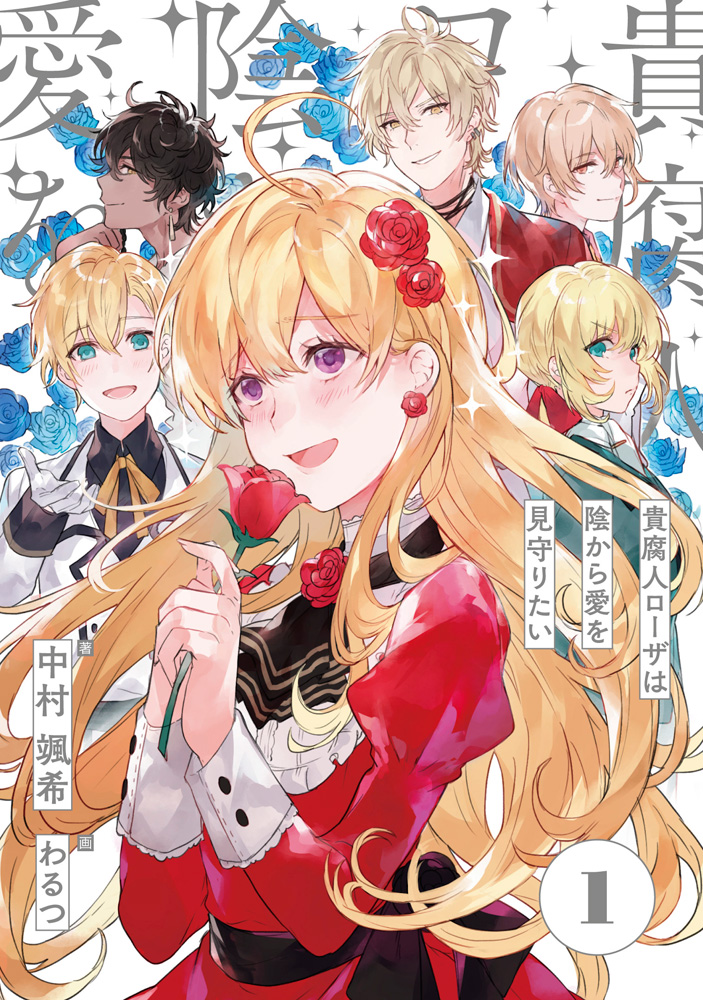 One entry per line
中村 颯希

One entry per line
わるつ

Status in Country of Origin. One entry per line
81 Chapters (Completed)

The daughter of the Earl, Rosa, was known for her beauty and compassion. But in reality, she was a rotten lady who pursued her ‘moe’ by making delusions of ‘rose love’, the romance between men.

Her dream was to become a nun and write down a ‘bible’, spreading the rose love throughout the continent.

As the preparation of entering the priesthood, she donated to the monastery (as a bribe), strived to improve literacy (to prepare for her missionary work), and made humus for her territory (as the symbol of rottenness). One day, she met her half-brother, Bernard, a fourteen years old boy.

Concluding that Bernard was the ideal ‘uke’, a talented person that only appeared once every a thousand years, Rose devoted herself to ‘Bell-tan’s Harem Plan’. However, her rotten behavior was mistaken for noble deeds. The princes, princesses, and even the foreign princes started to get involved, and she began to spread her influence all over the country…?

This was the story of Rosa von Langheim, nicknamed the “Rose Angel” as the symbol of her nobility and charity, who was the most rotten lady of all.

One entry per line
貴腐人ローザは陰から愛を見守りたい

These are recommendation lists which contains The Rotten Lady Rosa Wants to Watch Over Love from the Shadows. You should give them a visit if you're looking for similar novels to read. Alternatively, you can also create your own list.
More Lists >>>

I have mixed feelings for this novel. On one hand, I don't really like the fetishization of gay (and later on lesbian) relationships but on the other hand I understand that it's the novels entire basis and I dont like it I shouldn't have even started it. As a novel, it's not bad. MC is basically a BL fanatic who has an extreme holy mother halo that warps everything to her favour. The comedy is basically in misunderstandings and her increasingly Holy reputation. There's a surprising amount of plot behind the... more>> comedic veneer and certainly the MC basically Halos herself into everyone's good graces but the MC is also not a bad person? No matter her delusions of motivations, she still treats everyone nicely and did do the charitable deeds. It's understandable why she has such a good reputation. To be fair, she also doesn't really push her delusions on others and just has intense thoughts. Romance was disappointing in that there's not much. After the initial doubt-to-'wow she's so pure and beautiful and kind", they don't really interact? It just moves on to the next character in need of redemption. Ending was also pretty boring and felt like the author just wanted to end it. Tbh, felt like the author kinda wanted to write plot but had to go along with the initial premise and gave up on romance. 3.7 rounded to 4 <<less
18 Likes · Like Permalink | Report

This novel is so interesting but there has been no further news of the next parts. I think for people who reads Yaoi and Yuri, would love this kind of story/setting. I recommend you to think soft Stan not hard Stan
3 Likes · Like Permalink | Report
Advertisements
Leave a Review (Guidelines)
You must be logged in to rate and post a review. Register an account to get started.

A (Not So) Simple Fetch Quest
Advertisements