Novel Updates
RegisterLogin
Theme
Search
Your changes has been saved.
Advertisements
The Richest Daughter is Three and a Half Years Old 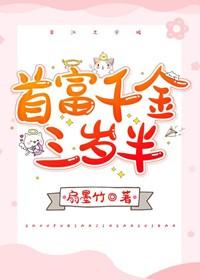 Status in Country of Origin. One entry per line
74 Chapters (Completed)

After the three-and-a-half year old MiaoMiao was rescued from the human traffickers, the entire very rich Wen family placed the little princess that they had nearly lost into their hearts.

When Father Wen just finished a video conference, and was just about to get ready to go inspect the company, MiaoMiao tugged the hem of his clothes, puffed up her cheeks and stared at him.

“If Daddy doesn’t accompany me to the hospital, I refuse to go get the body checkup!”

So as a result, during the health checkup it was discovered that Father Wen had early stage lung cancer. Due to the timely discovery, Father Wen recovered very smoothly.

Brother Wen planned to take his wife and sons to a foreign country for a vacation, the tickets were all booked, but MiaoMiao wanted to be with her nephews, so they changed their destination at the last moment.

Brother Wen gently patted the troublemaker MiaoMiao and said, “Wherever you go on vacation is the same, so we’ll just follow what MiaoMiao says.”

On the day of departure, the flight they were originally planned on taking crashed, with no survivors.

The Wen family looked towards their naive and innocent daughter, she is their lucky star!

MiaoMiao has an older sister called System, but no one else knows.

Sister System told her that as long as she gets close to her family, she can use her family’s Intimacy Values to increase her family’s wealth, charm, health, luck, and even change their tragic future.

MiaoMiao worked tirelessly being a little tail to change the fate of her family. When she peacefully returned to kindergarten, she met a little chubby boy.

The kids at the kindergarten laughed at him for being fat and bullied him. MiaoMiao immediately stood in front of him to protect him.

“So what if he’s a fatty, Fatty has good potential!”

When MiaoMiao discovered the Sister System can help the little fatty lose weight, MiaoMiao chose to help him without any hesitation.

When little fatty got skinnier, he became known as a little handsome boy, he could even fight well too. After counterattacking he grew up with MiaoMiao as childhood sweethearts.

After growing up, MiaoMiao discovered that from early on, she has held this “good potential” in her hand.

One entry per line
首富千金三岁半

These are recommendation lists which contains The Richest Daughter is Three and a Half Years Old. You should give them a visit if you're looking for similar novels to read. Alternatively, you can also create your own list.
More Lists >>>

A nice slice of life story, although there's something the author add that doesnt necessary but overall the story is a nice read
0 Likes · Like Permalink | Report

I posted about this in NUF. This is cute but just felt draggy most of the time. There's no significant character development because MC already has a perfect life. Everything good in life will automatically flows to her.
0 Likes · Like Permalink | Report

I was wondering why it had so many low ratings, it started well, it's very similar to "Little One Tears the Villain's Script", even though the title made it seem like a walmart "The Richest Girl Just Started Kindergarten", I don't even know why they went for this title though, there is age progression here. Anyway for what it is it seemed alright, I didn't see a reason why someone would give 3 stars to a novel of this genre, imo these novels only need to be cute and funny... more>> to get 5 stars. That's what I thought at first... TW/ S*xual harrassment. I'm putting it in a spoiler just in case... but I think this really should be warned Anyway, the author decided to have the
Spoiler

ML be m*lested... I found it weird, like yeah, that happens, it's weird to put it in a shoujo though. I found that part distressing tbh, and some could find it worse. Anyway, then I realized why the author added that, it was pretty much an excuse to make him scared of women (except MC ofc). MC also met a pervert (why add so many perverts??) and an immature kid that liked her, although she wasn't m*lested, she was still warned by the system and it led her to avoid guys that were into her. Bear in mind, they were what? 3 or 4 years old??? There are better ways to make them avoid the other gender lmao.

[collapse]
Besides that it's pretty funny, cute, and light hearted. Based on the description I thought the MC defended the ML because the system told her he had potential or something, but no, haha, she's just into chubby kids. That's adorable. Also the translator is doing a great job! props to them! And the MTL is also very easy to read. <<less
4 Likes · Like Permalink | Report

it’s an enjoyable read so far! The MC is very cute (i like how she really actually is a child, and not just an adult in a child’s body)
2 Likes · Like Permalink | Report

I do like and enjoy this story, but there are a few parts about it that just makes me rate it lower. Firstly, the story is extremely straightforward and bland. Yes, it’s a fluffy slice of life, I get it, but currently it’s literally MC looks at stuff blinking red, asks system what’s wrong, and just follows whatever system says, and bam case closed everyone saved. The things that happened in the summary of this novel? Concluded in a literal chapter or two after it appears. Every character aside from the... more>> MC and the system also feels extremely generic since they don’t really do anything much beyond going “aww” at MC and getting shocked at the close shaves they have and thinking MC is lucky star. That being said, if throwing your brain out the window and only wanting pure adorable fluff is your thing, then look no further because the MC is so cute you could probably feed off her fluffy energy for days. The system is also a pretty fresh take from the typical systems in such slice of life novels so far as its actually trying its best to slowly teach and help the MC to save her loved ones. The author also portrayed the system much more humanlike then other systems I’ve read in other novels. Also translation wise it’s understandable but quite a significant amount of small spelling and grammatical errors that the translator probably missed out and didn’t proofread on. overall, as the translation is still not beyond chapter 20 at time of this review I will update as I continue reading it, but so far it’s a 3/5 for me. very fluffy. MC very adorable. But that’s it. <<less
1 Likes · Like Permalink | Report

I just read the mtl to the end. It's sweet with no drama just my cup of tea; just as I said there isn't really a "villain" just little conflict between classmate that we all experienced but the face slapping in those part are my favorite
0 Likes · Like Permalink | Report

The reveal of what the system was was confusing though. I read through mtl but if the system was really her self from her original future it doesn't explain the point system nor how she knew the things she did. For example who her future husband was when she never married him originally or that her father and uncle were being hit on. Also if the rest of the systems were like that, the MC notes she sounds like she's chewing on something or eating when she like consumes them. The implications there are sort of horrifying.

Tbh, I think the author just wanted to write childhood sweethearts but because it's too simple, they added the system. I don't think the system played a super important part most of the time. The story is mostly about schools. However, I think the system will play a more important part after chapter 54, but I got bored and really couldn't continue anymore. I read this story after "The little one tears the villain script" and I found I like that one way better. The story got more plot there.
0 Likes · Like Permalink | Report

Honestly mediocre. It's fluffy, but then it gets boring and feels draggy. Also, there's so many weird progressions that I don't feel like contribute much to the story. I liked the story's idea (I read all the 3 and a half years old MC stories LOL) but execution was way off par imo unfortunately
0 Likes · Like Permalink | Report

Both the MC and the ML is suuuuper cute. They rlly act appropriate to their age. I love the twins, too.
Spoiler