Novel Updates
RegisterLogin
Theme
Search
Your changes has been saved.
The Rebirth of Crazy Ger 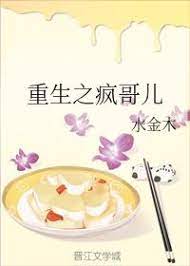 One entry per line
水金木

Status in Country of Origin. One entry per line
completed (178)

After being a young master for more than ten years, he was reborn overnight became a ger who had nothing. This ger was still a lunatic!

Crazy people were hated in the tribe! He was also bullied and robbed! In the end, he was forcibly betrothed to a beastman that he didn’t even recognize.

After accepting the facts tremblingly, Wang Jin began to use the golden finger to reverse the adversity.

Being disliked by others and then becoming everyone’s favorite, snatching back everything that was robbed, as for… the beastman who was forced to marry…

Wang Jin looked at the man who had been standing by his side, and the man felt his gaze, looking back at Wang Jin, his indifferent eyes suddenly became warmer. He stretched out his hand and clasped Wang Jin’s ten fingers tightly, and said softly: “In this life, I only want you alone, no matter whether you are a little lunatic or not.

Forget it, this man… is quite interesting, so let’s keep him!

Years later, Wang Jin was pregnant with a big belly, gnashing his teeth with hatred when he saw the gentle and flattering man in front of him.

We agreed to only be together, and never get pregnant!

A man’s mouth, except for himself, was a deceiving ghost!

One entry per line
重生之疯哥儿

These are recommendation lists which contains The Rebirth of Crazy Ger. You should give them a visit if you're looking for similar novels to read. Alternatively, you can also create your own list.
More Lists >>>

This novel is not bad, but it's not quite the slice-of-life, infrastructure-focused story that I was imagining XD. As a result, I ended up dropping midway. Rather than infrastructure, this novel focuses mainly on romance and drama. Which is fine, but in a beastman/primitive-era-setting, it felt a little bit out of place to me. IDK, it may just be because of the MTL's quality that it felt weird (it's about 70% readable, but I can't be sure because the author is particularly descriptive and I ended up skimming lots of... more>> parts to do with appearances of the characters -- of which there was many!) SUMMARY: Anyway, the MC of this fic is a transmigrator called Wang Jin. He transmigrated into the body of a 'little lunatic' who had lost his memories and found himself in a foreign tribe. This tribe didn't treat the original owner very well, and even arranged for him to be married off (though, to be fair, this marriage was more of a punishment to the ML than the MC XD.) Speaking of the ML, his name is Yuan Heng. He's a powerful beast-man who can also be considered a foreigner. The person that the leader of the tribe likes is obsessed with him, and thus, he is forced to marry the lunatic. The story begins after the MC and ML have been set up. The MC is a very spoiled and coquettish type of person. His body is so sensitive that he bleeds pretty much everytime even a bit of force is applied, so it's not completely because of his personality that he's so loud and domineering (though it's certainly a big part of it). As it happens, the ML is the doting and spoiling type. So, the two end up fitting together quite nicely. THOUGHTS: If you want to see a slightly not-so-typical spoiled!shou and doting!gong pairing in a different setting, then this is not a bad story to try out. I think I could have read it till the end if it weren't the MTL and the lack of ambition in the MC. It's true that he really just gets swept along with the plot most of the time. Mainly because his personality is designated to be as such (you know, lying down while bossing people around). I don't recommend reading this if you're sensitive to personality types like these, I guarantee you'll dislike it quite a bit XD. I don't mind because I enjoy reading unique characters, and this MC doesn't act spoiled for no reason. The author did a pretty good job setting him up with a background and physique that explains most of his annoying traits, and I find that interesting. I also don't recommend reading this if you're looking for infrastructure-building or clan-building (which is what I initially read this novel for). There is a little bit of that, since the MC is given a golden finger (the ability to conjure formulas for food, equipment, clothes, etc.). However, it's definitely not the focus. It may be played with a little more in the second half of the novel, but I can't be sure. Whichever is the case, I'll come back and reread when the official TL is further along. Hopefully, at that time, I'll be able to enjoy the novel more! (For now, I won't be rating the novel because I read it mostly in MTL, and thus can't be sure if my impression is accurate XD.) <<less
0 Likes · Like Permalink | Report

More like 3.5 MC, a rich but flimsy young master from an (i assumed) ancient era, suddenly transmigrated to a world filled with beastmen and ger, and unfortunately still transmigrated into a ger with frail body that can get hurt even by doing almost nothing, and a "lunatic" too. Cheated, ML ended up marrying the lunatic MC (OG ger), decided to be good to his lil lunatic wife, and actually falling in love with each other. Ofc, the villain white lotus can't stand it, and getting crazy, trying to hurt MC while... more>> expecting ML to return to him, which is his fantasy only. Altho I despise the cannon fodder leader/chief, I do pitied him for loving the white lotus, esp for his miserable younger brother fate. MC also has his own golden finger aka cheat. He becomes knowledgeable and knows things. He brought those knowledges and improve the life of the tribe he's living in while his weak body not even able to work on anything, and his part actually done by others. Imo, MC's setting is baffling enough, but hey, that's what the author wanted. Now fast forward to MC (the OG body identity) being found by his family, and actually has a noble identity, but unfortunately bullied to the point of insanity and ended up dead. Turns out his status is quite intriguing, and his relationship with ML was tested. Old enemies tried to hurt him again, but fortunately MC has replaced the OG, and ML is by his side to protect him. Well, that's as far as I can write the resume til the chapter I read. Won't spoil the details. I'll update when I finished reading this one. <<less
0 Likes · Like Permalink | Report
Leave a Review (Guidelines)
You must be logged in to rate and post a review. Register an account to get started.

AI Cultivation: Reborn as a Sword